More detailed information about incubated startups and collaboration with Ubisoft. 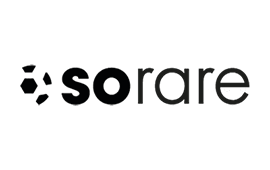 After having been accompanied by the incubator program, Sorare completed one of the most important funds raising in 2021 (c.$700m). 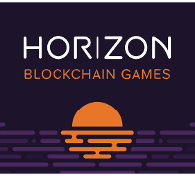 Horizon Blockchain Games is driving Web3 adoption by making blockchain easy, fun and powerful for users and developers. Sequence, their wallet and developer platform, provides a seamless experience for Ethereum, NFTs, Web3, DeFi and Dapps. Their game Skyweaver—powered by Sequence—is a free-to-play trading card game where players can win, own, trade and sell NFT cards.

BrainLeap trains attention through gaze-driven video games. Based on 30 years of academic research, their games improve attention skills and reduce distractibility. To play with BrainLeap’s attention training games, gamers will use an eye tracker rather than a mouse or keyboard.

Guild of Guardians are building a free-to-play role-playing game where players can turn their passion into assets by crafting, summoning and trading in a real money economy.

Planetarium is an ecosystem for community-powered and decentralized online games. Planetarium is also developing Nine Chronicles, a fully decentralized role-playing game and recently raised funds with Animoca Brands and Binance Labs to develop its game on Binance Chain.

Hugging Face is developing a leading machine learning platform to build, train and deploy state of the art models powered by the reference open source in machine learning. In March 2021, it raised a $40m Series B led by Addition.

Mimesys develops hologram teleconferencing software and has been acquired by MagicLeap, a US-based company that provides augmented reality tools for enterprises.

Azarus is a new interaction layer connecting players, publishers and creators across all games. Through a connection to game statistics and events, Azarus uses the data to operate verifiable multi-faceted interactions letting players, creators and publishers set their own rules, stakes and rewards. Azarus partnered with Ubisoft on its new game Assassin's Creed Valhalla. It recently raised $4m to add its overlay for trivia games to titles such as League of Legends with its existing investors among which Galaxy Digital and Animoca Brands.

With Augmented Reality, Immersiv.io is able to provide fans with an unprecedented live experience. Whether watching through their smartglasses or smartphone, they get access to and interact with all the information they need to enjoy a game: video streaming, replays, stats, social feeds, editorial content and more regardless of their location, at the stadium or at home. 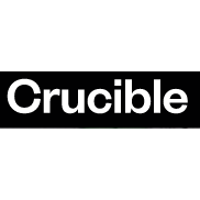 Crucible is a web3 company that designs and creates software to enable game developers to build within the open metaverse. Its core technology is Emergence SDK, a sovereign portable digital identity for players in blockchain-based gaming which will launch in 2022 on Unity and Unreal Engines.