"How do you know if you're ready?"

A participant was asking our Lead Artist Genard Ancero during his Ubiversity webinar.

It was a question every budding 3D artist has in the back of their minds, that eagerness to know if you have what it takes to work in AAA.

As someone who got hired by Ubisoft as a fresh graduate – who built experience by attending local exhibits and doing challenges – Genard was the best person to answer.

"Sometimes you just have to try," he said. "I just spent my time in college practicing in 3D and attending exhibits."

While he learned the basics in school, Genard took advanced lessons in his free time.

"If you already know on your end that you did your part, now it's your turn to try."

A leap of faith, Genard calls it, and it made all the difference. 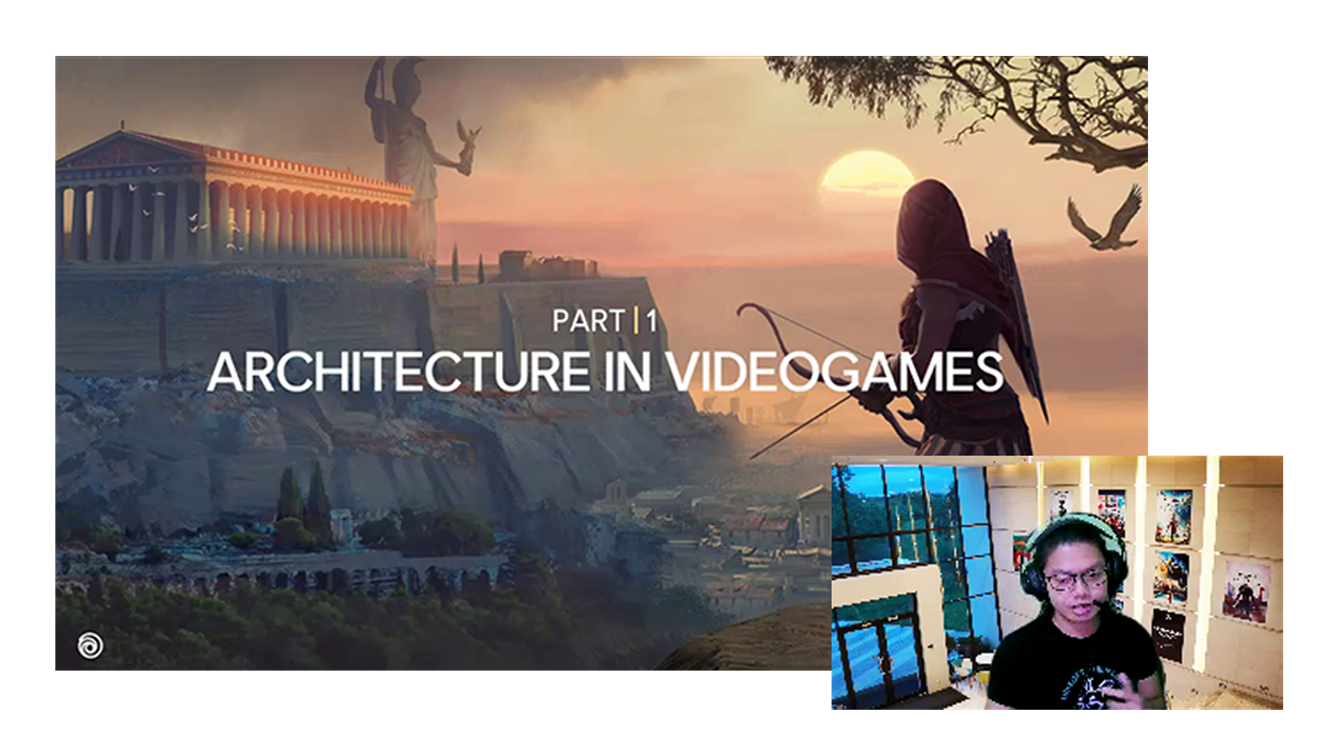 The fact that he was sharing this story in our Ubiversity webinar to over a hundred participants, many of whom were just like him years ago, was an indication.

He had come full circle.

From fresh graduate to junior artist to the lead of his own team, he is now at the other end of the loop – that side on which he has the perspective and personal obligation to guide new talent.

Yet, for all that he shared in the webinar, there is still so much more about his journey.

Successfully landing the leap of faith was only the beginning.

The adventure that followed was the real challenge, one where he would grow not just as an artist but as a leader who chooses to pay it forward.

“I knew it wasn’t going to be easy,” Genard said when asked about his expectations coming into Ubisoft Philippines.

“But it was an eye-opening experience,” he added. 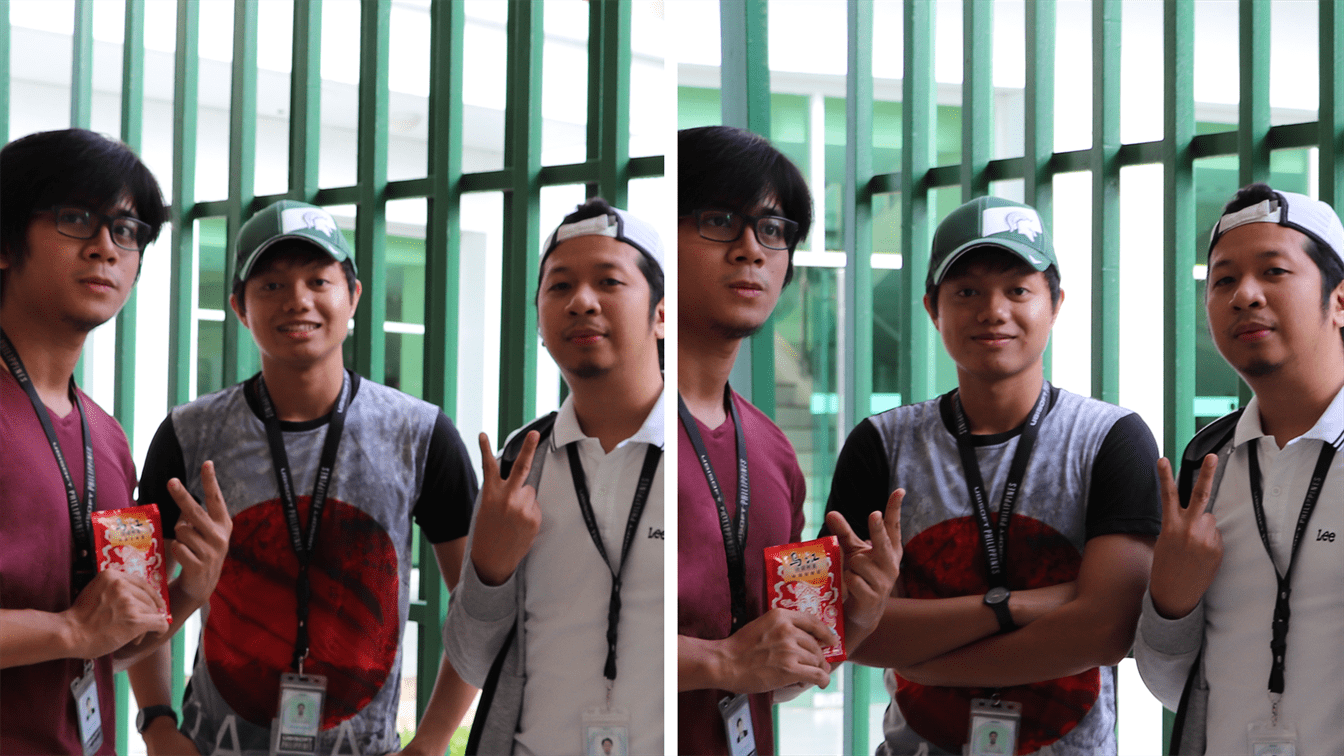 As a then Junior Artist in 2017, Genard recounted the onboarding process with his batchmates.

He remembers it clear as day: they were lining up assets, confident that what they made were ready for the final stages. Then JP Tan, the Art Director, walks in the room.

“He came in, looked at them, and said ‘Oh these are just placeholders’ – and we thought they were already polished,” Genard said laughing.

“That’s when we realized that we weren’t there yet. That we had to work hard.”

And they did. Over several weeks, Genard and his batchmates underwent training, with modules laid out for them. They were trained to be keen – to develop the eye for quality.

All the while, JP and art leads like Mark Gesmundo and Kenneth Hitosis were very hands on. 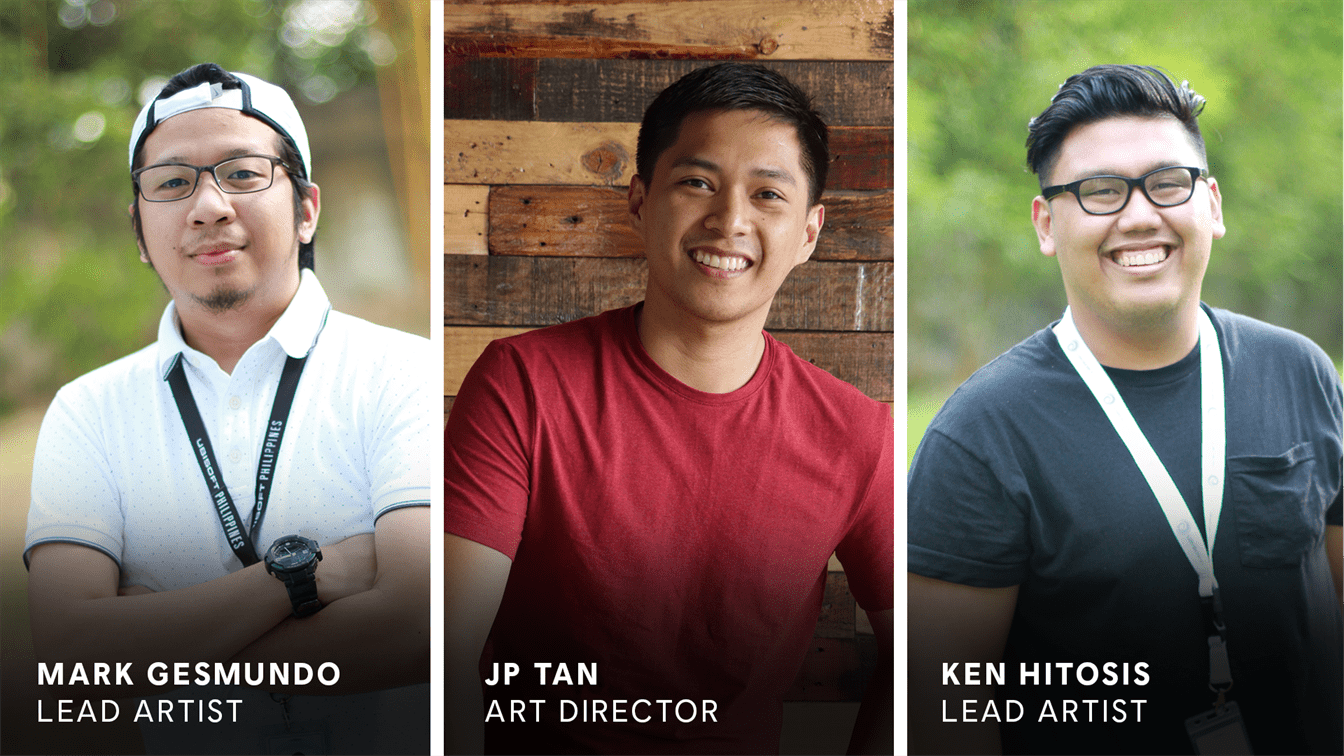 The challenge was to avoid focusing too much on smaller details and not get any work done. That was very common among juniors, Genard said.

“Imagine a big canvas. As a junior, you can tend to focus on just one pixel of it. Then at the end of the day, that’s all you are able to accomplish.”

He said that he used to spend a lot of time figuring out little bits like how big this part of an asset should be or if it is the right color.

It was a rough first few months, Genard said, but his mentors were always able to give him the drive and motivation to succeed.

“They were always able to tell when we’re not doing good or feeling down. So besides the art guidance, the most helpful parts were the advice they gave.”

His mentors would share their experience during their first few jobs, that they too were like Genard, and that what he was going through was normal.

“Knowing that it's okay to struggle at first and that we can get through it like they did, I think as a Junior Artist, that was something very comforting.”

That period of training proved more than worthwhile when Genard was assigned to work on his first AAA project: The Crew 2. 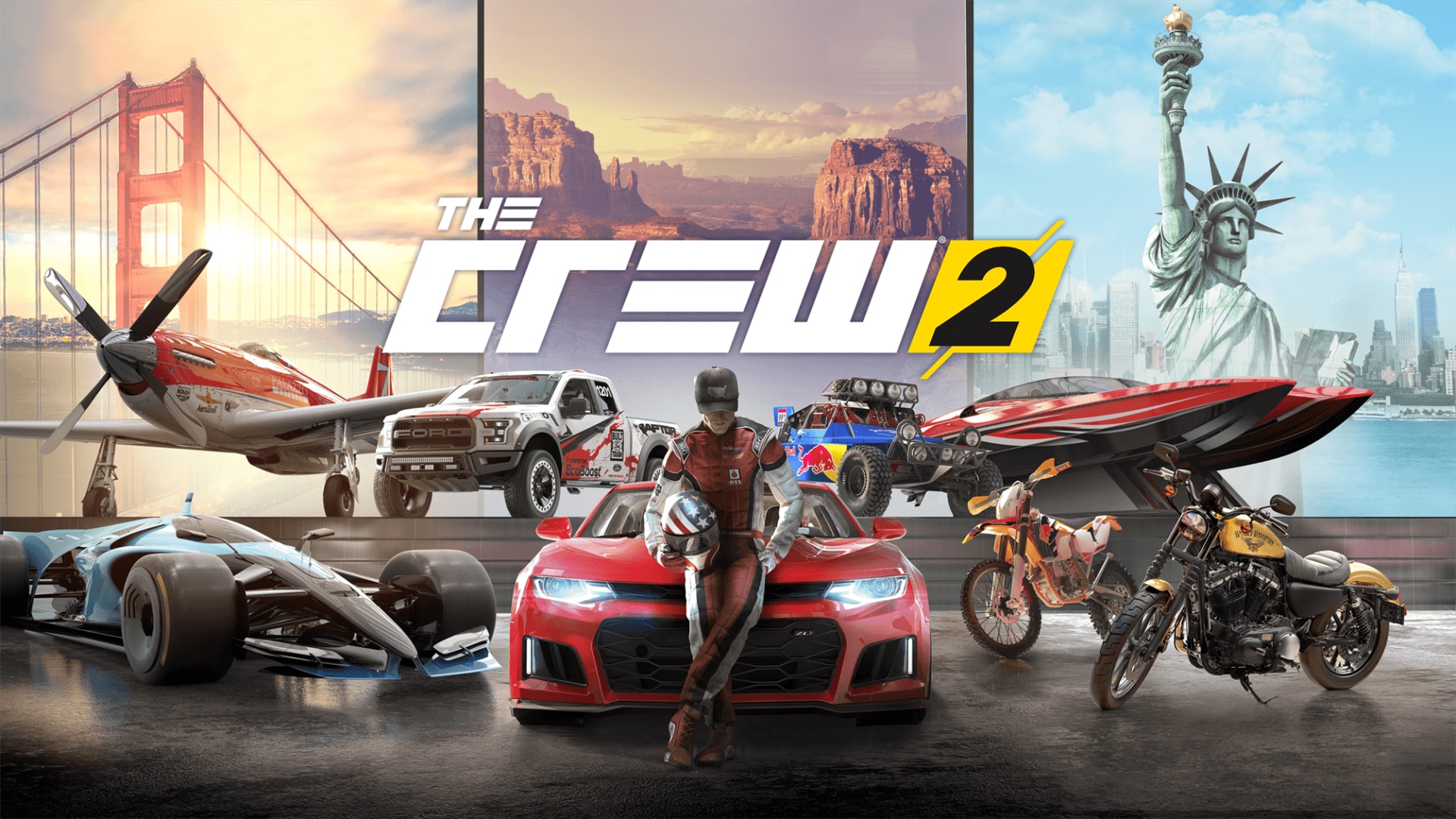 “When it came time for us to work on the game, the work was mostly the same as with training. We were able to follow the reviews and pipeline without being reminded,” he recounted.

Working with partner Ubisoft studios around the world, Genard said it was an excellent way to experience real AAA production. However, it still came with its own challenges, like meeting deadlines and working on different tasks.

“As a junior, when you receive lots of things, you tend to panic, and you don’t know what to do. So, it’s very important to stay calm and assess the situation first,” he said.

That was a lesson he picked up from his mentors – always prioritize.

“They taught us which things are necessary and which are just nice to have. With that, we were able to breeze through work and handle critical situations.“

There are clear signs when an artist is past the learning curve.

For Genard the defining moment occurred on the most typical of days when he was asking Mark for feedback.

“I still remember when he looked at my asset for just less than a minute,” he recalled. “Normally, I get like three or five points of feedback from him.”

This time, it was all good from the get-go. Realization struck. “At that moment, I realized I’m learning. I got this already. I’m going past the expectations for a junior.”

The small details he used to pore over before were becoming muscle memory. He was getting faster and more precise.

“What looks good, it just comes out of you.”

Yet he was building more than his skills as an artist – he was gaining the trust and confidence of his mentors and peers.

Genard’s role was crucial: he was bridging the leads to the juniors, seeing both perspectives and ensuring everyone is on the page.

Little did he know that this would pave the way to a big opportunity. 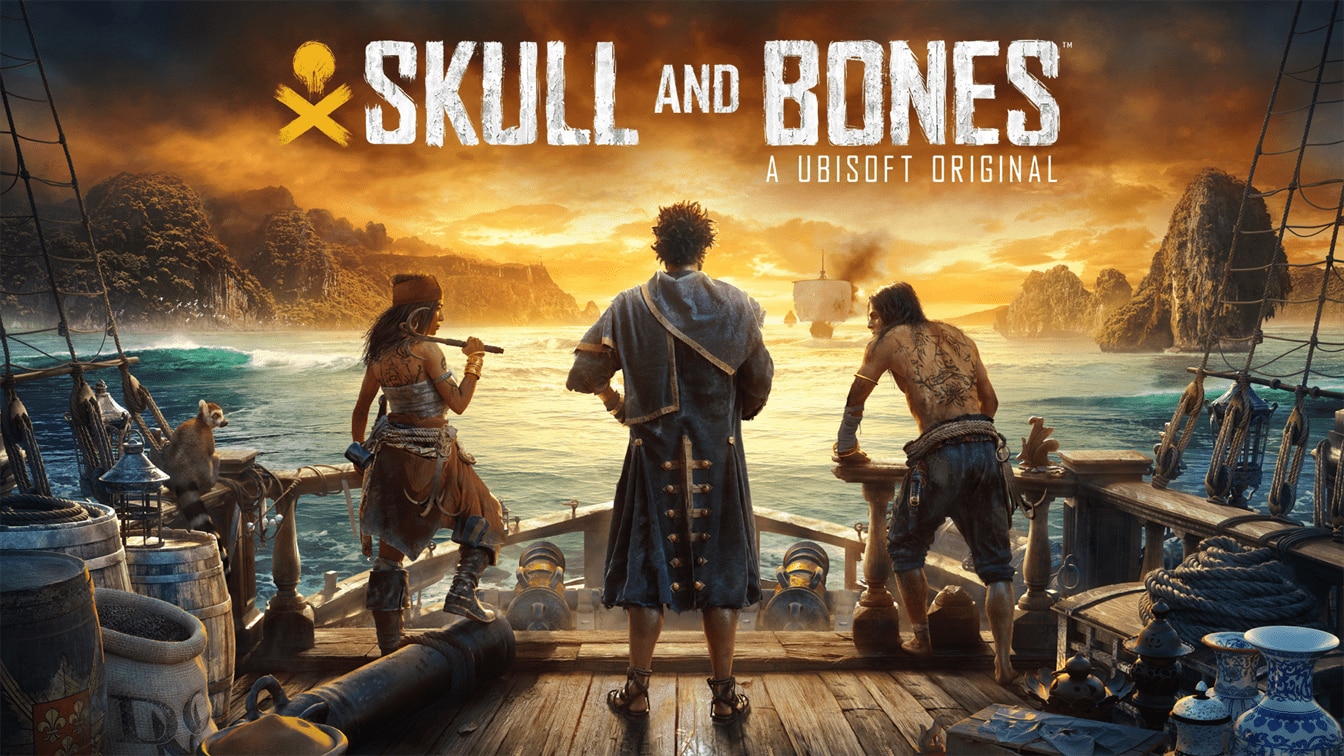 “That was my first official break. I am grateful that they gave me the chance to prove myself,” he said.

The pressure was there, but Genard was more than prepared for the role. He had seen Mark work.

“I just really observed what he was doing before. I tried to recall and apply his example. Bit by bit, I just knew what to do,” Genard said.

Still, it took some getting used to. As lead, Genard had to represent the Philippine studio and take calls with Ubisoft partners in Singapore, Chengdu, Shanghai, and more.

“You need to manage your time better for the team. And you need to be someone that they can rely on when it comes to questions on art and troubleshooting.”

With new responsibilities, he needed support from his team, the same way Mark needed him.

He knew just who to ask.

Genard knew they were ready, having witnessed their growth from onboarding to now handling teams of their own.

“It’s a domino effect,” Genard said, looking back on how his team leveled up with him.

“Everyone else had to step up their game. It’s a cool transitioning cycle because we pulled it off.”

“What I really admire about Genard is that he is an artist at heart,” Francis or “Fau” described his lead and mentor.

“He will try every possible variation of a piece to deliver the best version.”

For Kurt, Genard is a role model.

“He always remains composed. He is one of the people I consider a benchmark when it comes to professional growth,” Kurt said. 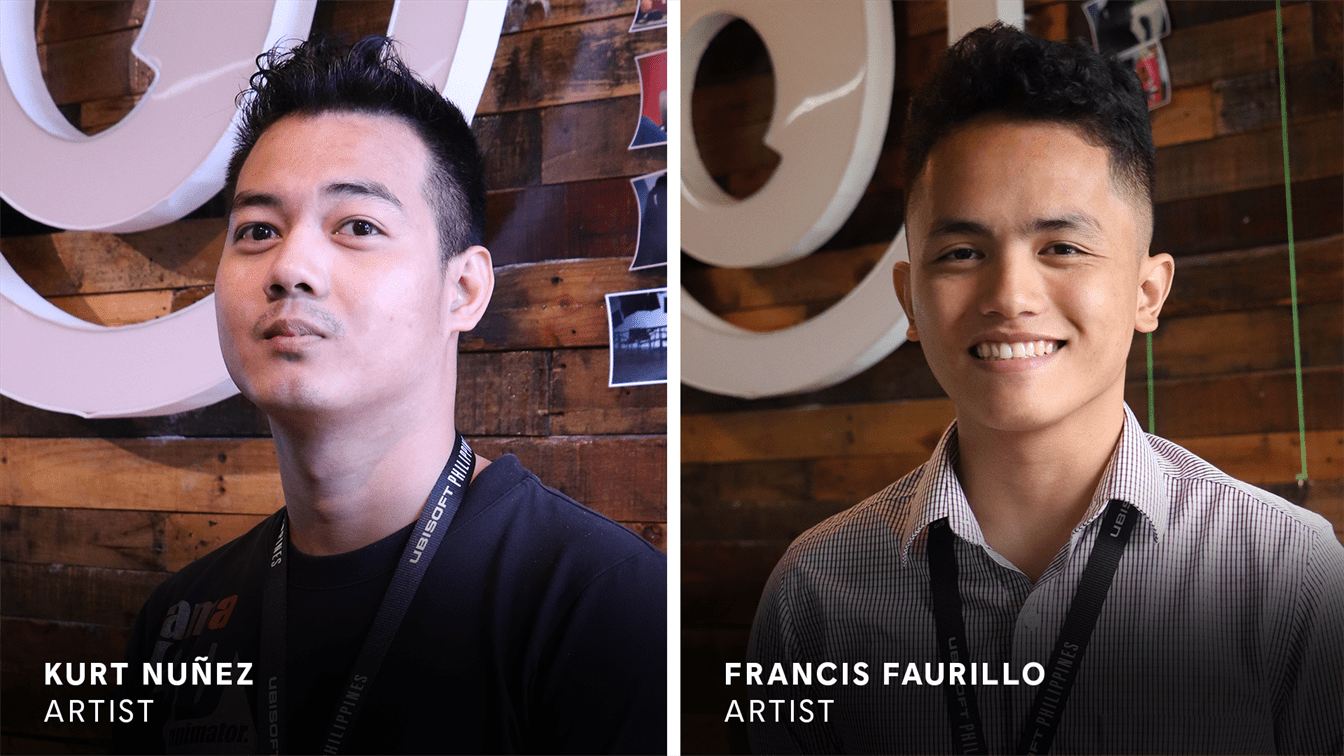 “I learned a lot just by observing him navigate through his job, like how he weighs factors to arrive at the best solution and how he builds relationships,” Fau said.

“He gives his team great opportunities that they can benefit and grow from,” Kurt added.

One of those opportunities was an execution plan that Genard had them do.

“The main thing that I carried over to Kurt and Fau was to not spoonfeed,” Genard said.

“We’re not always going to be there 100% of the time. So training them and leaving out space for them to grow is important.”

That’s why in the execution plan, Genard was hands off with the assets. It was a test to see if the two could handle themselves on their own.

“And it was on point,” he said. “The steps they gave, from planning to the polishing stage, were on point already. The quality is there.”

He gave minimal feedback and just worked with them in ensuring the schedule.

It must have been Kurt and Fau’s moment of realization, Genard thought. Seeing them past their own learning curves was reminiscent of his journey.

The two would hear the same pieces of advice, the words of wisdom that Genard needed when he was a junior.

“He is understanding. He will help you out if you have concerns,” Kurt said.

In Genard’s case though, there were a lot of memes.

“We have a lot of goofy times with the Skull and Bones team often sharing memes, playing games, and other crazy things,” Fau said.

Kurt added that they would talk and laugh during lunch breaks. “Those casual hangouts helped us unwind,” he said.

To be that rock the team can rely on in both good and bad times is what Genard considers his biggest achievement.

“As a leader, you need to be someone that your team can look up to. If you break down, the team won’t feel confident, so you need to be that solid rock,” he explained.

He said it’s all about perspective.

“When I was a junior, what kept me going was the game – to be able to ship it. But now as a lead, my motivation is now more for the team – to guide and be there for them.”

Every now and then, project teams would sit down and do reviews.

Genard would join the meetings and listen. Kurt and Fau would be there giving helpful feedback.

When they were juniors, Genard thought, the two were at the receiving end, being told how to look at assets, see what looks good, know how they can be done better – all the things he learned from JP, Mark, and Ken.

And now here they were, Kurt and Fau, masterfully conveying those same concepts, passing them on to a new generation of Ubisoft artists.

This, too, was an indication.

Not only had the two come full circle, like he did, there was something far greater – a virtuous cycle that traces across their journeys, connecting ideas and people together.

“I was just really happy and proud of them at that moment, that they were already there,” Genard said.

“It’s comforting to know that the next generation is in good hands.”

Ubisoft Philippines is hiring. Visit this page for our career opportunities in Art, Animation, Design, Programming and more.