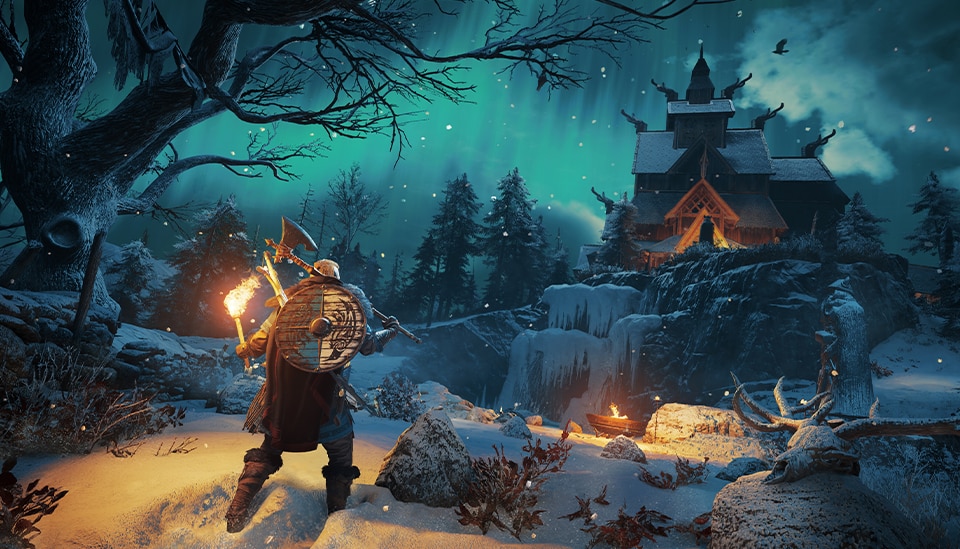 In Assassin’s Creed Valhalla, Eivor must turn away from the harsh shores of Norway to discover and conquer the fractured kingdoms of England. To explore the mysterious open world, survive brutal battles, and lead Viking warriors, weapons are vital. Depending on your playstyle and adversary, choose from an assortment of seven weapon types to triumph in the dark ages. We’ve illuminated some of the best early weapons for you below. 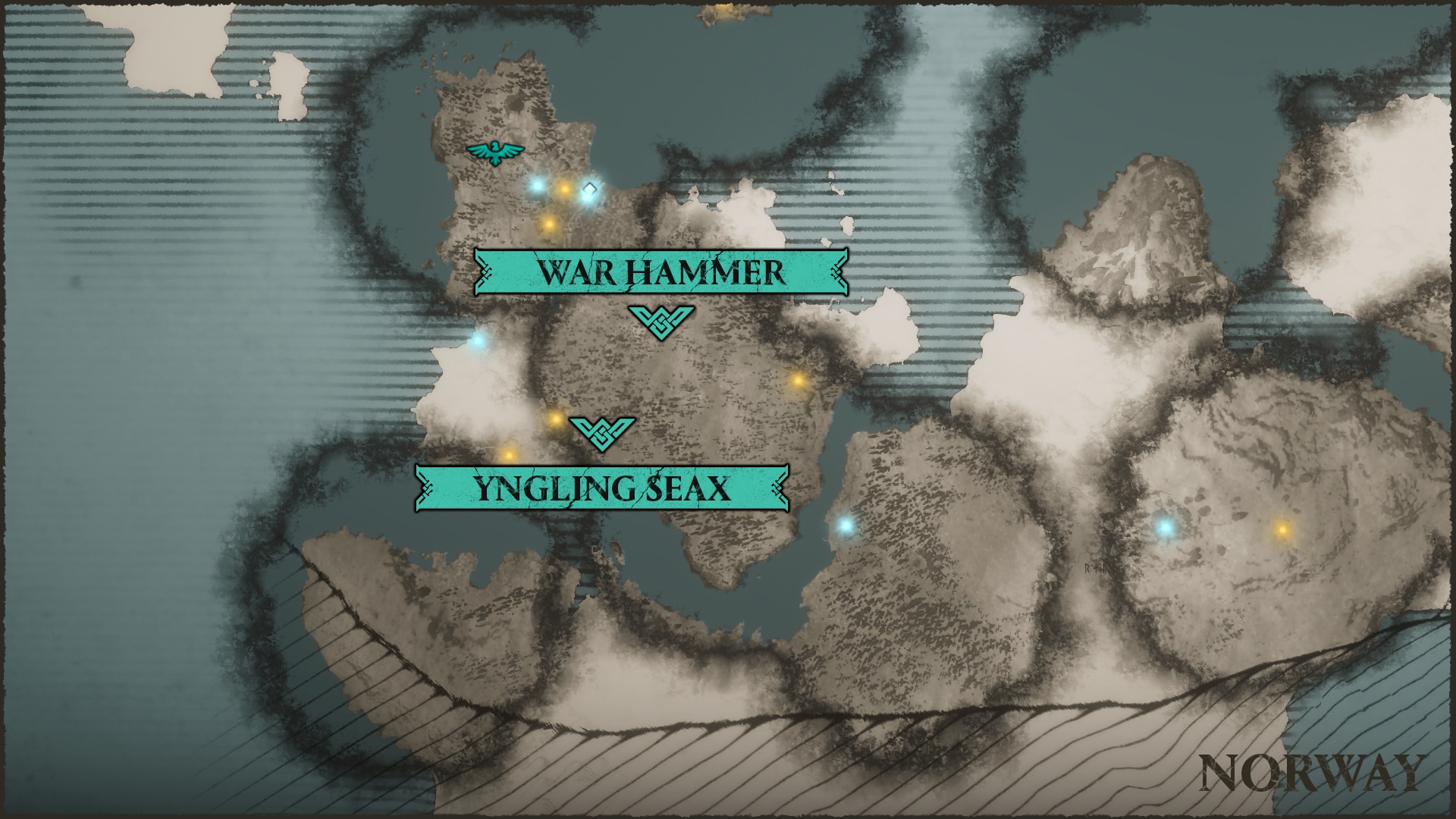 Pure power in a small package, find the War Hammer early on to crush your nearby enemies. Though hard to swing repeatedly due to its heavy weight, its blunt force can easily knock people over and open them up to stomping attacks. For delivering damage against tougher enemies, Eivor’s special attack will leap into a downwards thrust and brutal bludgeon combo.

Surprise your enemies with a swift attack from the fastest weapon, the Yngling Seax. Useful against multiple low armor targets, its fast, short range stabs slice in for quick hit and run attacks. Equip a second dagger alongside the Yngling Seax and turn Eivor into a skewer and stab whirlwind. 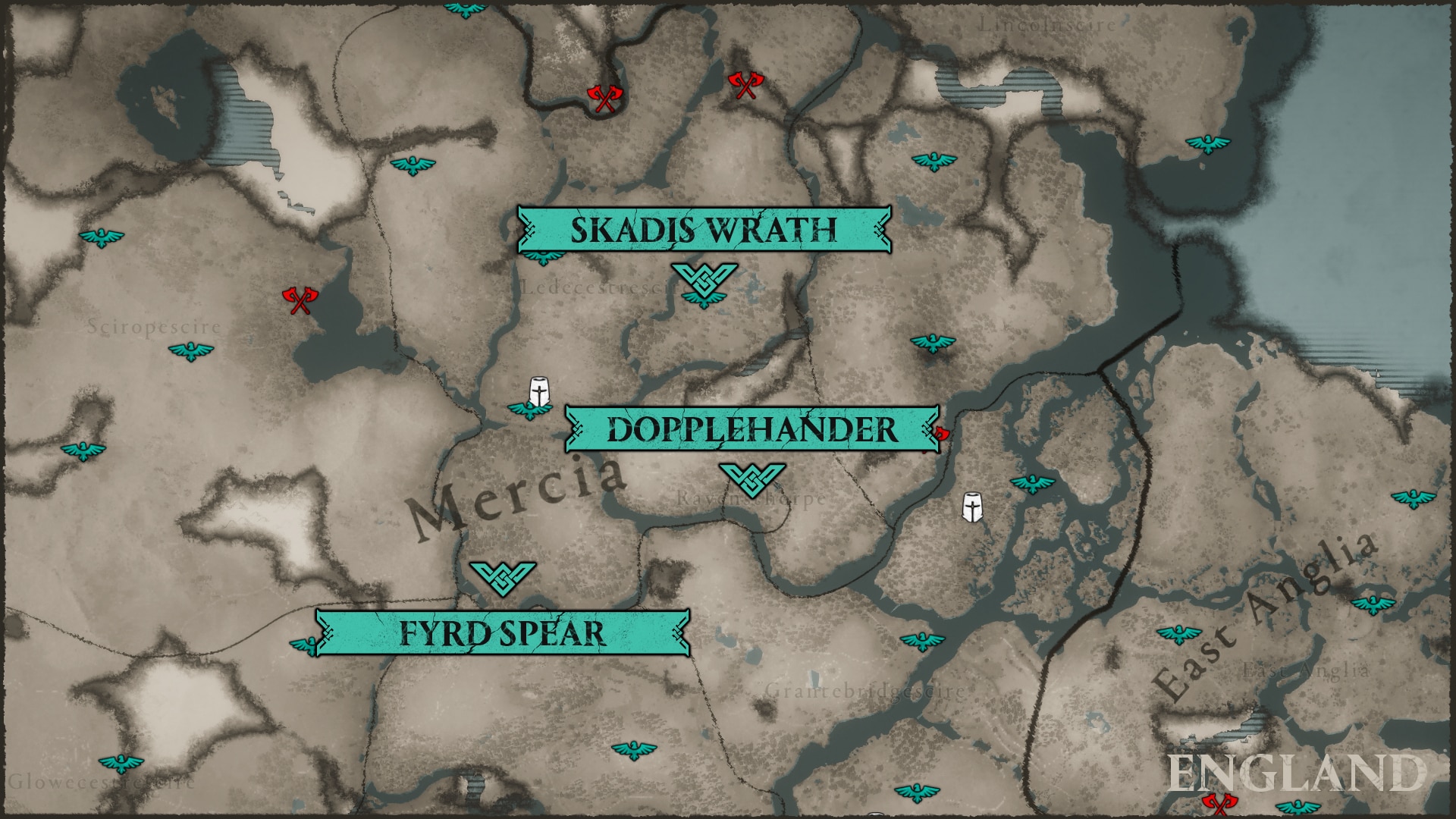 Skadi’s Wrath, a light bow, is small and nimble with a short draw for rapid fire. Take quick tactical shots to pick off archers or skewer low armor enemies from short-range distances. If your playstyle leans towards combat and agility, this is a meaningful early weapon to seek out that will help you reduce damage as you close-in for melee.

A Great Sword prone to lopping off limbs , the Dopplehander is a balanced mix of power, speed and reach. Useful against large groups of enemies, it can Inflict heavy damage throughout the battlefield with its long range and cleaving abilities. A lengthy steady combo or the special running charge attack will have Eivor slice and dice to victory.

Spears are integral to victorious battle in the Dark Ages, allowing you to attack and impale enemies from a safe distance. With its long reach, the Fyrd Spear gives Eivor the ability to manipulate enemies, throwing them around or pulling them towards you for a deadly finish. Equip the Fyrd Spear early on to keep your enemies at arm’s length with its long-range attacks.

Acquiring these early weapons will help Eivor begin to tame the chaos of England using stealth, ferocious power and fierce attacks. For more insight into conquering Eivor in Assassin’s Creed Valhalla, see Which Path is Right for You and our 5 Essential Tips.