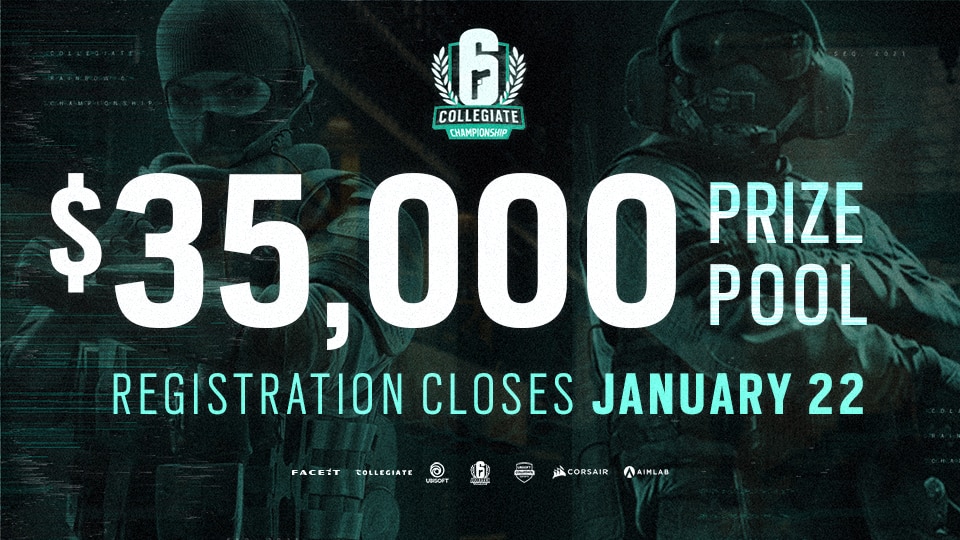 R6CC: CALLING ALL STUDENTS FOR THE REGULAR SEASON!

With the Pre-Season of The Rainbow Six Collegiate Championship now completed, it’s time to get started with our 2022 Regular Season! Our Collegiate Program is now in its second year, and we couldn’t be more thrilled to continue this competitive adventure with you students!

Register now to the R6CC 2022 Spring Season to get a chance at winning the $35,000 in prize money with your squad. Find all the details below on how to get prepared for this upcoming season.

You and your team have until January 22nd at 11:59pm PT to register. Follow this link HERE.

All the matches will be played during the weekends starting January 29th until the Playoffs on March 26th. Check out the full timeline below and continue reading for more details: 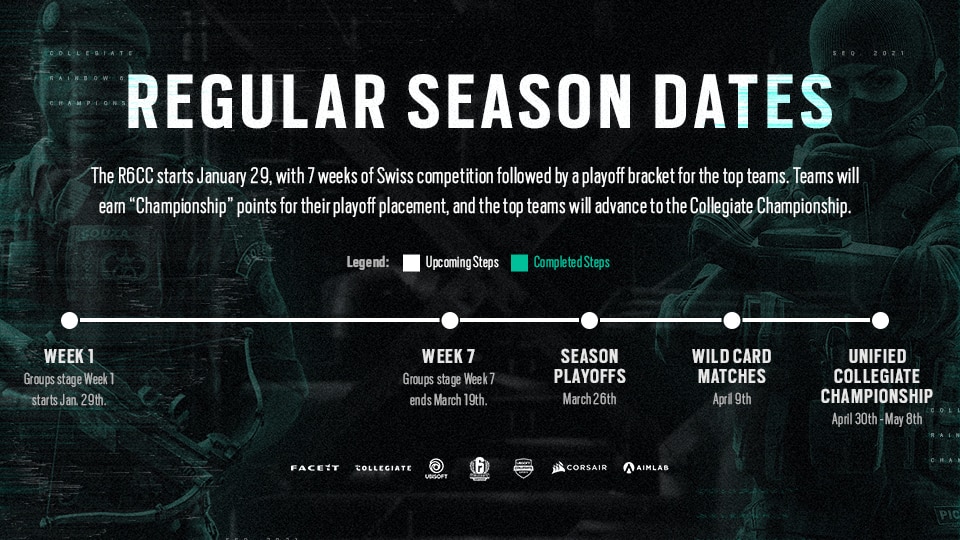 The R6CC starts January 22nd with 7 weeks of Swiss competition followed by a playoff bracket for the top teams. Teams are being divided into regional conferences based on state/province.  This format ensures teams playing against one another are based on skill and record to ensure both competitive games every week. They will earn “Championship” points for their playoff placement, and the top teams will advance to the Unified Collegiate Championship.

Our Conference Playoffs & Finals will be played in a single-elimination style over two weeks starting March 26th. The top teams from each regional conference will be declared the Conference Champions!

Introduced earlier this year, the Unified Championship is a new part of the R6CC that will follow the Playoffs from April 23rd — May 8th. We wanted to add a new layer of competition to the program by combining the entire collegiate R6 ecosystem in one awesome event.

Approved community leagues earned "Championship Points" throughout the year, with the top 16 teams advancing to the Unified Championship. In this tournament, the top 4 teams from around the R6 Collegiate scene will compete against one another to be crowned the undisputed champion of Collegiate Rainbow Six.

We are pleased to be working closely with league partners such as CEA, CR6 & ECAC (Eastern College Athletic Conference). 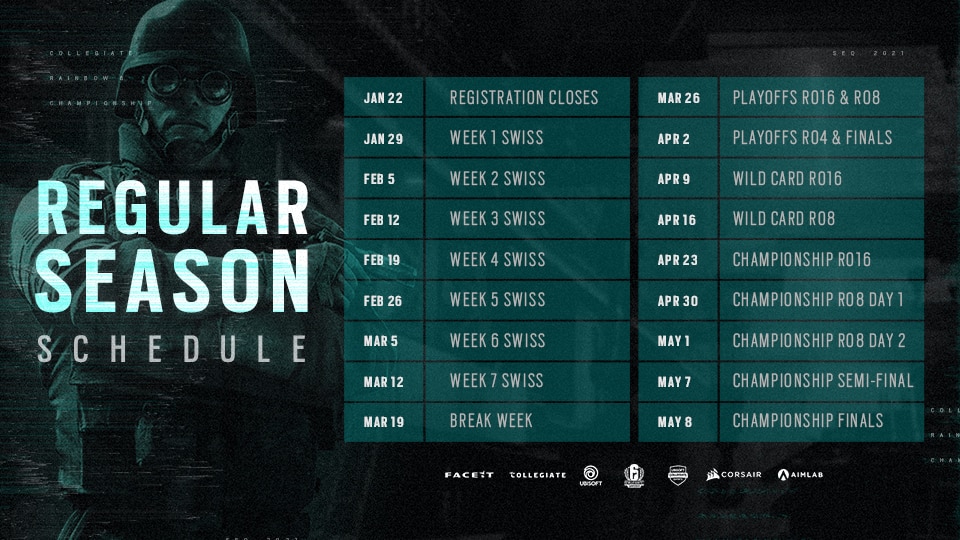 As mentioned earlier this year the 2022 R6CC season will offer two separate prize pools; one during the Spring Season and one for our Unified Championship for a total prize pool of $35,000!

Get ready to breach into this semester by starting your Rainbow Six Esports journey with the Rainbow Six Collegiate Program and don’t forget to register before January 22nd!

Make sure to follow @R6esportsNA and @FACEITCollege for the latest news on the program and use the hashtag #R6CC to join the discussion on Twitter! For a behind the scenes look, be sure to follow us on Instagram. You can catch all the Rainbow Six action at twitch.tv/r6collegiate.