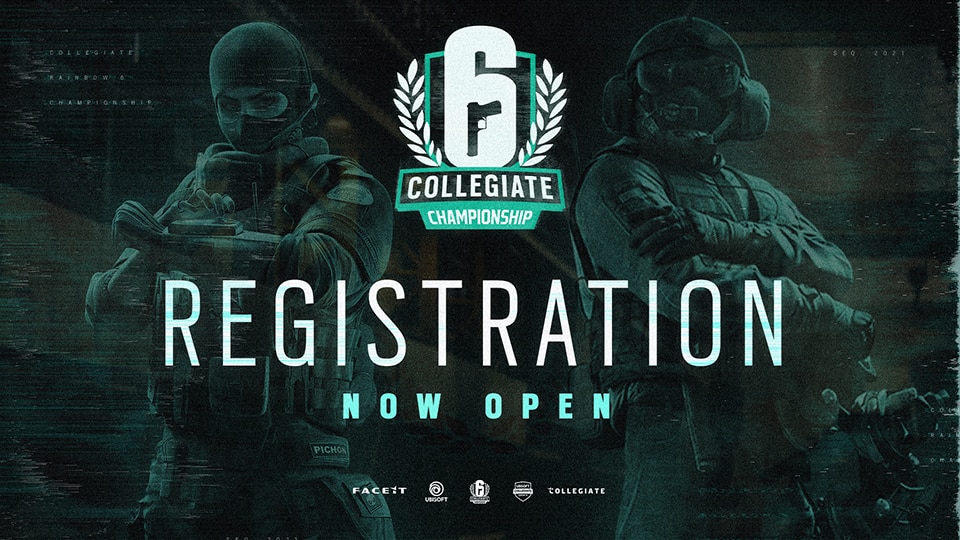 The Rainbow Six Collegiate Championship has completed its first year and we couldn’t be more thrilled to get started with Year 2! For those who aren’t familiar with this program, the Rainbow Six Collegiate Championship was launched back in July 2020 for registered students across the US and Canada. You can find all the details below for the program and most importantly, how to register you and your squad for the Pre-Season!

WHY SHOULD YOU REGISTER?

This program allows players of all skill levels to get involved in Rainbow Six Esports throughout two Seasons and a unified championship over the course of the year. As a student, this can offer you an awesome gaming experience and some sweet prizes as well!

The registration period starts today until October 10th with the Pre-Season matches beginning on October 16th. This way, you and your squad will have plenty of time to get ready for your first match!

You can register HERE.

The Pre-Season kicks off on October 16th and will be seven weeks long. This includes four weeks of round robin group play and three weeks for playoffs beginning November 13th. Teams will play in a single-elimination style tournament where the top teams will be announced as their respective conference champions.

The Full Season kicks off in late January with its registration period starting on November 1st . Stage 1 for the Regular Season will be played over seven weeks in a Swiss style format. Teams will also be divided into regional conferences based on state/province.

For Stage 2 of the Regular Season, we will have our Conference Playoffs & Finals. These matches will be played in a single-elimination style over two weeks. The top teams from each regional conference will be declared the conference champions. From here, we will enter Stage 3 to crown our R6CC champion across the 4 conferences. More details to come later on for this event

Lastly, we are very pleased to announce a new aspect of our program. Upon finishing the full season, we will open up a new stage called the Unified Collegiate Championship. In this tournament, top teams from around the R6 Collegiate scene will compete against one another to be crowned the undisputed champion of Collegiate Rainbow Six. More details to follow on this stage but we are pleased to be working closely with league partners such as Generation Esports, CR6 and CEA.

For our regular season, happening from January to March, we are happy to announce a $15,000 USD prize pool that will be linked to the R6CC finals.

Lastly, for our unified championship stage, we will be offering a prize pool of $20,000 USD. We will announce more great prizing down the road as well!

Get ready to breach into this semester by starting your Rainbow Six Esports journey with the Rainbow Six Collegiate Program and don’t forget to register before October 10th!

More details will be shared as we get closer to the registration of the full season. In the meantime, you can read more from our partner FACEIT HERE.

Make sure to follow @R6esportsNA, @FACEITCollege and @R6esports for the latest news and use the hashtag #R6CC to join the discussion on Twitter! For a behind the scenes look, be sure to follow us on Instagram. You can catch all the Rainbow Six action at twitch.tv/r6collegiate.