The Division 2 – Warlords of New York’s Season 1 – Shadow Tide continues with the second week of the Home League’s challenges for the Cleaner faction of New York, as well as some Riker missions. Progress on the challenges was reset on Tuesday, allowing for more opportunities to achieve ranks and earn rewards. This event closes on May 12, so give it all you’ve got in these last days.

This week also kicked off the second Global Event of Season 1 – Reanimated! With this modifier on, enemies will reanimate after death, getting back on their feet and back in the fight. Killing foes with a headshot will not only prevent them from reanimating but will also cause them to explode with a corrosive cloud of damage around them, damaging friends and foes alike. Enemies can only reanimate one time, even if killed without a headshot.

Each day for the first four days of the event, additional challenges will unlock introducing new objectives as you play during Reanimated. Completing these earns points for the event which can be used to gain exclusive rewards like the Skullbreaker backpack trophy and an Exotic Cache.

The Reanimated Global Event can be turned on or off whenever you are in a safe house through the Seasons menu. Named enemies and medic archetypes will not reanimate after their first death. 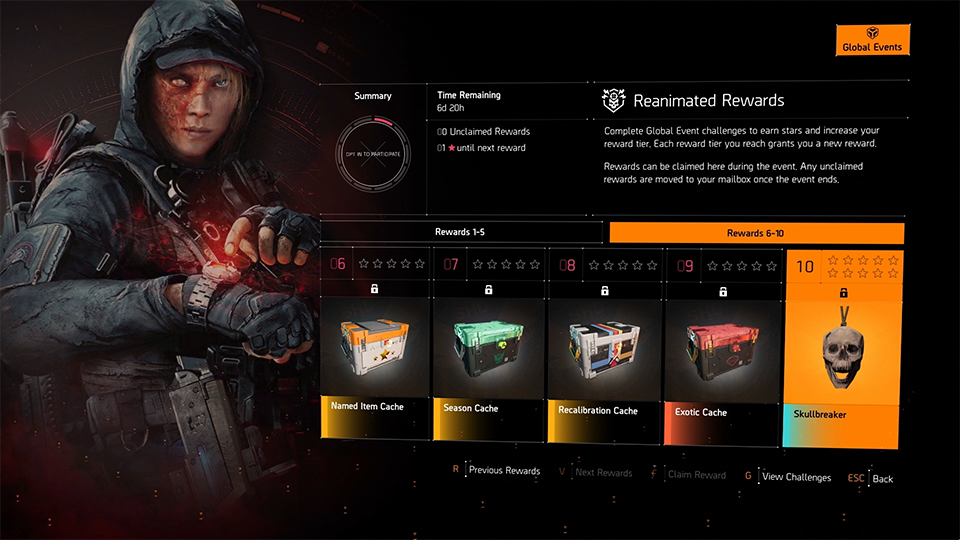 Two maintenances were performed this week. On Tuesday we deployed a fix addressing spawn behavior issues with the Warhound Convoy activity, followed by a fix to a bug allowing for SHD Points to be gained beyond the player’s SHD Level on Thursday.

Players who used the SHD Level bug intentionally or unintentionally will find their SHD Level expenditure has been reset. Any SHD Levels gained from the bug will be removed and all of their legitimate SHD Levels will need to be reallocated. Full info can be found here.

Next week, May 12 will bring the fourth target for the Manhunt: Mercury. Upon eliminating all four of the Manhunt Targets, Neptune, Venus, Saturn, and Mercury, the Prime Target Jupiter will be revealed. Take down Jupiter to complete the Season 1 Manhunt and unlock the EMP skill variant for the Sticky Bomb Launcher. The Manhunt ends when the Season closes though, so make sure you’re prepared for these final targets.

As a reminder, the EMP skill variant will be made available through gameplay means some time after the Season ends. 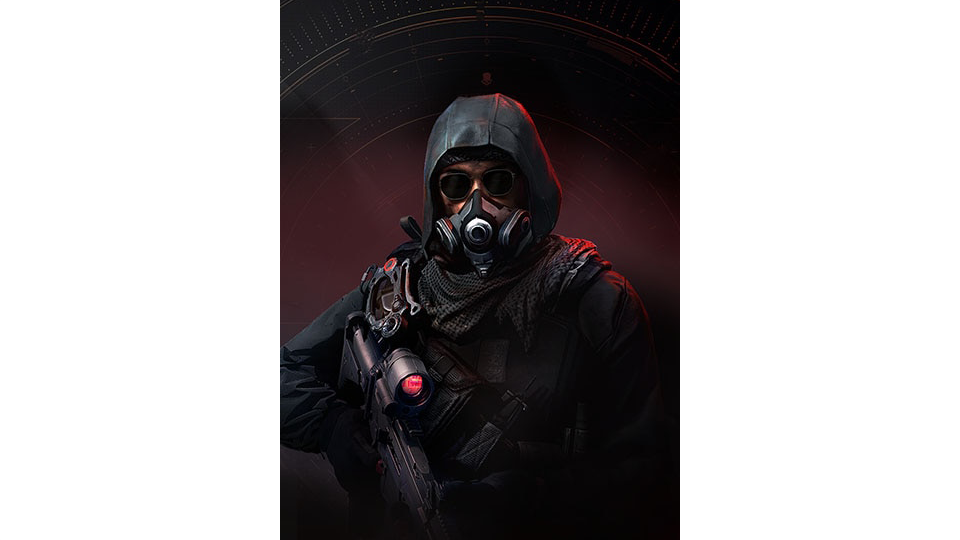 On State of the Game this week we covered a wide variety of NPC balance changes and bug fixes that are coming with Title Update 9.1 next week on May 12. You can read the full stream recap and notes here.

While this patch will does not universally adjust NPC difficulty, it hits on a wide variety of specific pain points we have seen expressed in the community. NPC status effects and damage, blind fire accuracy, Black Tusk bomb drones, and enemy aggressiveness (especially with tank archetypes).

Looking ahead to TU10, we plan to begin introducing some fixes for issues surrounding loot quality, bugs impacting overall game health, and potentially more improvements to NPC balance. We will likely not be able to make all the necessary or desired changes at once, but we will continue to keep an eye on community feedback in order to further improve the experience.

We recently shared the full 2020 schedule for Kenly College on our forums here. This shows all opening and closing dates for the Expedition area so that you can plan your next excursion into the Mastery System or to snag your very own Diamondback Exotic Rifle.