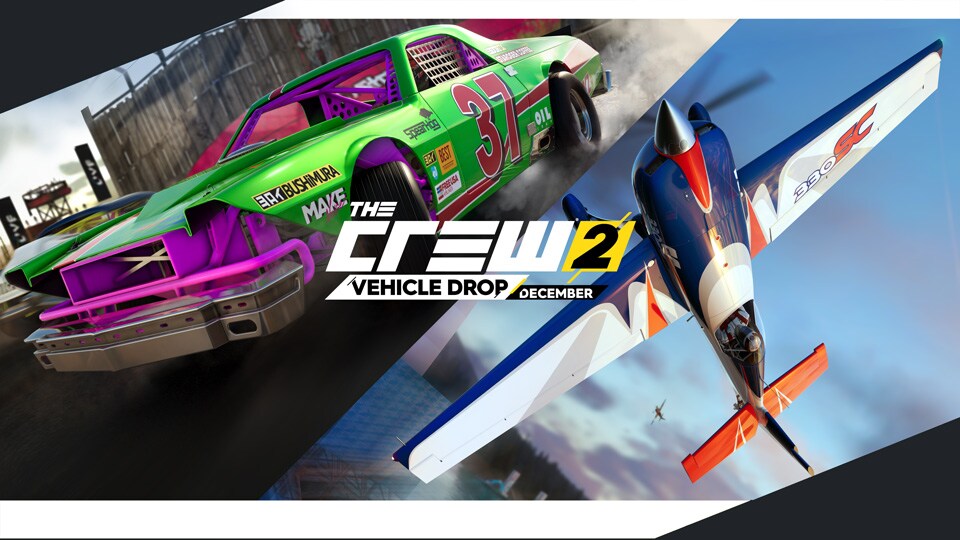 With The Crew® 2 Demolition Derby rumbling on the horizon, it’s also time to detail our December Vehicle Drop!

As a reminder, Season Pass holders get seven days early access to monthly vehicle drops, and the two brand new vehicles are unlocked for free in their garage. They are then made available to purchase for all players a week later.

The Extra Aerobatics 330SC is an unlimited single-seat competitor. With several victories in many contests all over the world, this true performer will give you the agility and velocity needed to win any race.

Beware the snake! It will hiss before it bites, but bite it will at the first sign of danger. Do not trust its soothing charm, count on its rough angles! Considered yourself warned: this one has it all: the 70’s muscles, the dashing looks and a heck of a temper!

For more information on The Crew®, check our official website. Join the The Crew® community on the forums and Reddit, and be sure to follow us on Twitch to never miss a livestream. All photos