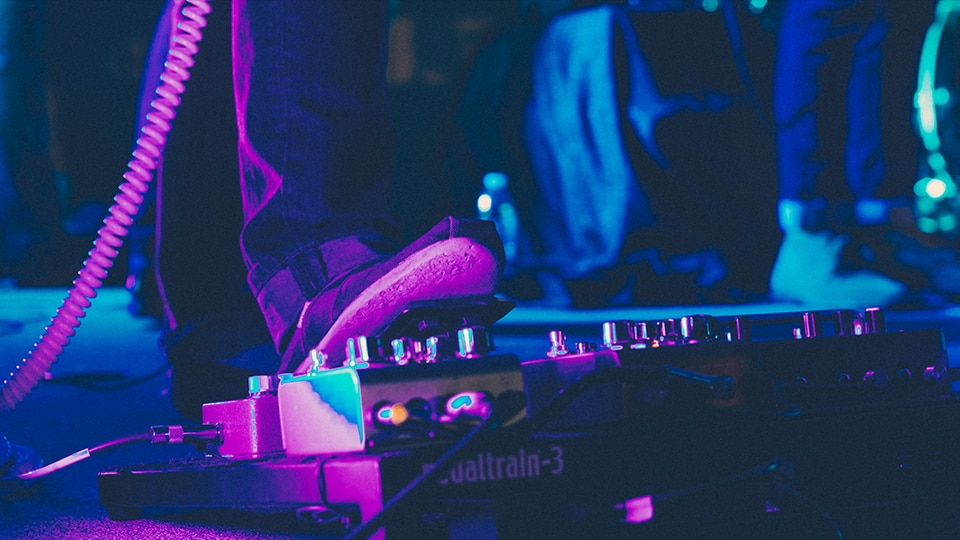 Imagine playing in an otherwise ordinary recording session when a piece of
studio equipment fails -- noisily and spectacularly. Then everyone agrees that
whatever other-worldly sound came out of the carnage needs to stay in the
recording because it made the song better! Fuzz, the elder statesman effect of
the guitar universe, began this way, and the modern world of guitar pedals is
forever indebted to that happy accident.

Fuzz is the sound of a signal gone wrong. Country songwriter Marty Robbins was
recording “Don’t Worry” at Bradley Film & Recording studios in 1960 when a transistor broke inside the
studio’s recording console. Bassist Grady Martin went on playing, capturing the
song’s signature buzzing bass solo. Howlin’ Wolf achieved a similar effect by
maxing out the volume of his amplifier on recordings like “Moanin’ at Midnight,” and Link Wray punched holes in the speaker cone of his amp to achieve the gritty tone on
“Rumble.” But destroying
equipment wouldn’t be sustainable long-term; musicians needed something more
reliable. Enter the fuzz pedal!

The Maestro FZ-1 Fuzz Tone was the first commercially available
stomp box. Originally marketed as a device to make guitars sound like other
instruments, it became a signature guitar sound of its own.

Audio engineer Glenn Snoddy developed the first fuzz circuit in 1961. Gibson
Electronics released it under the name “Maestro Fuzz Tone,” claiming the pedal
could mimic wind and string instruments. It was not until Keith Richards used it
on the main riff for “(I Can’t Get No)
Satisfaction” that the new sound really stuck. Several variations emerged in subsequent years, including the Sola Sound Tone Bender, the Electro Harmonix Big Muff, and the Arbiter Fuzz Face; early adopters of the pedals including Duane Allman, Jimi Hendrix, and George Harrison made their fuzz pedals integral to their sound.

Fuzz works by clipping the clean signal from your guitar, removing parts of
the sound wave to make it sound grittier. Unlike overdrive circuits, which
emulate the crunch a tube amplifier pushed to its limits, fuzz doesn’t “clean
up” at low volumes, and it adds additional harmonics (or, pitches above the
fretted note) to the sound. Sometimes it sounds chaotic and aggressive; other
times it sounds lush and complex. Compare the guitar parts in Miguel’s
“Hollywood Dreams” and Andrew Bird’s “Valleys of the Young.” One emphasizes the raw, messiness of fuzz guitar while the other slowly sweeps through the full – almost orchestral – harmonic range of the pedal. Same effect, just used two radically different ways. 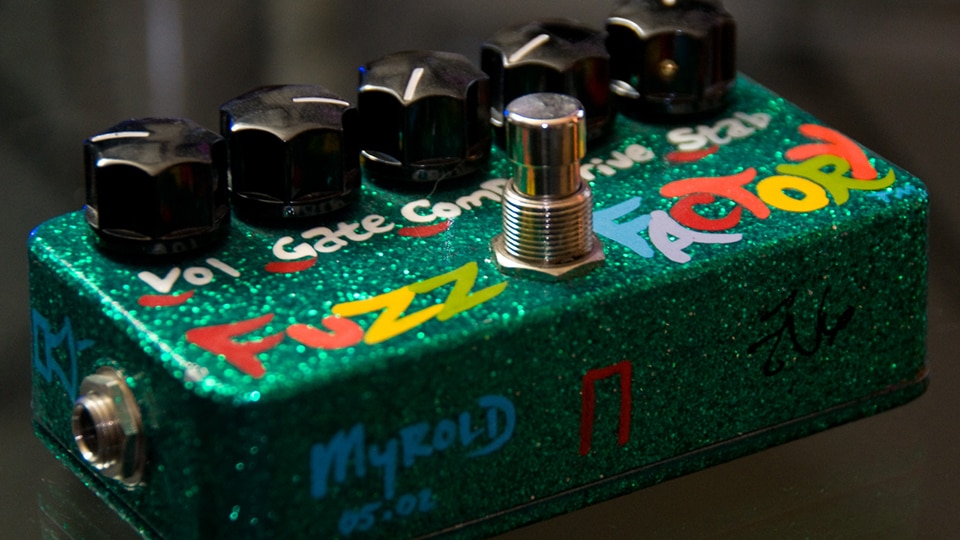 Many mainstream and boutique pedal companies have modified and innovated upon
these circuits over the years. The Zvex Fuzz Factory includes additional
circuitry that generates additional noises independent of the guitar; the Walrus
Janus uses joysticks in place of knobs to shape your sound. Depending on your
goals, you can find fuzz pedals that range from historically accurate to
outright chaos.

If you’re adding fuzz to your pedalboard, place the pedal first in your signal
chain, so your guitar's volume knob can sculpt the sound of the pedal. And if
you’ve only thought of fuzz as a messy, heavy effect, try imagining it in other
contexts and see where those sonic possibilities take you.

Margaret Jones is a multi-instrumentalist, songwriter, and music teacher living
in Oakland, CA. She plays guitar in several local bands including her own
songwriting project M Jones and the Melee. She also holds a Ph.D. in Music
History from UC Berkeley and has taught at the San Francisco Conservatory of
Music.

“black instrument
pedal” by
peakpx.com is licensed under CC0
1.0