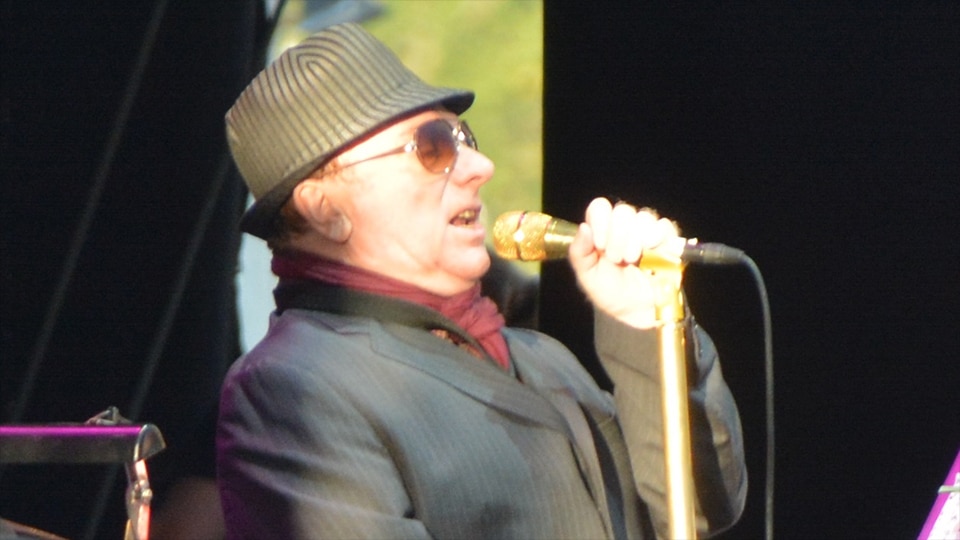 Covered by hundreds of artists over the decades since its release in 1967, Van Morrison's "Brown Eyed Girl" remains a staple of classic rock radio to this day. Drawing upon calypso influences both in rhythm and guitar style, Van's signature song features additional musicians who add texture and elevate the mood in some of the song's most crucial moments. R&B girl group The Sweet Inspirations, founded by Cissy Houston, sings back-up harmonies with Van on its jubilant "sha la la" choruses; also, keep an ear out for composer & arranger Garry Sherman performing keyboards on the second verse and the choruses.

The iconic intro guitar riff sets a cheerful tone with its catchy major-chord melody and syncopated rhythm, as Van Morrison's lyrics reminisce sweetly about a past love. Calypso is a style of Afro-Caribbean music originating from Trinidad and Tobago in the 19th Century that spread to the rest of the Caribbean by the mid-20th Century. A typical calypso rhythm consists of a syncopated 4/4 made up of three beats, with two long beats followed by one short beat. The calypso-style acoustic guitar in "Brown Eyed Girl" emphasizes this rhythm with the strum pattern:

This pattern emphasizes the three calypso beats – two longs followed by one short – by accenting the first downstroke, the first upstroke, and the third downstroke (accents marked above with a "V"). This syncopation adds buoyancy to the rhythm, and together with the major-key I-IV-V chords, maintains the song's uplifting and romantic mood. Perhaps too romantic, according to 1960s censorship standards; certain radio stations at the time considered the lyrics to be too suggestive, and even cut a radio edit of the song by swapping out the original line, "making love in the green grass," with a more innocent lyric from a previous verse, "laughin' and a-runnin,' hey hey."

Another change to the song came from Van himself when he recorded it. Originally titled "Brown-Skinned Girl," Van renamed the song, but later said "That was just a mistake…it just slipped my mind [that] I changed the title." The Independent's Paul Bignell suggests the song is about an interracial relationship, and speculates that the title was changed to make it more palatable to radio stations at the time, but there's no direct quote from the artist to support that interpretation.

Sadly, due to a contract he signed with Bang Records without seeking legal advice, he never received writing or recording royalties from the song, and even wrote a sarcastic novelty song to vent his frustrations about it. Despite that bad business deal, "Brown Eyed Girl" catalyzed Van Morrison's career, eventually leading to a long-term record deal with Warner Bros. that established him as a major artist.

"Van Morrison" by Bengt Oberger is licensed under CC BY-SA 4.0.

__This is just the beginning! Use the powerful practice tools, accurate note detection, and real-time feedback of Rocksmith+ to become the musician you want to be. __