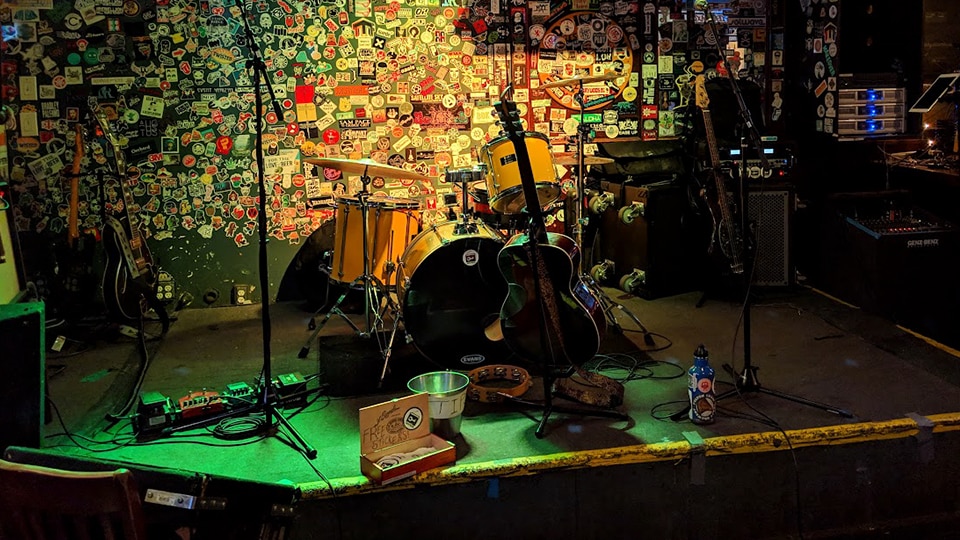 Booking A Gig: What You Need to Know

When you book yourself or your band a gig, there are so many exciting factors at play. Whether you're working with a promoter, directly with the venue, or with other bands on the bill, there are a lot of moving pieces and communication is key. When I first started out gigging, I was so thrilled to be given the chance to perform that I held myself back from asking questions that would have saved me a lot of disappointment and confusion. After gigging for a little over a decade, I have learned what to clarify ahead of time so that everyone is on the same page from the beginning. With the right approach, you can appear calm and collected as you begin negotiating your first gig, and even get better gigs along the way.

The first thing you need to know is how the promoter envisions the evening to go. Ask these questions to get the information you need (as well as to look professional).

1. How long are we expected to play?

There are lots of different types of gigs out there, and it's important to gain a general sense of what is being asked of you as performers. Are you playing a 45-minute set between other bands at a showcase, or are you performing 3 hours of cover music at a restaurant? These are very different types of gigs, so set length is a great kick-off question to help you understand what is expected of your band. Set length is also a huge factor in compensation, but we'll get to that. Once you know how long you're expected to play, you'll also want to know the time in which you are scheduled to play so you can know when to arrive.

2. What is expected of us promotion-wise?

It's great to get a sense of the expectations for how much you need to promote the show prior to agreeing to it. This is when you want to ask about "draw." Draw refers to how many people your band is expected to bring to the venue for the night. Do you need to bring a crowd or does the venue need entertainment for an existing audience? If the venue expects you to bring people, how many do they need you to bring (the draw)? Is somebody at the venue making a flier that you will then be expected to post and promote on social media and other places like community boards? If you need to provide your own crowd, think about how you will do it. Perhaps you already have a wide network of fans that will show up to your show. Or perhaps you have a friend whose band has a wide audience. Make sure the bill is balanced so you are playing to a full room of appreciative fans. Additionally, some venues have concerns about you playing another show in the same general area close to the date (saturating the market), which can be awkward if not determined ahead of time.

3. What are we bringing?

The first question is whether you are being asked to bring a PA system. The next questions to ask is whether a sound engineer is provided, and what gear will already be onstage. If there are multiple bands on one bill, find out if gear is to be shared, such as heavy or large gear like a drum set or bass amps. I've played gigs where we brought everything from the PA to the mic stands and extension cords, but sometimes all you need to bring is your personal instrument and cables. The safest way to move forward is to ask ahead of time and not to assume! Speaking of sound engineers - if one is provided, I strongly recommend discussing the possibility of a sound check. If your band gets to sound check, make sure you know what time you should all be onstage and ready, especially if you're playing on a bill with multiple bands.

4. What is the payment plan for artists?

Don't feel uncomfortable about this. It is a totally fair and appropriate conversation to have prior to committing to any kind of gig. Who's paying for the performers - the audience or the club? In other words, is there a flat rate provided by the venue to the musicians, or are the musicians paid based on how many people attend the show? The venue also usually takes some money from ticket sales to pay their staff - how many additional people need to be paid out besides the bands? The most common jobs that will require payout are a sound engineer, the promoter, and often a door person (or people). Find out what these flat rates or percentages are beforehand. You don't need to know exactly how much these individuals are making, but it is appropriate to know who is getting paid in addition to the bands and what the deal is.

If there are multiple bands, find out if payment going to be based on draw (tallied at the door) or if bands will be paid percentages based around the order of the bill? The latter typically gives the lion's share to the headliner (main act), and then breaks the rest up among the other bands with the opener (first act) typically receiving a smaller percentage.

One more factor that can easily be forgotten (but makes a difference) is whether bandmates will be offered drink tickets and/or meal vouchers. Nobody wants the band bar tab to be higher than the amount they make for playing. For longer gigs where you're required to be at the venue all night, dinner is a nice expense covered.

5. What are some red flags?

The biggest red flag I can think of is a if venue or promoter asks artists to put their own money down, in any form, prior to the gig. This often comes in the form of a pay-to-play pitch, where the artists need to sell a certain number of tickets prior to the show. I've played hundreds of gigs, good and bad, but I have never put down a "deposit" beforehand. Artists paying out of pocket is usually a red flag. Also, be wary of the word "exposure" being thrown around during negotiations, that usually just means they don't have a solid plan to compensate their artists. Let's all avoid exploitation!

When you're just getting started as a band or a solo act, every gig feels incredible. But, there are both good and bad gigs out there and the bad ones can be avoided. My advice is this: even if you only intend to gig as a hobby, the more you act like a professional, the more you'll be treated like a professional, and that's a good thing. Ask the right questions and don't be afraid to (politely) stand up for yourself. You'll get better gigs (and also meet some great musicians) that way. Happy gigging!

Images are the author's own.