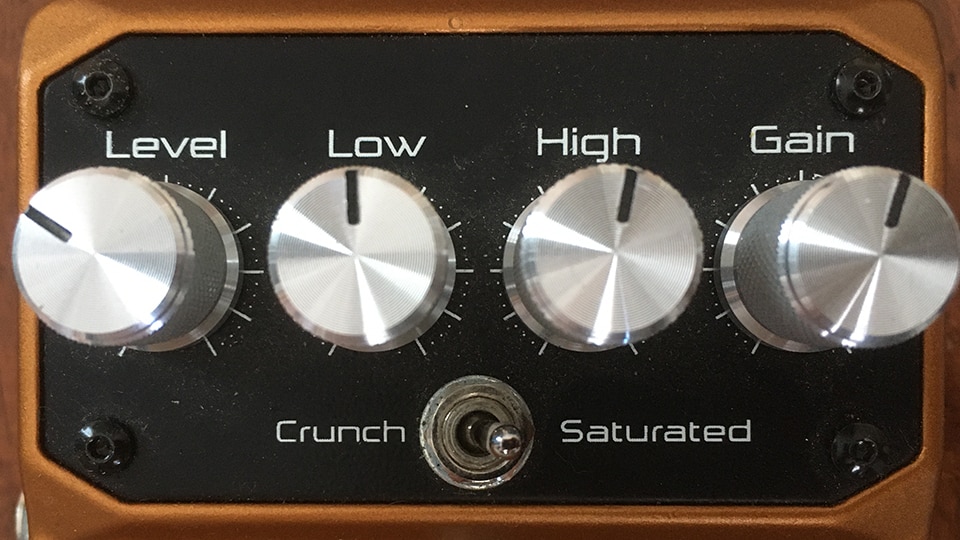 "It's subjective." When you start talking about the differences between overdrive, distortion, and fuzz, that two-word phrase will serve you well, as you will find overlap among the three categories (and you may even find some pedals to be mis-labeled) – and that's okay! But if you're looking for insight about the big three "drive" effects and choosing which tones are right for your music, we can help you use your ears to make sense of the key differences.

Dirty tones begin with overdrive. It's the sound that early electric players discovered as they turned their amplifiers up so loud that the amps began to distort, albeit in a warm, organic, and pleasant way. If you reduce the volume of the guitar (or the intensity with which you play), overdrive "cleans up" to a less distorted sound, which gives you some dynamic control over the amount of "crunch" you want. Check out Stevie Ray Vaughan's "Texas Flood" to hear a pleasantly restrained overdrive, or Rick Derringer's 70s classic "Rock and Roll, Hoochie Koo."

From there, you can go in two directions: fuzz or distortion. Early fuzz effects were generated by broken studio equipment – sometimes accidentally, sometimes intentionally. Fuzz pedals that emulate that damaged gear remove the cleaner parts of your guitar's signal, "clipping" them to leave a smoothly super-saturated sea of harmonic distortion, or a sputtering, off-the-rails musical mess. Both sound beautiful! Jimi Hendrix was a pioneer with fuzz, and Keith Richards used a fuzz pedal on “(I Can’t Get No) Satisfaction.” If the guitar sounds gloriously on the edge of chaos or simply fills the sonic space with lush distortion, there's a good chance you're hearing fuzz. As an example, Miguel skillfully uses fuzz to propel "Hollywood Dreams" without overwhelming the other instruments.

Whereas fuzz can make things sound wooly and unruly, distortion sounds tight and refined. Unlike overdrive it doesn't vary so much based on the dynamics of your playing – you get the same amount of distortion no matter how hard or soft you play, and because of how your signal is clipped, you also may find that it sits better in the mix if you're playing with a band. When metal players want to hit listeners hard with an intense and focused buzzsaw, they turn to distortion. The way the sound wave is clipped – lopping off the top and bottom of the guitar's signal and limiting it to a narrower scope – helps distortion sound uniform and smooth even as it's so undeniably aggressive. Mudvayne's "Dig" uses staccato bursts of thick distortion to create a manic, unsettling assault, while Opeth's "Bleak" mixes in acoustic passages to surprise the listener and shift the song's tone.

You'll hear sounds and find pedals that intentionally blur the sounds between these categories, but if you'd like a general guide, try this: Overdrive is the least aggressive and its intensity responds to your playing style; fuzz sounds like overdrive that's gone feral; and distortion's clarity gives it a brutal precision. Your ears will learn the difference over time, but since all three work by intentionally mangling the guitar's original signal to varying degrees, the lines that separate the three effects remain, well…fuzzy!