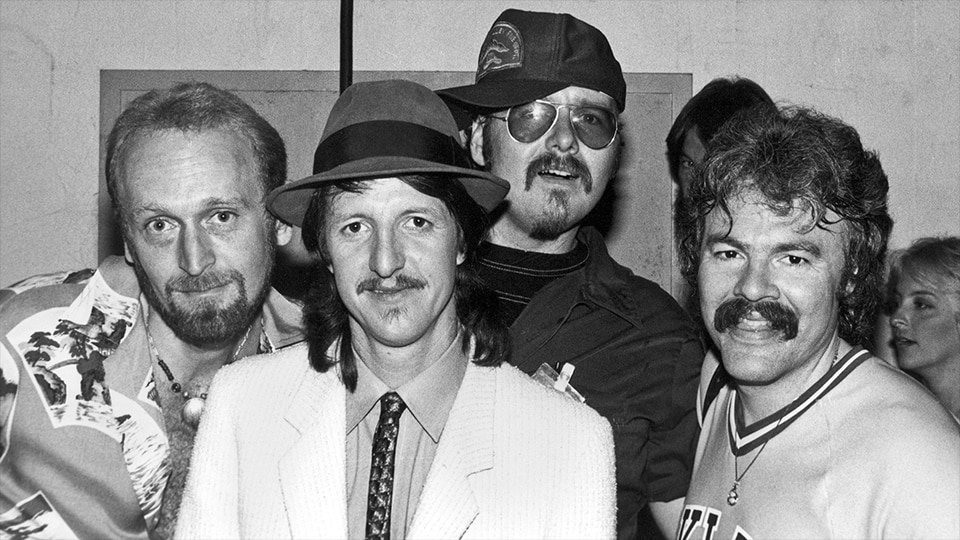 The Forgotten Origin of The Doobie Brothers' "Jesus Is Just Alright"

Part of a wave of spiritual rock songs in the early 1970s, The Doobie Brothers' hit single "Jesus Is Just Alright" features a blazing guitar solo by Patrick Simmons and heavy use of Hammond organ that took it straight to the Top 40. That said, many listeners may not realize that the song was originally written by the gospel musician Arthur Reid Reynolds in 1966. While the Doobie Brothers enjoyed the most commercial success with the song, "Jesus Is Just Alright" has a storied history spanning gospel and psychedelic folk, all years before it hit the rock charts.

Guitar virtuosity highlights The Doobie Brothers' version of "Jesus is Just Alright with Me."

Gospel music forms the roots of rock n' roll; players like Sister Rosetta Tharpe popularized the electric guitar in its early days, and vocal styles that became foundational to rock came from gospel bands like the Art Reynolds Singers. "Jesus is Just Alright" is a prime example of their stylistic influences; Billboard magazine heralded their 1966 album Tellin' It Like It Is! – the first to feature "Jesus Is Just Alright" – as a bridge between gospel and rock, proclaiming: "The line between gospel and pop music grows thinner with this outstanding and highly salable package that artistically combines both."

Three major recordings of "Jesus Is Just Alright" were released between 1966 and 1972: first by Art Reynolds, then The Byrds, and finally The Doobie Brothers. The Byrds' 1969 version drips with guitar-driven psychedelia; it keeps stylistic touches like the unaccompanied drum intro and the final major "oh yeah" at the end of the song, but the electric guitar and Hammond B3 organ stand in sharp contrast against Art Reynolds Singers' heavy piano part punctuated by trumpet hits. The vocal harmonies maintain the feeling of the original across all three versions but the rest of the song evolves like a game of "telephone," each additional iteration departing further from the original.

The Byrds leaned into psychedelia for their version of "Jesus is Just Alright" in 1969.

Take, for instance, the change in time signature in the middle of the Doobie Brothers' version. The breakdown signals a shift in priorities; now the song displays the virtuosity of the members of the band in addition to the message. And it's this version that in turn inspired notable covers by dc Talk and Stryper, both of which take the Doobie Brothers' arrangement and rework its elements to fit their distinct styles.

The unintentionally secret origin of "Jesus is Just Alright" leaves the song's legacy to be somewhat bittersweet. While the original pressings of both the Byrds and the Doobie Brothers' versions give credit to "A. Reynolds" for the song, many falsely believe that the Doobie Brothers wrote it. At least Arthur's surname is on the label; missing attributions for cover songs was a common and problematic practice in the 1960s and 70s, with some white rock bands appropriating black music without giving credit – or royalties – to the original authors. The creativity of an artistic reinterpretation is worthy of attention by itself, but the listening experience is richer when the original musicians are given their proper recognition.

Doobie Brothers by Leahtwosaints is licensed under CC BY-SA 2.0