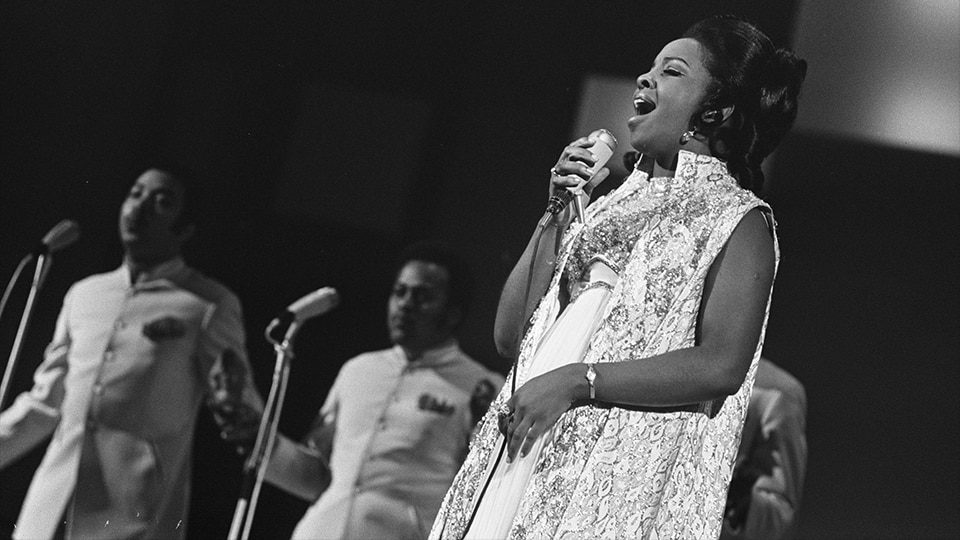 It all started with a phone call between singer-songwriter and former University of Mississippi quarterback Jim Weatherly and 70s-icon actress Farrah Fawcett. Weatherly had intended to speak to actor Lee Majors, his flag-football teammate who was dating Fawcett at the time, but reached Farrah instead. In that conversation, she mentioned she was "taking the midnight plane to Houston" to visit her parents. The phrase stuck with Jim and, after cooking up a few characters loosely based on his friends, inspired him to write "Midnight Plane to Houston." The pop-country song tells the tale of a woman who returns home after not achieving stardom in Los Angeles and the lovestruck narrator who follows her, singing "I'd rather live in her world than live without her in mine." (The real Fawcett and Majors enjoyed long, successful careers in L.A. and were married in 1973.)

Jim Weatherly recorded the track himself, but since he didn't plan to market it as a single, his publisher Larry Gordon sent the song to other artists looking for new material. The first taker was soul singer Cissy Houston (mother of acclaimed R&B/soul/pop singer Whitney Houston) but the song's title didn't resonate with her. “My people are originally from Georgia,” she later said, “and they didn’t take planes to Houston or anywhere else. They took trains.” Her publisher called Gordon to ask if they could change the title and lyrics to make it more authentic to Cissy's experience, while re-marketing it as an R&B single. Larry Gordon gave them permission to "change anything but the writer and publisher."

Cissy's 1972 version became a modest hit, with the added harmonica giving it a slight country feel. A year later, both Jim and Cissy's renditions made their way to Motown star Gladys Knight. A Georgia native herself, it made sense that Gladys connected more with the rewrite, so she kept Houston's title and lyric changes, reversing the pronoun genders that re-imagined the song from a female point of view.

With Jim Weatherly's permission, Gladys expanded on and personalized the lyrics, adding the catchy line, "A superstar, but he didn't get very far." She restructured the words in call-and-response form with her backing vocalists The Pips, who embellished the melody further with lush and satisfying harmonies (especially the railroad-themed "woo-woos"). With a string orchestra to top it off, Gladys Knight & The Pips brought the song to new heights with their 1973 recording, which topped both the Billboard Hot 100 and R&B charts that year. It won a Grammy in 1974 for Best R&B Vocal Performance By a Duo, Group, or Chorus and was inducted into the Grammy Hall of Fame in 1999 – a great triumph for the "Empress of Soul."