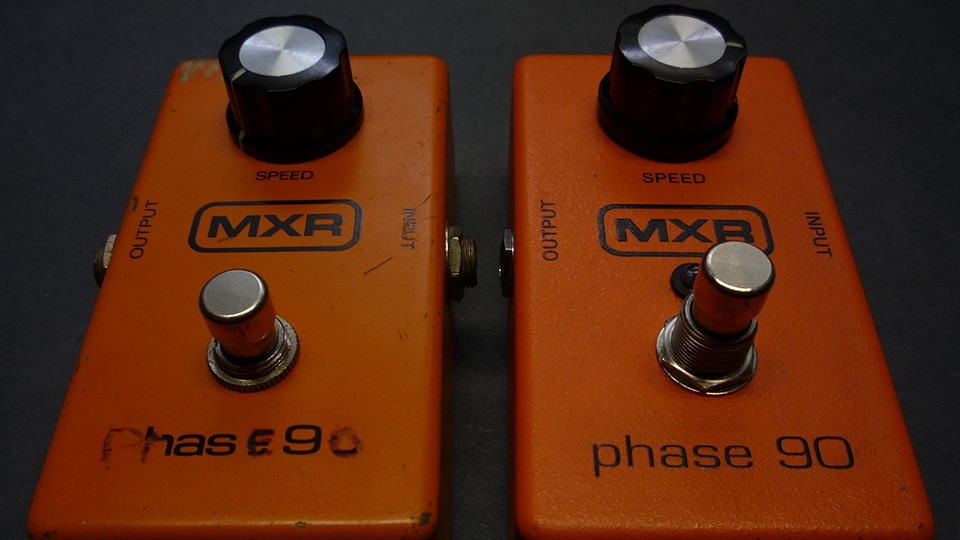 The phaser effect ranks as one of the oldest and simplest guitar effects, and one of the most distinctive. You'll hear it on Radiohead's "Paranoid Android," and Eddie Van Halen employed it on "Ain't Talkin' 'Bout Love" (and almost every track of the band's debut album). This effect adds a sci-fi swirl to your sound, like your guitar is traveling through another dimension – and it does this by literally turning your signal upside-down.

That's a phaser on Phil Lynott's bass at the start of Thin Lizzy's "Dancing in the Moonlight."

Picture a sound wave, with peaks and valleys in the wave. A phaser pedal takes your guitar's sound wave, copies it, and changes where the peaks and valleys occur in that copy – or puts it "out of phase" with the original. Then, the pedal uses what's called a low-frequency oscillator (LFO) to actively move that copy back and forth through the range of frequencies, from low bass sounds to high treble sounds. That results in a "chewy" or "whooshing" sound that rides along with your original signal, overlapping and sometimes even canceling it out altogether at certain points. If you speed up the whooshes, the effect almost sounds like you're spinning your guitar amp around the room as the copied signal goes in and out of phase. The result is an otherworldly filter that repeats its sweeping, swooping cycle as frequently as you choose. 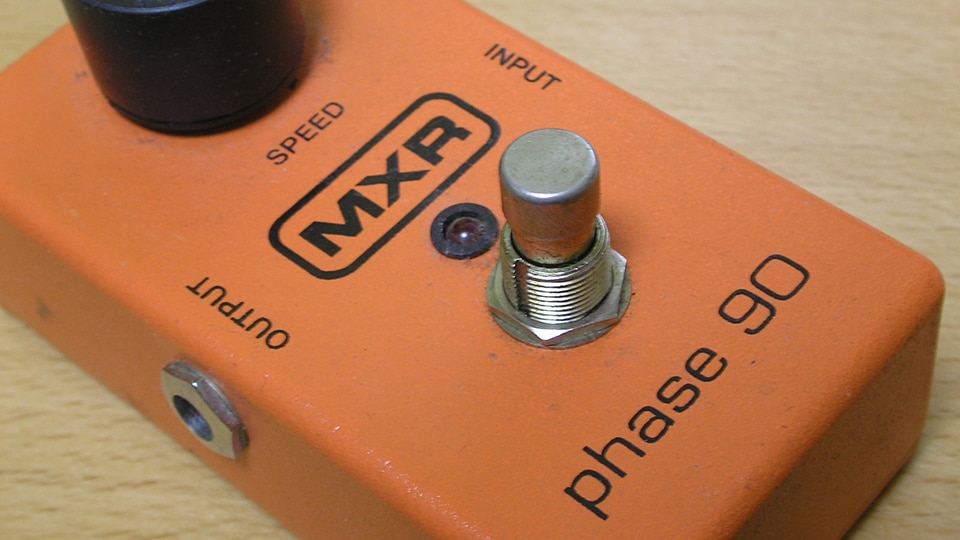 While the effect was used in studio recordings from the 1960s, it really became a guitar effect with the release of the MXR Phase 90, launched as the company's first pedal in 1974. It features just one knob – Speed – though later models and pedals have added more variables, including multiple phasers, different frequency boosts, variable intensities, and much more. It's certainly a favorite effect of classic rock players, but you'll hear it in the work of modern rockers like Mike Einziger from Incubus (who has three phasers on his live pedalboard) and classic country artists like Waylon Jennings – check out the phasing chords behind the country classic "Luckenbach, Texas." One very clear and perhaps unexpected example of a phaser appears on Chet Atkins & Les Paul's recording of "Birth of the Blues," from 1976's Grammy-winning Chester & Lester album.

Chet Atkins, heard here in the left channel, employs a phaser all the way through "Birth of the Blues."

A phaser adds very distinct textures to both clean and overdriven signals, so if you want to try one out, know that it's not often used as a subtle effect; it's fairly obvious when in use, even at lower speeds. But that's also its strength, as its "in your face from outer space" nature makes it perfect for calling attention to your lead or rhythm playing. Fast single-note runs and chords both benefit – and a little bit will go a long way. Try using it to punctuate solos or kick it on for choruses to spice up your next performance.

Phase 90s by Roadside Guitars is licensed under CC BY-SA 2.0.