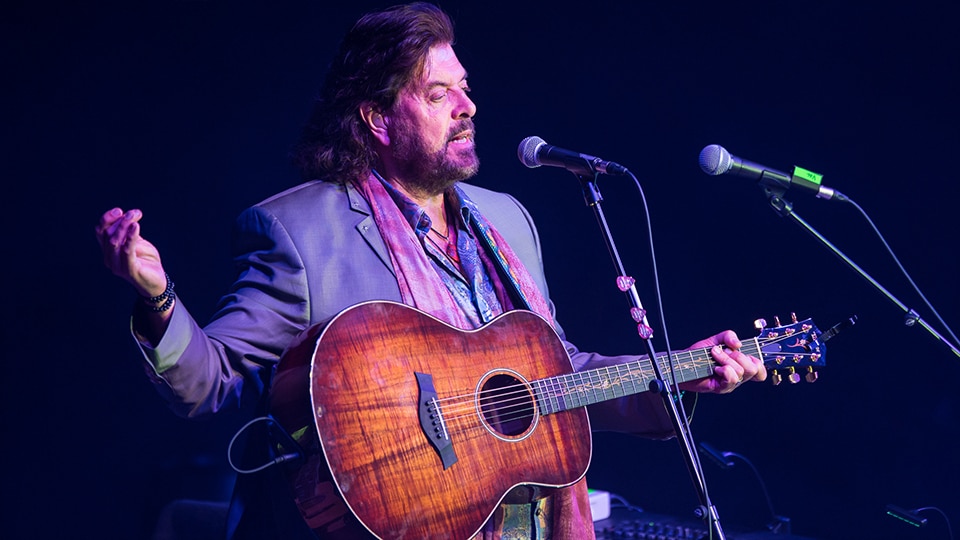 The Progressive Pop of The Alan Parsons Project

The richly textured pop music of The Alan Parsons Project has been described by music critics as "progressive pop" – and it's as apt a label as any for the band's intriguing, dense, and yet still Top-40 friendly catalog. Core members Alan Parsons and Eric Woolfson met at Abbey Road Studios in the summer of 1974. Composer Woolfson was working as a session pianist, while Parsons had already racked up an impressive resumé serving as assistant engineer on The Beatles' Abbey Road and Let It Be, and Pink Floyd's Dark Side of the Moon. Eventually growing frustrated with helping other artists achieve their creative visions, the two began to collaborate as The Alan Parsons Project – with ample expert assistance. At the time, the film industry began promoting directors like Hitchcock and Kubrick more than the actors who starred in their films; similarly, Woolfson believed that music producers held similar visionary clout. That's why the duo played and produced while enlisting a seemingly infinite list of amazing session players to help create their recordings – but the name on the album was Parsons'.

The Alan Parsons Project enjoyed mainstream success in the late 1970s to early 1980s, after signing to Arista Records in 1977. They released their fifth studio album in 1980, The Turn of a Friendly Card, a concept album based on the perils of gambling and the risks people take in life. The album spawned the disco-tinged, up-tempo hit "Games People Play," featuring singer Lenny Zakatek on lead vocals backed with multiple vocal harmonies. Parsons preferred to rotate through a cast of polished and proficient singers for leads, and even though Eric Woolfson himself admitted he was neither, he made his first lead vocal appearance on the album's second hit, "Time," a melancholic number with a challenging and enormous vocal range that Eric nailed perfectly.

Their follow-up album, Eye in the Sky, featured what became APP's best-known song, "Sirius," an instrumental that segues seamlessly into the album's title track. Perhaps best known among U.S. sports fans as the entrance music for the Chicago Bulls, "Sirius" uses a looped melody from a clavinet – a keyboard instrument famously featured in Stevie Wonder's "Superstition" – as the song's foundation. The dense layers of guitar and keyboards with the clavinet looped by Parson's Fairlight CMI sampler all work together to create an exciting intro to the album – and a great mood setter into the more pop-focused "Eye in the Sky." The hit title track brings Eric Woolfson back on catchy-as-ever lead vocals and Wurlitzer electric piano, closing with a tasty solo by APP guitarist Ian Bairnson.

Still pushing sonic boundaries 35 years after its release, the 5.1 surround-sound mix of Eye in the Sky won a Grammy for Best Immersive Audio Album in 2019. The Alan Parsons Project were truly "progressive" and "pop" in equal parts, achieving commercial success with radio-friendly hits, while at the same time experimenting with a wide range of instruments, voices, and song structures – true risk-takers of their craft.