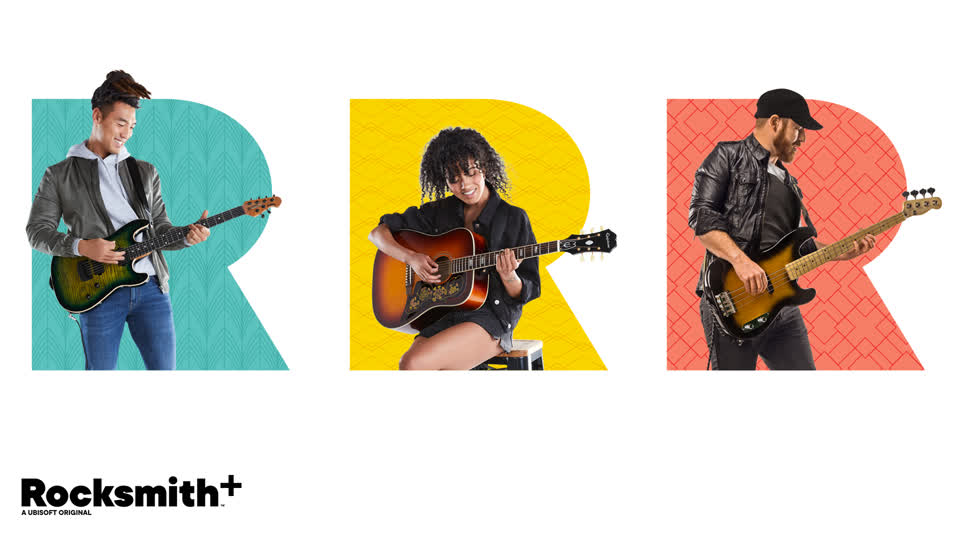 Being surrounded by good music, curating it with people who love music and sharing it with people using that music to learn how to play a musical instrument is a great job - one of those "pinch me, is this real?" ones in my experience. Elements of being a librarian, researcher, teacher, musician, and disc jockey all come into play when working with the Rocksmith+ music team to develop our Song Lists. When learning how to play any musical instrument one of the most important aspects of the process is choosing the songs that will help make the experience interesting, achievable, memorable, and fun. Assembling those songs is a combination of research, education, exploration, and creativity that results in the Song Lists you will find in Rocksmith+. This brief overview of what our dedicated Music Team does to curate these lists is designed to give you a backstage pass at how we build the Song Lists that you will find in the application, providing musicians with a solid reference point to put their progress to practical use.

Unlike the typical "mix tape" use of the term, the Rocksmith+ Song Lists are more than a collection of songs that sound good together. Our music team works with musicians, developers, instructors, sound designers and music lovers to create these Song Lists to enhance and support how musicians learn. Often, our music team will brainstorm with other teams to get their feedback on various ideas we have when creating Song Lists. Having so many accomplished musicians on the Rocksmith+ team from around the world who are all interested in playing different genres ranging from classical, jazz, hip-hop, metal, and much more provides our music team with valuable information that we use to build our Song Lists. What is the process for curating the Song Lists?

The initial step that's used in our process is to create themes for our lists. This is a very creative process, much like a band conceptualizing an album project. The music team meets regularly to brainstorm ideas in a round table fashion. Leaving egos out of the room and trusting each other during this process provides a safe space where no ideas are too wild to be shared. Ultimately, this process results in a series of themes that the team feels will unearth musical gems that support the mastery of your instrument. As you can imagine, examples of themes you will find in Rocksmith+ vary widely, including genre, geographical regions, musical concepts, song subject and title, and others limited only by our team's free sharing of ideas with each other. For example, our "Pedal Power" Song Lists grew out of an idea to feature songs that were examples of the wide variety of sounds a player can get using effects.

Once the themes for our Song List are agreed upon, the research team goes to work. Given all the music in the Rocksmith+ library to choose from, this is a task that is both challenging and enjoyable. With our "Pedal Power" Song List the artist and genre variety ran from surf rock to jazz with many others in between, sometimes leading to enthusiastic sharing within our team during this phase of the curation process of new artists and songs. As one of the joys of music is discovery, sharing these finds with one another as well as information that we may have from experience or further research expands our knowledge significantly.  Ultimately this shared discovery, knowledge, enthusiasm, and - of course - the music gets shared with Rocksmith+ users. 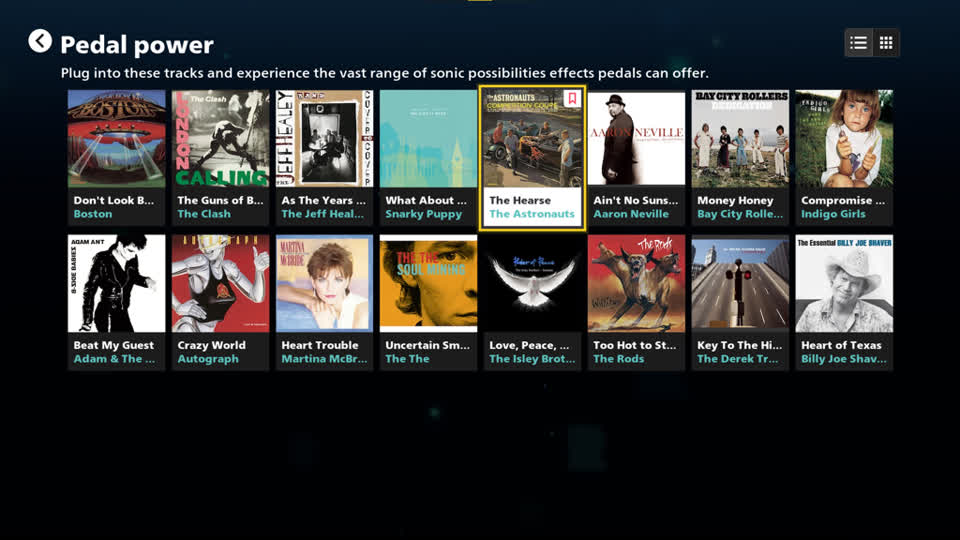 When curating last week's "Pedal Power" the Music Team sought out songs featuring different effects so players learn how much they could stretch their sonic boundaries. Boston's "Don't Look Back" opened the Song List with variety of effects by a band known for their experimentation with the manipulation of the stock guitar sound. One of our goals is to make sure that bassists are served by Rocksmith+, which led us to the song "Compromise" by the Indigo Girls with its unique distorted bass tone that kicks off the song. More nuanced effects such as the chorus used throughout Aaron Neville's version of "Ain't No Sunshine" were added as well, resulting in a Song List ranging from almost imperceptible subtleties that are felt more than heard all the way to "in your face" effects that slam listeners against the wall.

We endeavored to create a similar Song List with our "Tools of the trade" collection that included songs demonstrating the wide variety of guitars used by ace players to create some classic sounds. The artistry on Nancy Wilson's "Leghead's Lament" was a great find by the team to show how much fire power can be generated on an acoustic guitar in the hands of a fine musician. Adding songs like "Six Strings Down" and "Going Down" with their all-star cast of guitarists to the Song List gives RS+ players an opportunity to experience the sounds of multiple guitars in a single shot. This was a fun Song List for our entire team to curate while learning a lot of guitar history at the same time.

The final phase of the curation process is preparing them for final delivery to the Rocksmith+ users. Personally, I find this to be most enjoyable step in bringing this from conception to delivery as much it requires listening to a number of ideal songs multiple times to choose the best of the large number of songs researched by the team and then sequence them. This, too, is challenging and creative as it requires making the songs flow smoothly from song to song while keeping the player learning in the process. It takes a combination of the creativity of a DJ, the feel of a musician, and the support of an instructor to come up with a finished Song List for Rocksmith+. The Song Lists are usually updated weekly so there will always be new musical challenges awaiting players to try out. Starting next month, articles such as this one that bring you into our Song List workspace can be found here. Be sure to check back in every now and then for a peek behind the scenes.

Of course, this overview is only a portion of the process as the entire Rocksmith+ development team including note trackers, engineers, instructors, community builders and more all are important to the Music Team when it comes to creating and delivering the Song Lists. It's great to be part of a larger ensemble that brings this learning tool to the users.

Michael A is a member of the Rocksmith+ Music Team. He's a veteran music industry professional who has been a contributing writer for Guitar Player Magazine and Electronic Musician Magazine.

*Song availability may vary by region