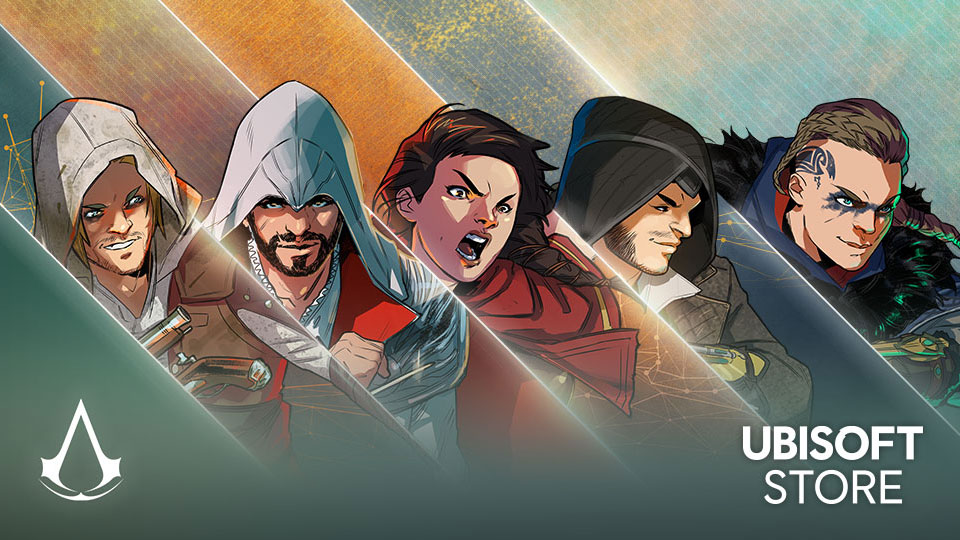 The Ubisoft Store is teaming up with famed comics artist Valeria Favoccia for a unique limited-time sale on the Assassin’s Creed franchise. If you missed out on any of the series’ recent entries, like Assassin’s Creed Valhalla and Assassin’s Creed Odyssey, you won’t want to miss out on this sale. However, Favoccia’s bespoke artwork makes the website a must-see for any fan of Assassin’s Creed.

Favoccia, also known as Lux, has worked for Titan Comics, Boom! Studios, Dark Horse Comics, Respawn Entertainment, and is a proud member of the Assassin’s Creed Mentors Guild. They got their start posting fanart online before being embraced by the Assassin’s Creed community. “I love drawing dynamic poses and character designs,” says Favoccia. “That's why when I played AC1 for the very first time, I fell in love with it! It was just my cup of tea and everything about Assassin’s Creed always feels so much like home to me, all too familiar and so in sync with my tastes.”

While you’re picking up new Assassin’s Creed games, why not read up on what you can expect in Assassin’s Creed Valhalla’s next expansion Dawn of Ragnarök, or the mythology that inspired it, or revisit renaissance Italy on the go with the Ezio Collection, available now on Switch.