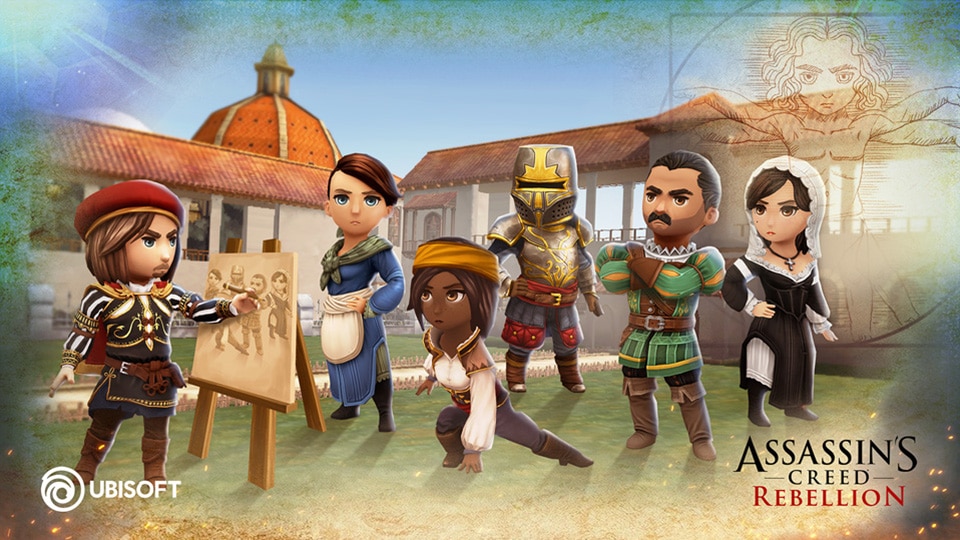 Travel to Naples and help the Auditores take down Rodrigo Borgia in the latest update from Assassin's Creed Rebellion!

Set in the world of Assassin's Creed II, travel to 1499 Naples in ACR's newest Campaign and help Claudia Auditore da Firenze recover stolen weapons that are crucial to helping her brother Ezio and his mercenaries in Rome take down Rodrigo Borgia, the leader of the Templar Order!

New to ACR? Download Assassin's Creed Rebellion now on iOS or Android and join over 15,000 other players on ACR's official Discord server!

Play Campaign Missions to collect DNA Fragments for 6 new Heroes, including Leonardo da Vinci, Teodora, and Bartolomeo from AC2 and also three ACR-exclusive characters! Read on to meet the newest Heroes to join the Rebellion: 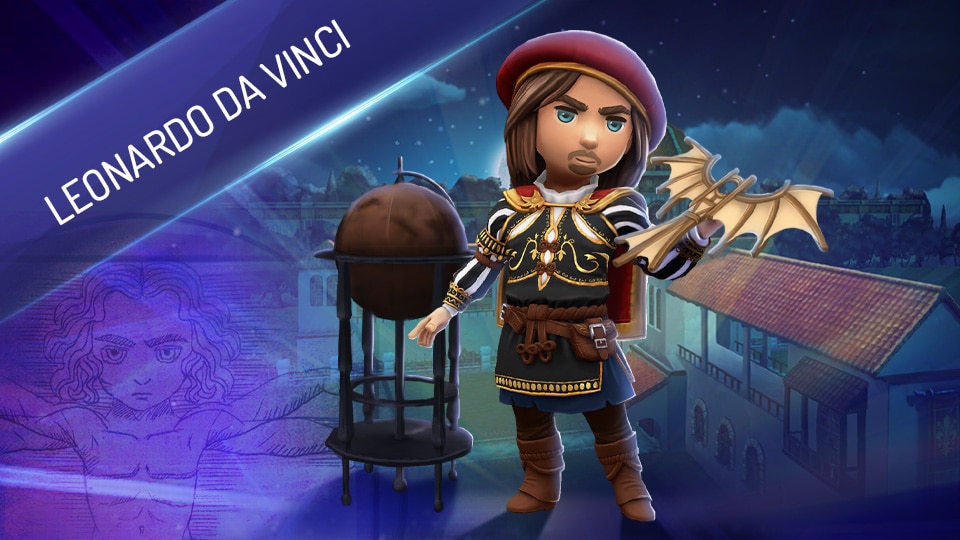 A gifted artist from a young age, Leonardo began an apprenticeship under renowned painter Andrea del Verrocchio when he was only 14 years old. In 1476, Leonardo met Ezio Auditore and the two became fast friends. Due to his studies and curiosity, Leonardo was talented in many fields including painting, anatomy, botany, and engineering. He used this knowledge to assist Ezio by repairing his hidden blades and experimenting with the creation of other devices to aid Ezio on his outings. Aside from these feats, Leonardo was more well known for his accomplishments in the realm of art, creating such famous pieces as the Mona Lisa, the Vitruvian Man, and the Last Supper. His creations over the years left a large impact on the world and he was considered a vital ally to the Assassin Brotherhood. 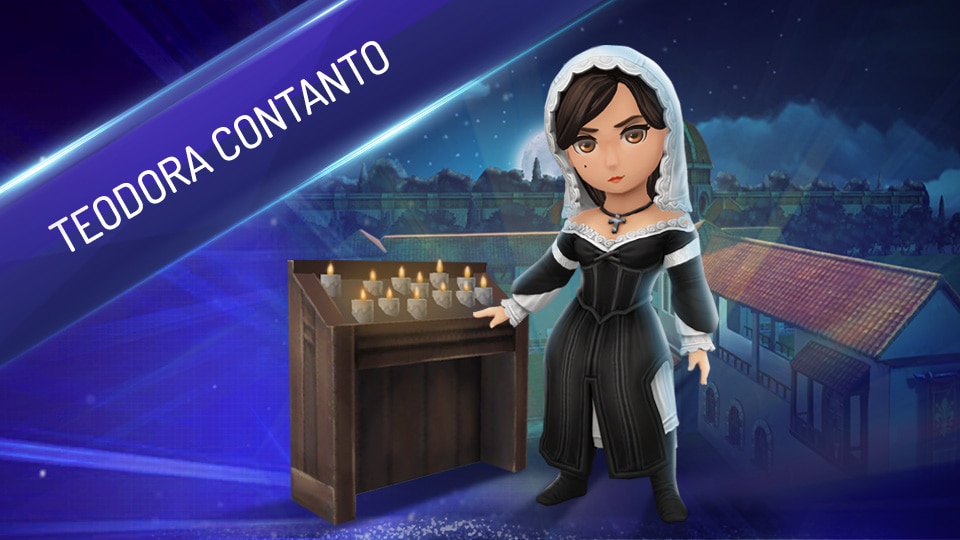 Born to a family of jewelers who ran their own shop and taught her the craft from a young age, Teodora got herself into trouble with a wealthy customer and her parents sent her to the Santa Maria degli Angeli convent as punishment. In 1473, Teodora left the convent and opened La Rosa della Virtu, a bordello located in the festival center of Venice, which was largely staffed by former nuns with beliefs similar to Teodora. In 1486, Teodora met Ezio Auditore and proved to be a valuable ally to him and to the Brotherhood. After assisting Ezio on many missions, Teodora eventually returned to Venice where she lead her courtesans using her cunning mind and many connections to continue to assist the Brotherhood. 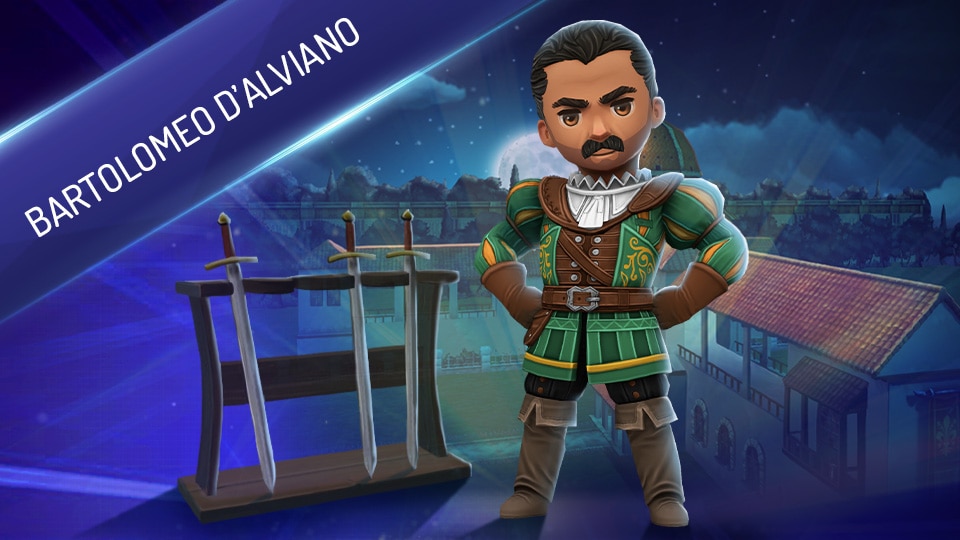 Bartolomeo was a member of the Assassin Order in Venice and a mercenary leader in the city. In 1486, Bartolomeo lost his district to Templar control and was captured. He was soon rescued by Ezio Auditore and the two fought their way back to the mercenary’s headquarters. In the years to come, Bartolomeo was directly involved in, and in some cases responsible for, many victories against the French and the Templar Order. Bartolomeo was a close friend of Ezio Auditore and of the Assassin Brotherhood. He cherished combat and honor above all else and he was an incredibly talented fighter in his time. Wielding his beloved sword Bianca, he led his mercenaries to countless victories over the years. 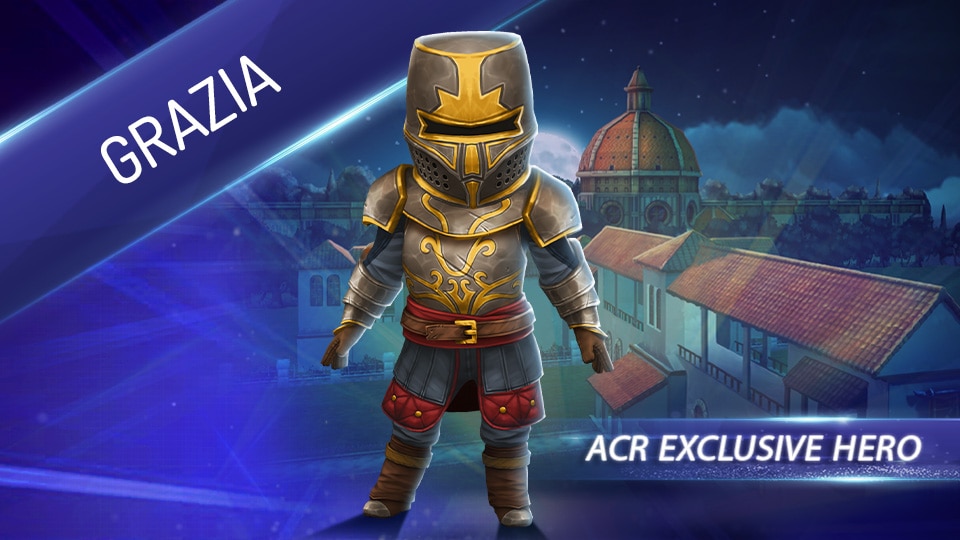 Born to a devout family, Grazia's parents had strong ties to the Templar Order and she became inducted into the Order at a young age. She was trained in combat and worked her way up the Order to earn the title of Inquisitor. Over time, Grazia became more and more disturbed by the truths she had begun to learn about the Templars. She soon defected after an atrocious act was requested of her and she was forced into hiding for a number of years. Seeking to atone for acts she committed as a Templar, Grazia began quiet communications with the Assassin Brotherhood and though she was reluctant to trust them initially, she eventually joined the Brotherhood. Grazia provided useful intelligence regarding the Templar Order and was an invaluable soldier on the front lines of the Assassin-Templar War. Tosca was a self-taught swordsman who dedicated her life to developing her craft. As a young woman, she quickly made a name for herself as a mercenary due to her impressive skills and brutality in combat. In 1490, Tosca met an aspiring dancer by the name of Sofia Yayal. In awe of Sofia’s talents and beauty, she befriended Sofia and the two became inseparable. Roughly two years later, Sofia was killed after getting caught in a dispute between a Templar Lord and a young boy. Devastated by the loss of her partner, Tosca took Sofia’s namesake and began to hunt and kill every Templar she could find. Tosca was eventually found by the Brotherhood, who taught her the art of assassination and redirected her anger towards protecting the innocent. 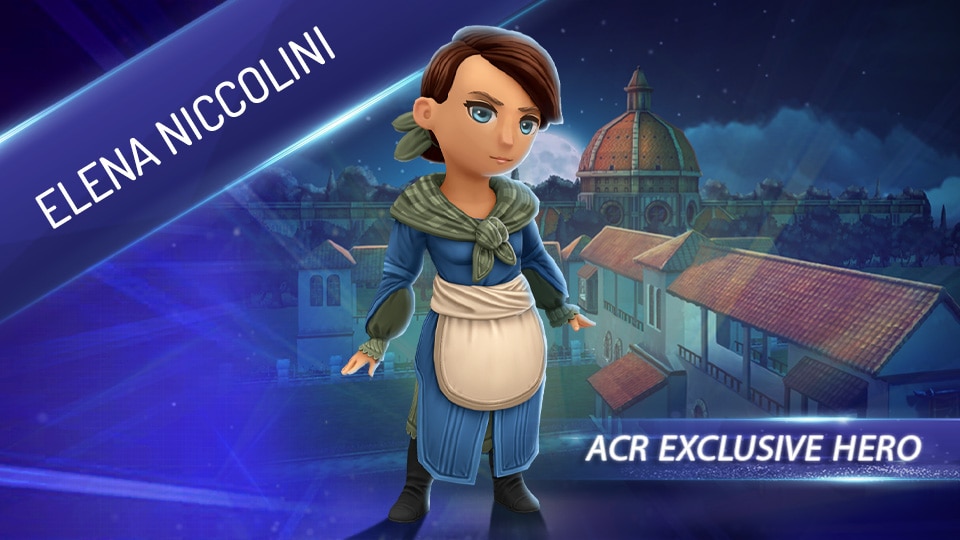 Elena’s father was a commanding officer in the military and her mother was a talented seamstress. Her mother died early in Elena’s life to an unknown illness, but not before teaching Elena everything she could about her craft. Elena had gained plenty of experience crafting and repairing uniforms for her father over the years. In 1476, she moved to Florence with her father and opened her own shop. One day, Claudia Auditore da Firenze visited her shop and was immediately impressed with her work. Claudia became a regular patron of the shop and Elena was soon recommended to other colleagues of the Brotherhood.

Download the latest update from Assassin's Creed Rebellion on iOS or Android now to recruit your favorite AC2 Heroes and more!