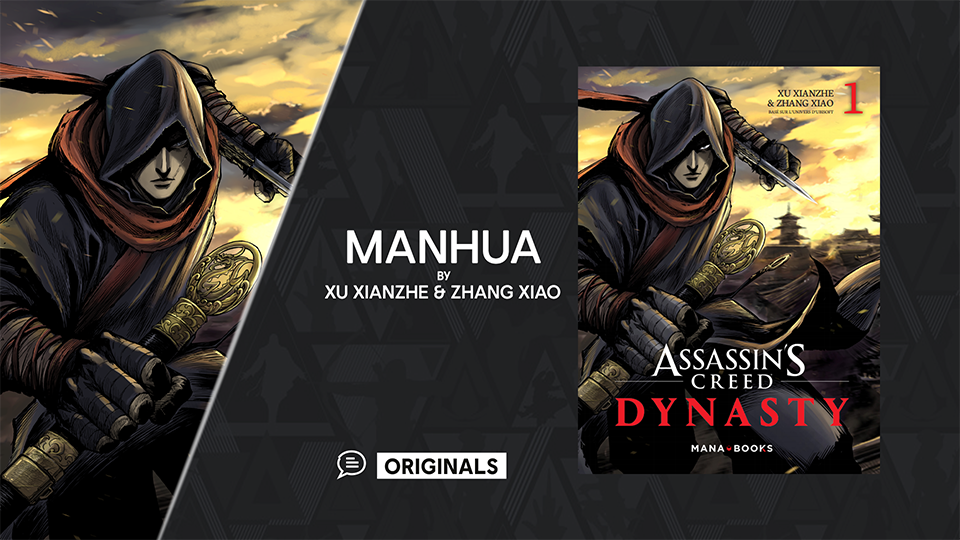 A series of manhuas (Chinese comics) following the adventures of Li E, an Assassin trying to save the Tang Dynasty from a civil war.

In the 14th year of the Tianbao Era (CE 755) An Lushan, a military governor with ties to the Knights Templar, leads his elite corps to rebel against the Tang Dynasty, and the ill-prepared Tang Empire falters under the threat. The two capitals Luoyang and Chang’an fall and China falls under the oppression of the cruel An Lushan. As the Tang dynasty starts to crumble, Li E, a shady Assassin trained by the Hidden Ones in the far West, teams up with Tang loyalists to turn the tide and save both the dynasty and the country from this crisis.

Talents: Xu Xianzhe & Zhang Xiao
Xu Xianzhe is a famous Chinese scriptwriter and artist. His major work, Blades of the Guardians, was recognized as a “major manga of international magnitude” by media and readers both in his country and abroad. He is acknowledged as one of the best Chinese artists and won many prizes.

Zhang Xiao comes from Chinese new generation of Manhua artists. Often praised for the expressiveness of his characters, as well as his subtle line art, he also won many prizes in China.

Original Publisher: ULAB
New Comics, founded by ULAB Co., Ltd, is one of China’s boutique comic platforms that has produced many critically acclaimed comics under its banner, including the bestseller Blades of the Guardians.