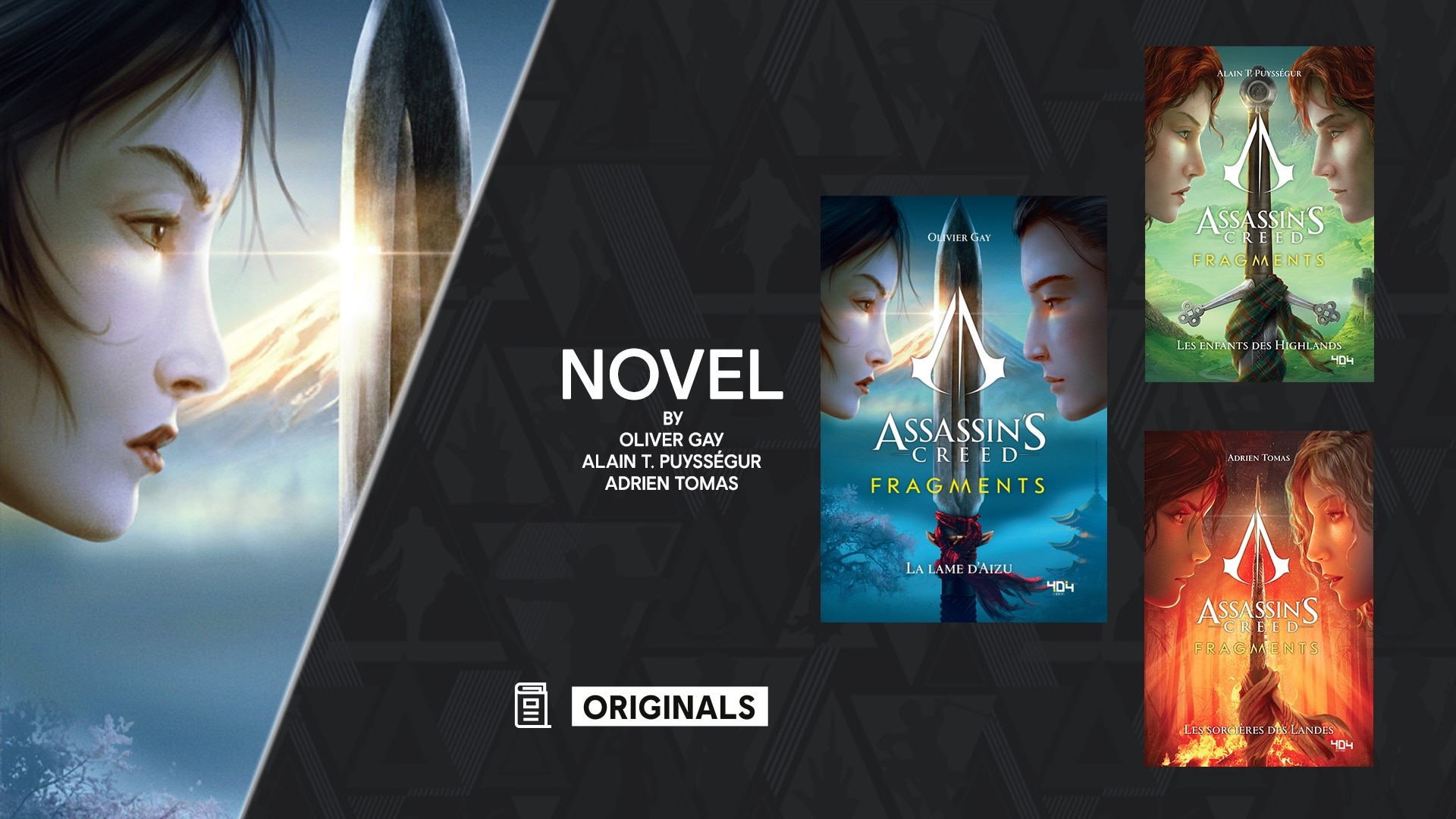 Assassin's Creed Fragments is a new young adult book series developed in partnership with the French publishing house Editis. This action-adventure historical fiction saga will feature teens caught up in the centuries-old Assassin-Templar feud and explore the nature of the relationship between siblings. Each book in the series will take readers to a different time-period and location, with new protagonists. The first volume is set in 19th Century Japan, the second in 13th Century Scotland and the third in 17th Century France. 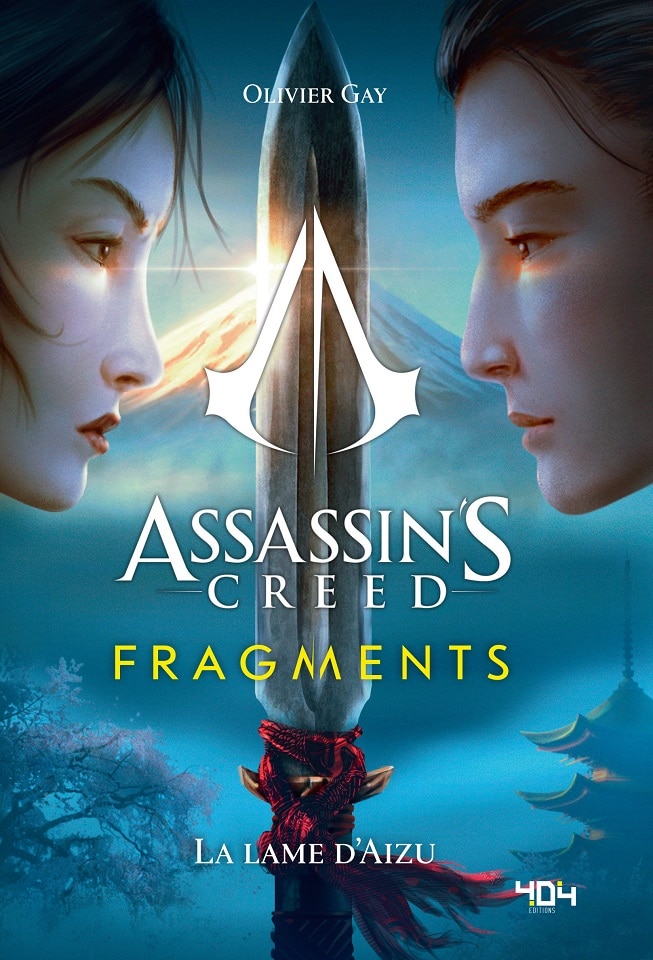 THE BLADE OF AIZU

The debut of the action-adventure book series is set during a pivotal moment in Japan's history. With a civil war erupting, the destinies of young Atsuko and her brother Ibuka are about to change forever.

Japan, 1868. The opposition between the Tokugawa Shogunate and the Emperor's supporters is growing under the influence of external forces. The Templars have infiltrated the Emperor's court and are pushing him to go to war against Tokugawa, an ally of the Assassin Brotherhood. Could the glorious era of the Samurai be on the verge of collapse?

Atsuko, a 16-year-old Japanese girl, grew up in the wealthy neighborhoods of the city of Aizu. Although she is expected to follow cultural tradition and accept an arranged marriage, she dreams of another life. Since childhood, Atsuko and her brother Ibuka have been trained in martial arts. She wields weapons as well as her brother, who is regarded by many as Aizu's most promising warrior. But the two siblings share a secret: Ibuka is a formidable Samurai but has an insurmountable fear of combat. When war is declared, Ibuka must go and fight alongside their father for the honor of the family. Defying tradition, Atsuko disguises as a male soldier and enlist in the Shogun's army, eager to show the extent of her talents, while watching out for her brother. 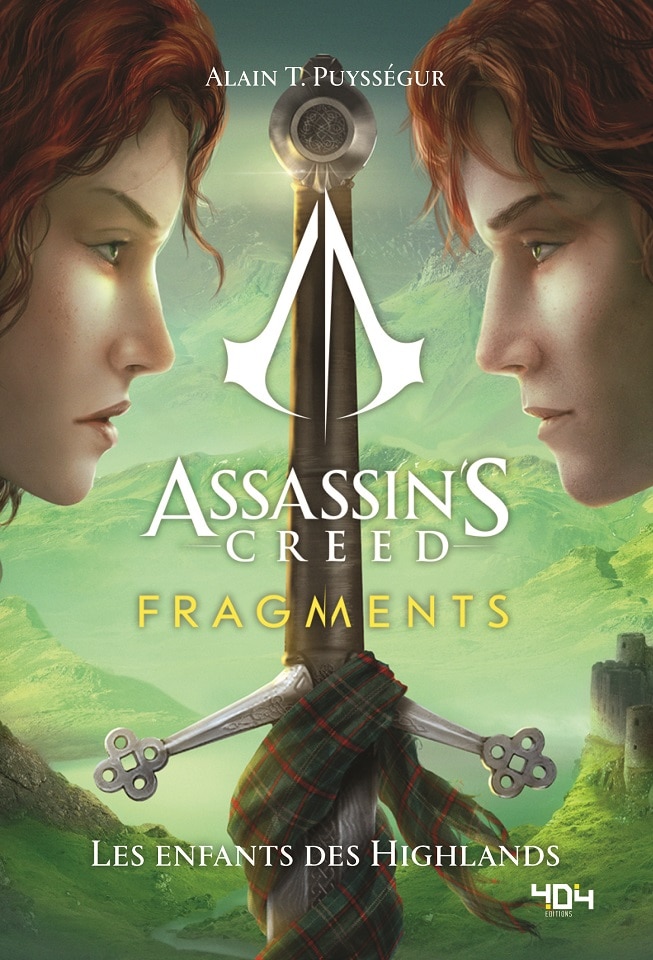 The second entry of the Assassin's Creed® Fragments series is set in Scotland, during the first war of independence in the 13th century. The story follows two orphaned twins who have had their lives disrupted when conflict sets them on two separate paths

Scotland, 1296. The English troops of King Edward are ordered to attack and ransack the Scottish town of Berwick. During the chaos of the battle, Fillan and his twin sister Aileas get separated. Fillian finds protection within a mysterious group of warriors, while Aileas is saved from certain death by an English Captain. Thrust into the dangers of the violent conflict opposing not only Scotland and England, but also Assassins and Templars, each teen embarks on their own perilous journey. When the time comes, will the two siblings be reunited?

As the third entry in this trilogy is still in its early development phase, more information will be provided later on.

About d'Editis
Part of the group Vivendi since February 2019, Editis is a French leader in publishing, gathering 48 prestigious publishing houses. With a wide portfolio of internationally renowned authors, 4000 new titles published each year and a catalogue of more than 45,000 titles, Editis operates in the fields of general literature, pocket format literature, practical books, children books, illustrated books, educative and reference books. Learn more at www.editis.com