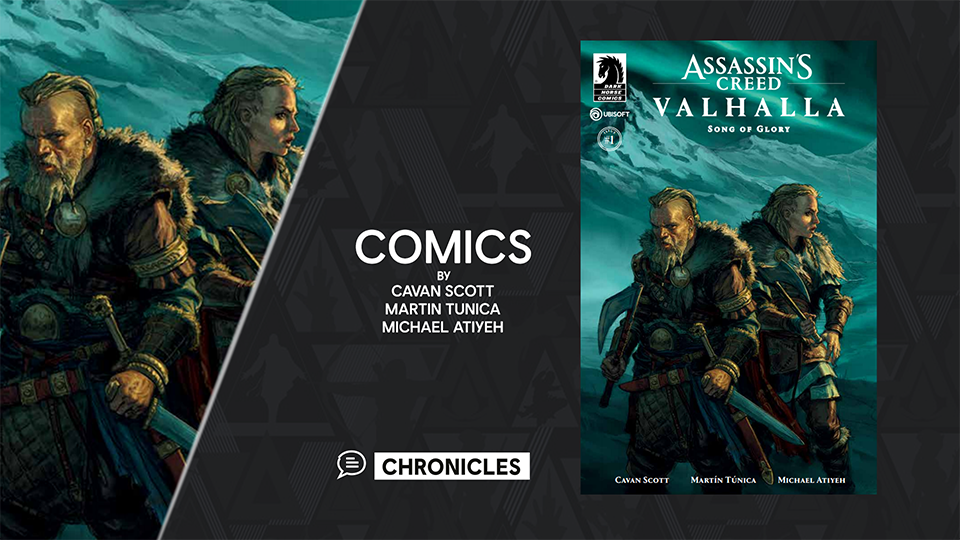 Tensions escalate when a village caught between two rival kingdoms is brutally raided. Eivor, warrior and daughter of wise King Styrbjorn, dispatches the raiders, rescues the villagers, and claims the settlement for her father. She also seizes a prisoner--a woman, Gull, left behind by the rivals--who declares she possesses the secrets of Asgard itself. But there is more to Gull than meets the eye, and her capture will bring death and destruction to Eivor's family. In disgrace and lured by the promise of treasures and glory, Eivor undergoes a dangerous quest to regain her honor, but what terror awaits in the forgotten temple of a powerful god? All the time, her brother Sigurd forges his own legend while searching for fortune in the lands of the East. Far from home, he finds new weapons and fresh plunder, making a discovery that will change his destiny forever . . .

Talents: Cavan Scott, Martin Tunica, Michael Atiyeh
Cavan Scott is a UK number one bestseller who has written for such popular worlds as Star Wars, Doctor Who, Star Trek, Judge Dredd, Pacific Rim and Sherlock Holmes. He is the author of Star Wars Dooku: Jedi Lost, The Patchwork Devil,  Shadow Service, and is one of the story architects for Lucasfilm's epic multi-media initiative, Star Wars: The High Republic. He has written comics for Marvel, DC Comics, IDW, Dark Horse, Vertigo and 2000AD.

Martín Túnica is a comic book artist born in Argentina. His work on comics is featured in publications from the USA, Argentina, and Italy, such as Heavy Metal; Revista Fierro, and Stonebot Comics. He has worked for a variety of publishers, Dark Horse Comics, Avatar Press, Loco Rabia, Latinbooks, and EF Edizioni.

Michael Atiyeh is a Northern California-based comic book artist known for his unique ability to adapt his style to enhance the line art of any artist or project.  He currently works on The Orville and Far Cry, and has been collaborating with Dark Horse Comics since 2002.