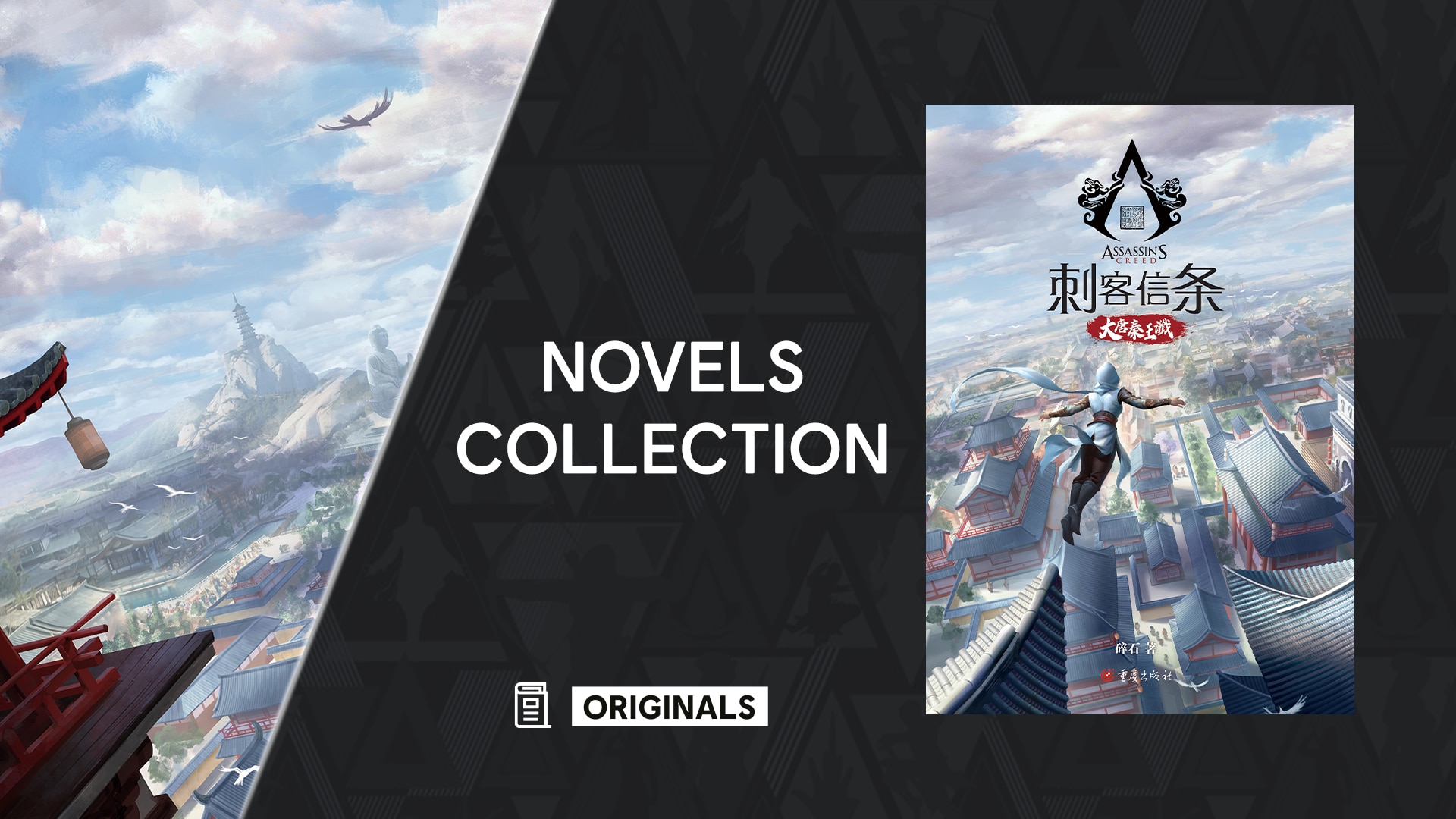 Ten upcoming novels tell new and exhilarating Assassin's Creed® stories, spanning across multiple Chinese dynasties (3rd Century BC -- 17th Century AD). Readers will discover the many heroes who, across history, have fought to put their hands on the most sacred artifact of China: the Imperial Jade Seal. All novels will be released by Chinese publisher STARFISH in the coming years.

Long before Shao Jun's adventures, the Hidden Ones and the Order of the Ancients already fought a relentless war in China. Many Isu artifacts were scattered across the Chinese kingdom, but one very unique Piece of Eden was at the core of the covert conflict: the Imperial Jade Seal, which granted its bearer legitimacy to rule over the Chinese Empire.

Many famous historical figures from Chinese history will appear in these books from the Emperors and their courtiers, through legendary martial artists, to poets and philosophers....

DISCOVER OUR FIRST NOVEL FROM THE IMPERIAL JADE SEAL COLLECTION:

PROPHECY OF THE EMPEROR

A novel from the Imperial Jade Seal collection, set at the dawn of the Tang Dynasty, where a young woman sets out on her quest for revenge and becomes a member of the Hidden Ones in the process.

China, Tang Dynasty, during the reign of Empress Wu Zetian.  Zhangsun Qi is a 16-year-old girl who has been trained in martial arts since her childhood by her master, the Princess of Gao Chang Kingdom.  She is soon sent on a crucial mission: finding and securing a powerful Piece of Eden, the Tui Bei Tu. This quest puts the young woman in the middle of a wider conspiracy, as her own uncle, Zhangsun Wuji, tries to manipulate her to murder the Empress Wu Zetian. She will have to stick to her values and understand the true nature of Tui Bei Tu to save China.

Talent: Sui Shi
Sui Shi is one of the most representative writers of Kung fu novels in Mainland China. He has published many popular full length webnovels and novels . He is also an experienced writer in the fields of games and media.

Original Publisher : Starfish
Starfish is dedicated to the development of publications and creative products centered on large IPs. We focus on official publications of movies, TV series, games and animations that enjoy worldwide audiences, and have established, both online and offline, product lines containing literatures, comics, illustrated books and board games.