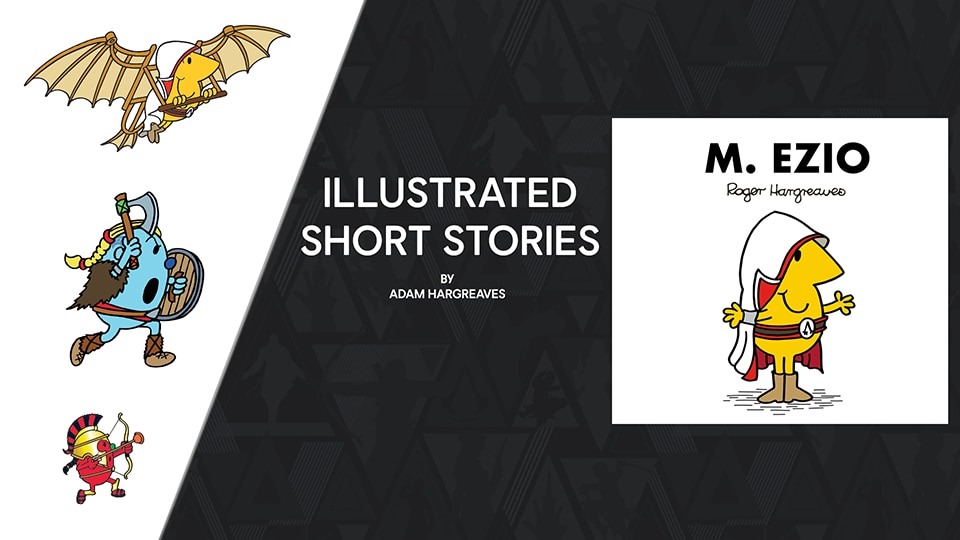 The most iconic heroes of the Assassin's Creed® franchise are joining the ranks of the Mister Men and Little Miss famous picture book series!

By mixing the Assassin's Creed® sense of adventure and history with the colorful and delightful designs of the Little Mr. Men, these books will appeal to both young and adult readers. Follow Mister Ezio, Little Miss Kassandra, and Little Miss Eivor, as they each try to complete their own missions in the first three books of this series!

Talent: Adam Hargreaves
Adam Hargreaves (born 1963) is an English author and illustrator living in East Sussex. The son of Roger Hargreaves, he continues his father's popular Mr. Men series of children's books.The younger Hargreaves also served as inspiration for the series. When at the age of six he asked his father "What does a tickle look like?", Roger used that question to create the first book, Mr. Tickle, which was published in 1971.

Original Publisher: Hachette Heroes
Hachette Heroes is the first pop-culture publisher in the French market. Our vocation is to publish books relating to classic and animation cinema, video games, comics and all pop-culture phenomenons. We are the publisher of the biggest licences (Star Wars, Marvel, Disney, Assassin's Creed, Harry Potter), of the most influential content creators (Pewdiepie, Gastronogeek, Captain PopCorn, NotaBene) and of the leading authors of the geek French and international scene. Our catalog is deploying over coffee table books, activity books or cookbooks.