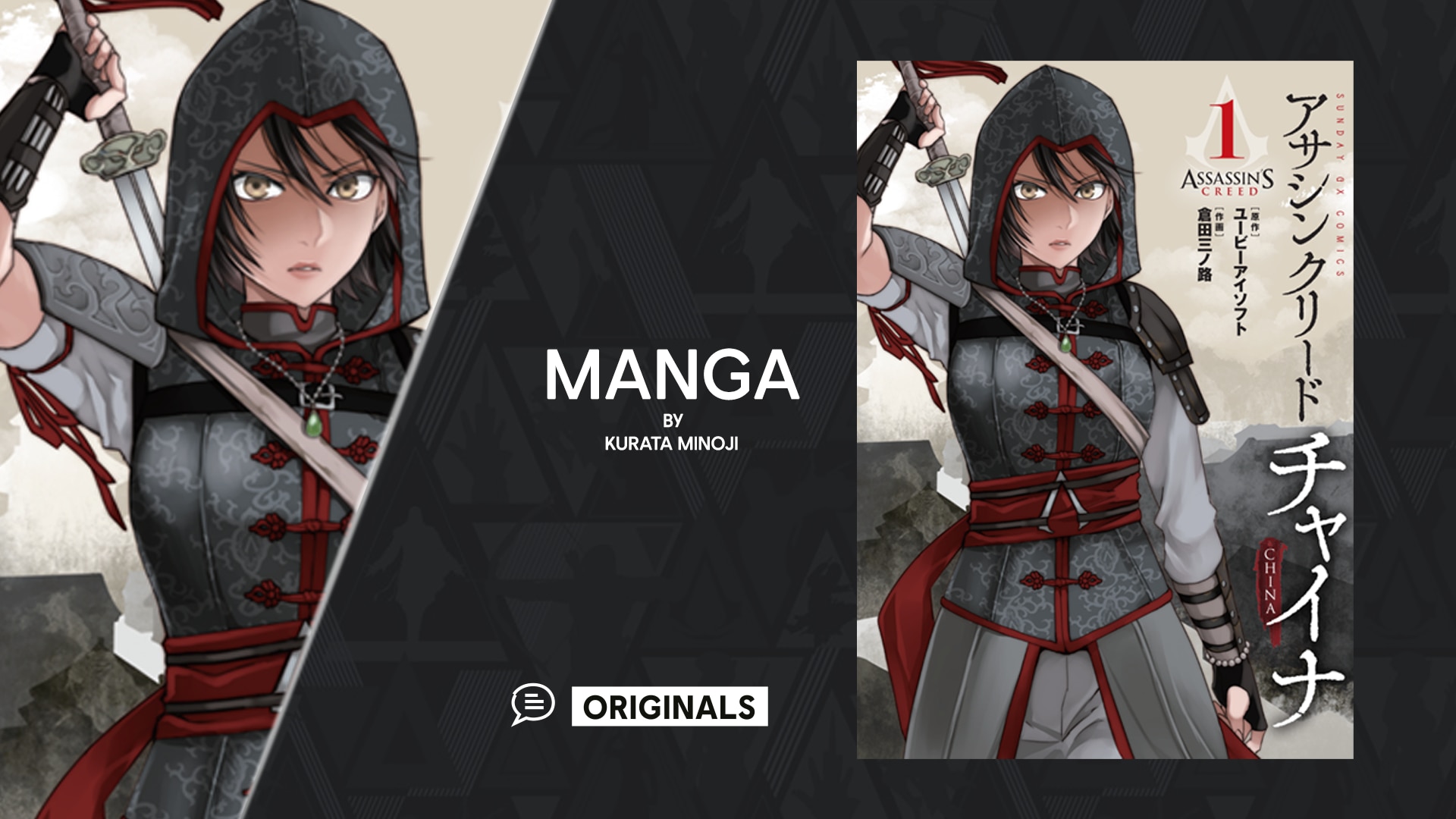 A gripping four volumes manga series based on Ubisoft's Assassin's Creed® Chronicles: China video game, featuring the iconic Assassin Shao Jun. Readers will also discover a new modern-day plot through the story of Lisa, a teenager who falls into a trap set by Abstergo, the modern incarnation of the Templar Order.

1526 AD-China is ruled by the Great Ming Empire. Though the empire flourishes, the winds of the new Emperor's political purge are sweeping over the land, and turmoil is brewing. With the decimation of her comrades, Shao Jun has become China's last Assassin. After escaping to Europe, she has now returned alone to her homeland. Her purpose: vengeance!

Talent: Kurata Minoji
Kurata Minoji was noticed by an editor of GX attending COMITIA (a comic exhibition). She went on to receive an honorary mention at 29th Sunday GX New Writers Award and made a debut in just six months with SHOSEI KUZUKI SHINJIRO'S NICHIJO. While she adores Moto Hagio, her goal has always been to create action-packed manga and ASSASSIN'S CREED helped her realize that dream. Her works include SHOSEI KUZUKI SHINJIRO'S NICHIJO (8 volumes), TENKYU-WA HARUKA (6 volumes) and KUSURIYA-NO HITORIGOTO - MaoMao no Kokyu Nazotoki Techo - (based on the novel of Natsu Hyuuga). KUSURIYA is published up to vol.10 so far and has sold more than 4.2 million copies