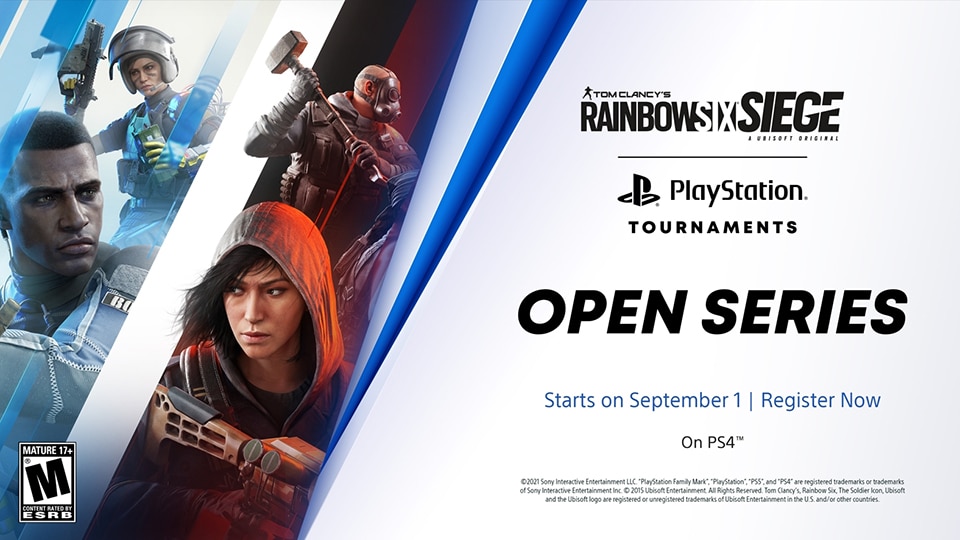 You now have the opportunity to engage in competitive Rainbow Six Siege by taking part in weekly online qualifiers:

Register at compete.playstation.com and compete for titles and special rewards such as themes, avatars, virtual currency and cash prizes. The top teams from each weekly qualifiers will compete in monthly finals for a chance to earn additional rewards.

More information on the PlayStation Tournament Open Series, including competition details and ruleset, is available here.