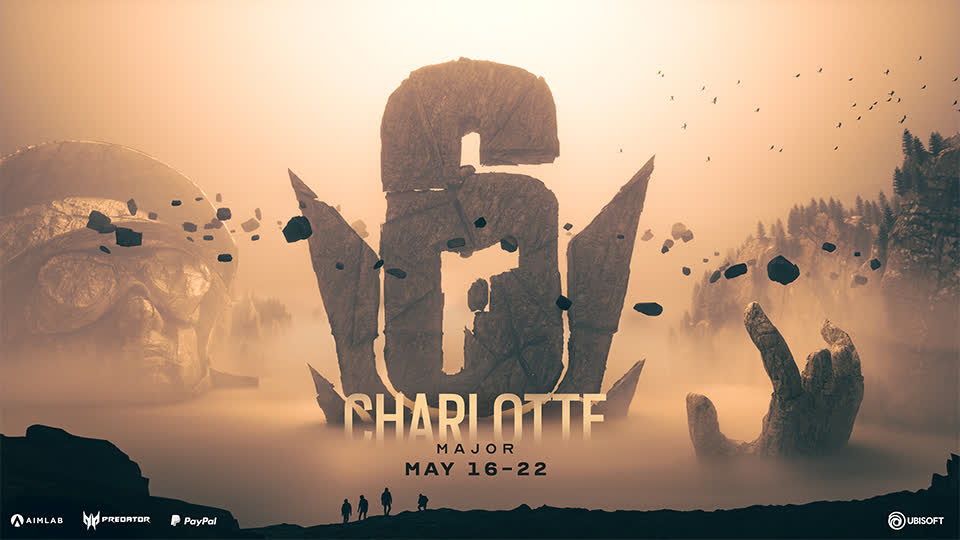 Introducing the Six Charlotte Major from May 16 to 22

With Stage 1 currently underway, we are excited to reveal that our next Six Major will take place in Charlotte, North Carolina, USA, from May 16 to 22!

Marking the end of each stage during the season, the Six Major is one of the biggest tournaments in the Rainbow Six Esports circuit. After Raleigh in 2019, we're bringing the competition back to the United States, where the top 16 teams across Asia-Pacific, Europe, Latin America and North America will compete for the title, prize money, and points in the Global Standings in the race towards the Six Invitational 2023.

But we're not stopping there. After closely monitoring the evolution of the pandemic over the past months, we are thrilled to announce that the Six Charlotte Major will be open to the public for the Playoffs and the Grand Final, from May 20 to 22!

After over 2 years without live audience at our international events, we have been longing to see fans once again at our venues, and we can't be more excited to welcome you back to cheer on your favorite teams and celebrate Rainbow Six Esports with the entire Siege family.

The health and safety of our pro players, fans, staff, and partners being our number one priority, the event will follow dedicated sanitary guidelines in line with local regulations.