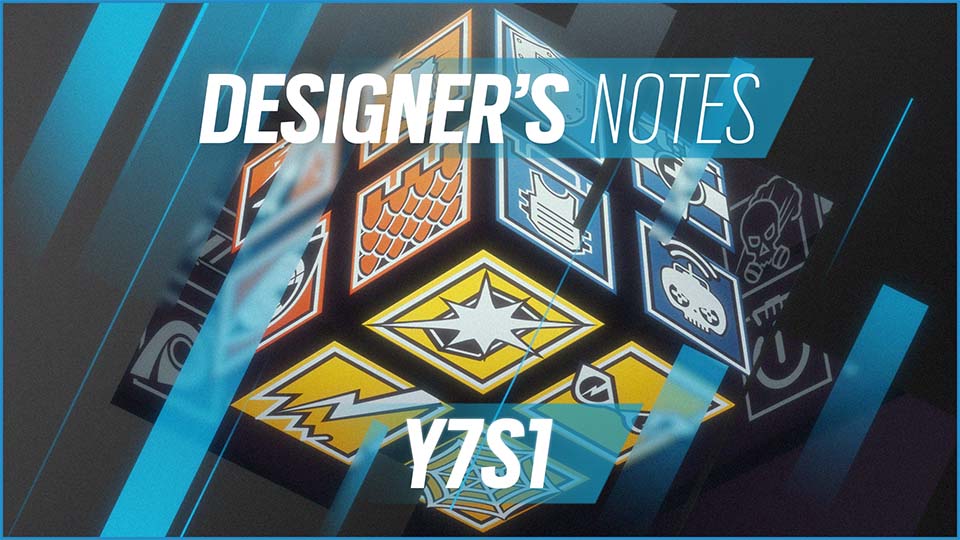 In this latest edition of Designer's Notes, we'll go into more detail about the balancing changes that'll come with Demon Veil's pre-season update and give you an insight into the reasons behind these changes.

For more information on all the updates, changes and content that was released with Demon Veil, check out the seasonal patch notes here. 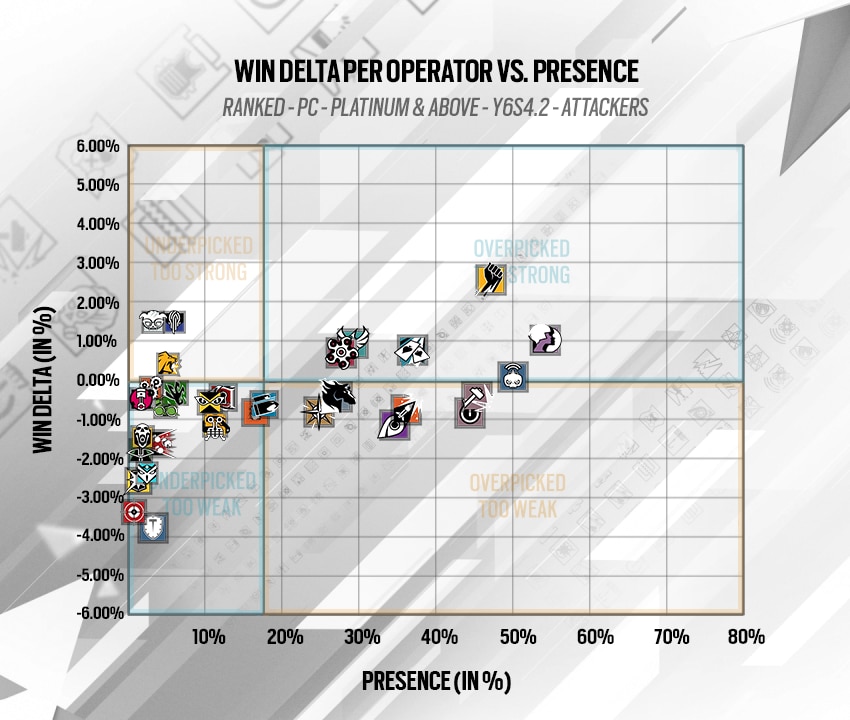 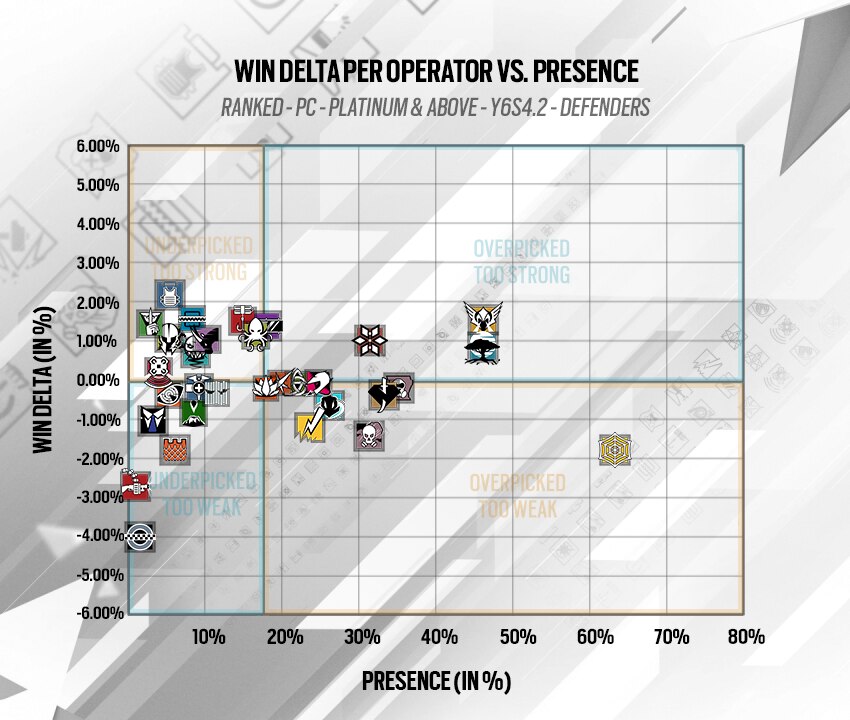 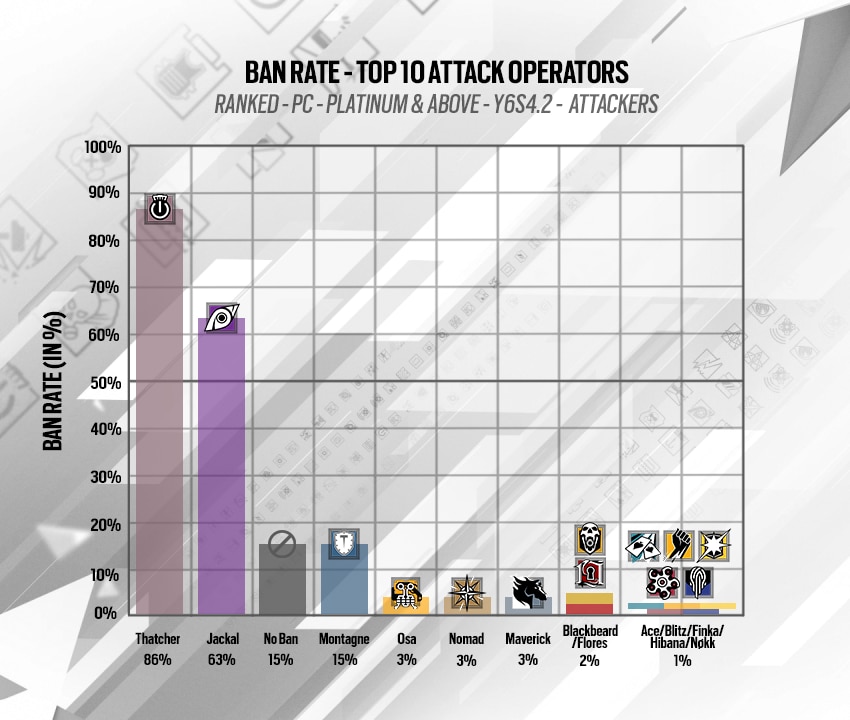 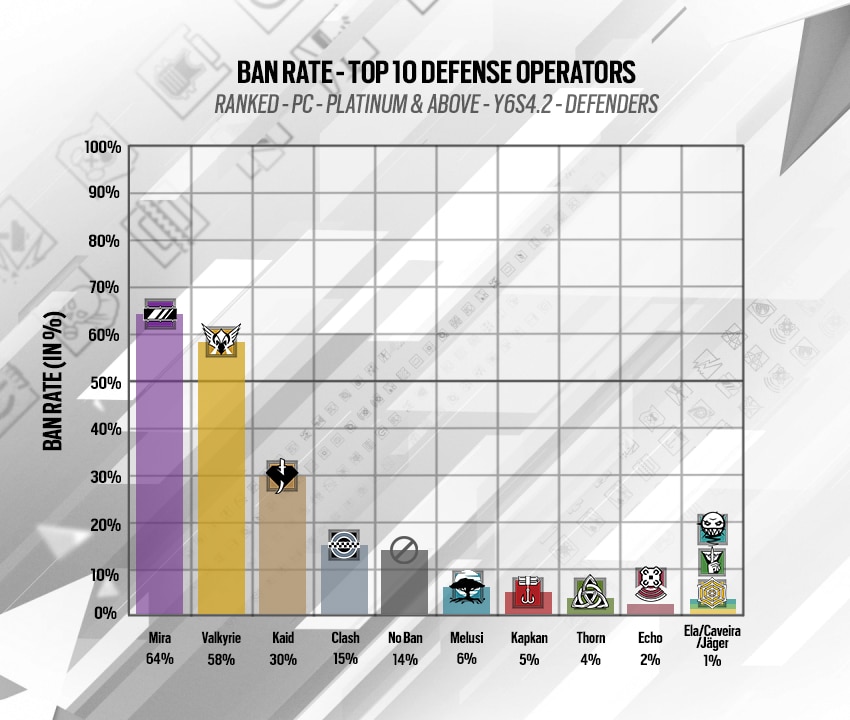 Attacker Repick is something we tried on the most recent Lab Test Server for Y6S4. As discussed in its panel debut, Attacker Repick is meant to help emphasize the importance of intel-gathering for Attackers, and ultimately broaden the selection of viable operators and strategic choices available when on the offensive. With this, we hope to promote more deliberate choices around how players gather which intel, especially on Attack - as well as how a team of Defenders choose to handle enemy intel-denial.

Attacker Repick has seen minimal changes since the Lab Test Server, where it was mostly well understood and seen as intuitive to use, along with not tipping the overall Attacker/Defender balance too drastically. We will, of course, continue to monitor data and discussions around the feature as everyone gets used to it in Y7S1.

In an effort to make weapons and sights more universal across operators, as well as easier to organize, we've opened the floodgates on sight styles. Now primary weapons and non-handgun secondary weapons will have access to all non-magnifying sights (Non-magnifying scopes are Red Dot, Reflex, and Holographic). Weapons with a 2.5x scope will now have both 2.5x scope variants. Tachanka's DP27 unique reflex sight will stay unique to Tachanka, but we hope that you get a kick out of sporting your favorite sights in style - especially you Glaz mains out there.

This change was initially delayed  after being announced for the Y6S4 Test Server, but now with the kinks ironed out it's finally here for Y7S1. Along with Attacker Repick, this change is directed at increasing the importance and usage of cameras and intel-gathering tools inside. Playing against consistent Defender outdoor visibility can feel tedious at best and oppressive at worst - often with little possible recourse for the Attackers. That early-game intel can still be gathered, but it now has a strict time-limit; making those moments far more vital and with less of a sour taste for Attackers at the start of a round.

This change is pretty significant for Goyo, essentially trading defensive capabilities to double-down on zone denial. We're hoping that the buffs to his Volcán's area of effect capabilities will offset the removal of his more frontline-defense, which could keep multiple areas in a state of quasi-denial with limited options to counter. Now even though Goyo has to place the charges in a more planned, exposed way, the benefits of doing so in key locations or for key moments should be more rewarding overall. These changes should also help make Goyo a more clear alternative to Smoke as originally intended.

We wanted to make Melusi's Banshee more susceptible to high-skill Attacker play. Though this change is technically a nerf and will allow Attackers to more quickly destroy the exposed weak point of the Banshee, we hope this will serve to keep Defenders more vigilant for the activation sound as well, making Melusi a strong but not quite a must-have operator.

This is a small change that was initially packaged with the new behavior for outdoor cameras and will allow Valk and Zero players to get a few more important moments of utility out of their camera gadgets. We hope this quality of life improvement will kick in at the right moments to shave off a few precious seconds.

We wanted to adjust the Kona Station to be less of an aggressive tool, being used to over-heal then peek for minimal health loss. At the same time, this will also help the station get more general use as team anchors will be less able to use them up by accident.

This is a small quality of life change as we continue working on better refining the balance and feel of several operators.