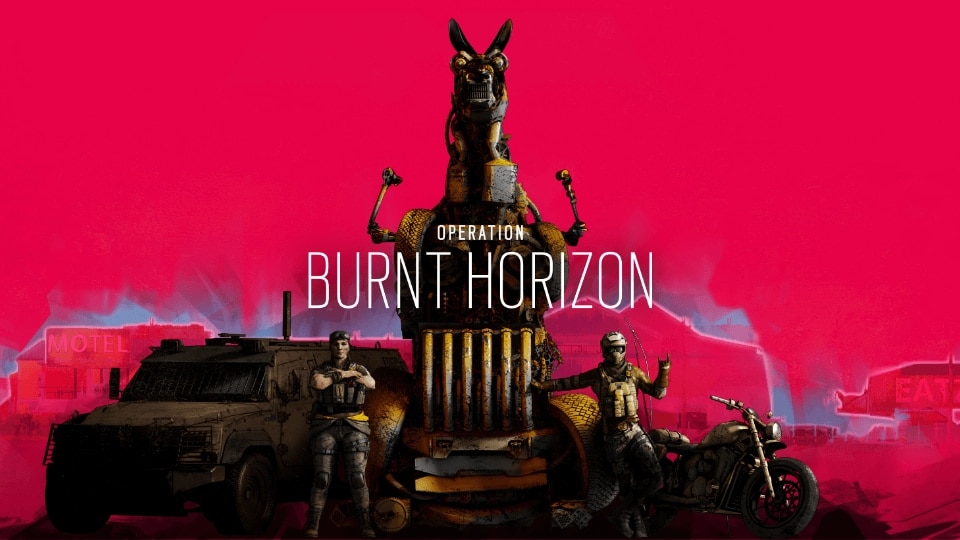 Year Four Season One is all set to go, featuring two new operators from the SASR. One’s a stoic Attacker who’s just there to get the job done, and the other is a quick-witted Defender who’s in it for the guts and glory. Two old mates from way back, they’ve signed up with Rainbow to bring a little Aussie know-how to the other side of the world. This includes a new device that’ll keep roaming Defenders on their toes, and one that’ll leave Attackers at a bit of a loss.

That doesn’t mean they’ve left the sunburnt country completely behind them, though – there’s a slice of the red desert coming with them. A high-stakes chase has ended in a standoff at a service station halfway between here and nowhere, resulting in a map that’s packed with twists, turns, and Australiana. Try not to get distracted in the gift shop or dream of sampling the national specialties available at the fast food counter. Your teammates will thank you.

Visit our Rainbow Six Twitch Channel on February 17 for the full reveal of Operation Burnt Horizon, live from the Six Invitational in Montréal.