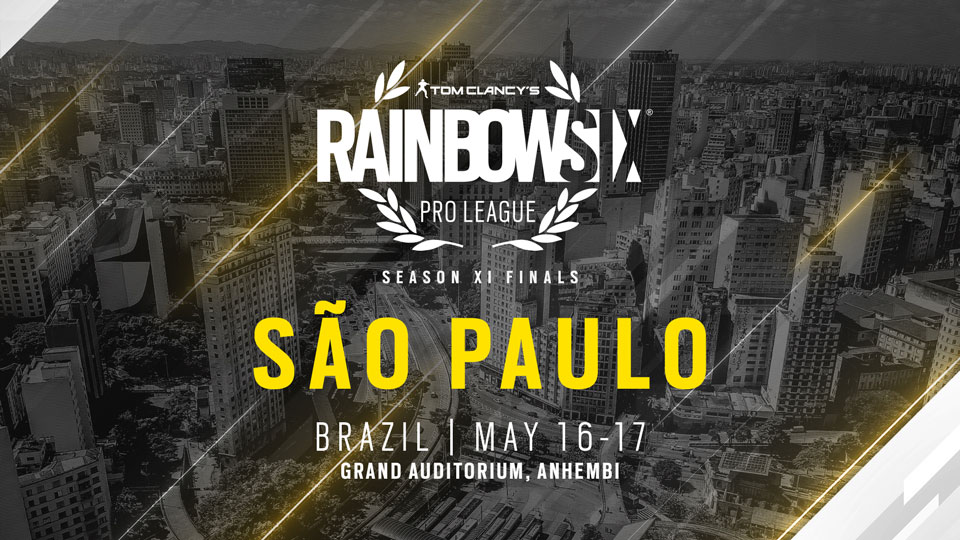 The Pro League Season XI Finals are heading to South America this May!

It’s almost time. On May 16-17 the Rainbow Six Pro League Season XI Finals are heading to South America. The event will find its home in the Grand Auditorium, Anhembi in beautiful São Paulo, Brazil, home to our wonderful Brazilian Siege community.

This exciting conclusion to Season XI will host 8 teams, with each region having 2 teams represented: Asia-Pacific, Europe, Latin America, and North America.

Stay tuned to see which teams will qualify when the second half of Pro-League Season XI starts back up on March 23rd at twitch.tv/rainbow6.

The best of Rainbow Six Pro League is yet to come in the Season XI Finals. Stay tuned to the @R6esports Twitter and Instagram to find out when tickets drop.