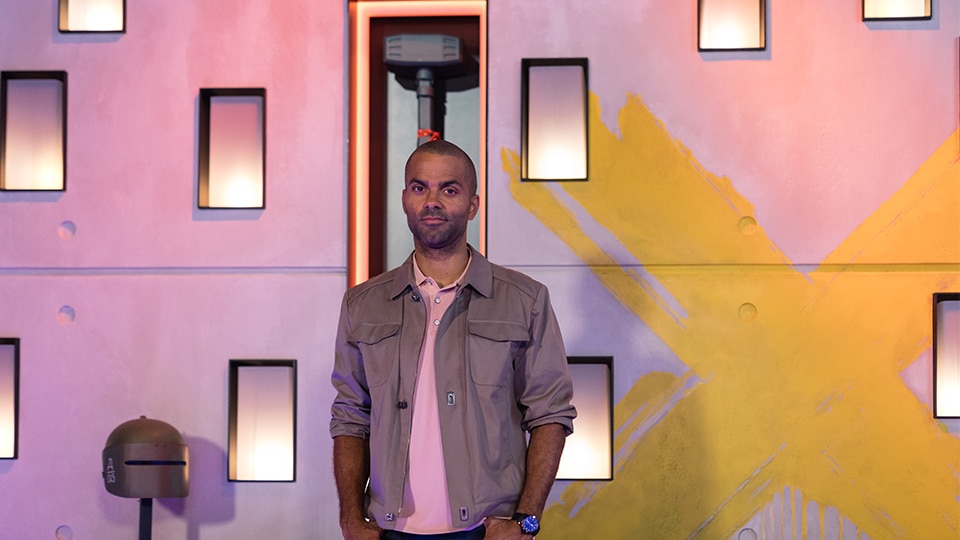 Ubisoft’s latest digital conference marked a new milestone and celebration for Rainbow Six Esports as we announced our very first World Cup for Rainbow Six Siege. For the first time ever, players from 45 countries and regions will embark on a new adventure to compete at the highest level, with hopes of becoming the first team to bring the World Cup trophy home. For this special occasion, we reached out to international athlete Tony Parker to take on the role of ambassador for the Rainbow Six World Cup and share his 20-year experience with players involved in the competition. With 4 NBA titles, one EuroBasket title, over 180 selections with his national team, and a true passion for esports and gaming, he will have a lot of valuable insights to share with teams and players throughout the competition. We sat down with Tony Parker to learn more about his involvement, thoughts and expectations on his new role.

__Why did you decide to become the ambassador for the Rainbow Six World Cup? __

Tony Parker: I have been involved in esports for the past six to seven years now, and when Ubisoft first came to me with this project, I was convinced they wanted to create something special. It will be a first for Rainbow Six Siege and I wanted to be part of it. I'm excited to meet the players and coaches, share my experience and I think they will have a lot of fun. For me, it was an incredible opportunity to play for my country, learning how to play with different players, different coaches, and I hope the players will enjoy it as much as I did.

__What do you feel is one of the biggest challenges Rainbow Six Siege players will face during the Rainbow Six World Cup? __

Tony Parker: Rainbow Six Siege players that will be competing are going to have to adapt. Your teammates in your club may become you rivals, while your rivals during the regular seasons can become your teammates in your national teams. They are going to be playing with new teammates, new coaches, sometimes against players who know them well, so one of the biggest challenges is going to be to adapt to that and find new tactics and strategies to overcome this.

You mention new teammates. How do you build chemistry with them?

Tony Parker: For me it was always natural, because you all share the same objective and you want to win for your country, so you put the previous rivalries aside. You need to take the time to communicate as well, which is very important when you have new players coming in. You want to make sure everyone is motivated and that everybody is on the same level and know what role they need to play to achieve the highest results.

Participating in international events comes with a lot of pressure. Any tips on how to deal with this?

Tony Parker: I think you have to come into the competition with your own expectations. Each player knows what they want to do with their own career, and they should trust that feeling, be clear about what they want to achieve and block out the rest. Of course, preparation is key, and they need to spend a lot of time preparing and training for an international competition in order to satisfy their own expectations and reach their goals.

__What was your fondest memory of playing for your national team? __

Tony Parker: My favorite memory playing for my national team was when we won the gold medal at the EuroBasket in 2013. This was the first gold medal in the French basketball team’s history, and it was always my motivation every year to bring back the first title for my national team. Our biggest rival at the time was Spain, and we always had a hard time to beat them, so that year in 2013, when we finally beat them in the Semi Finals, I knew then that we had to go all the way and bring that title home.

Tony Parker: Winning for the city of San Antonio with the Spurs was amazing but it’s true that winning with the national team felt really special because it’s where I’m from, it’s where I grew up. Having the opportunity to compete and fight for your country, having the support of an entire country, it’s an indescribable feeling and I’m sure the Rainbow Six players are going to feel it as well.

To learn more about the Rainbow Six World Cup, check out this article.