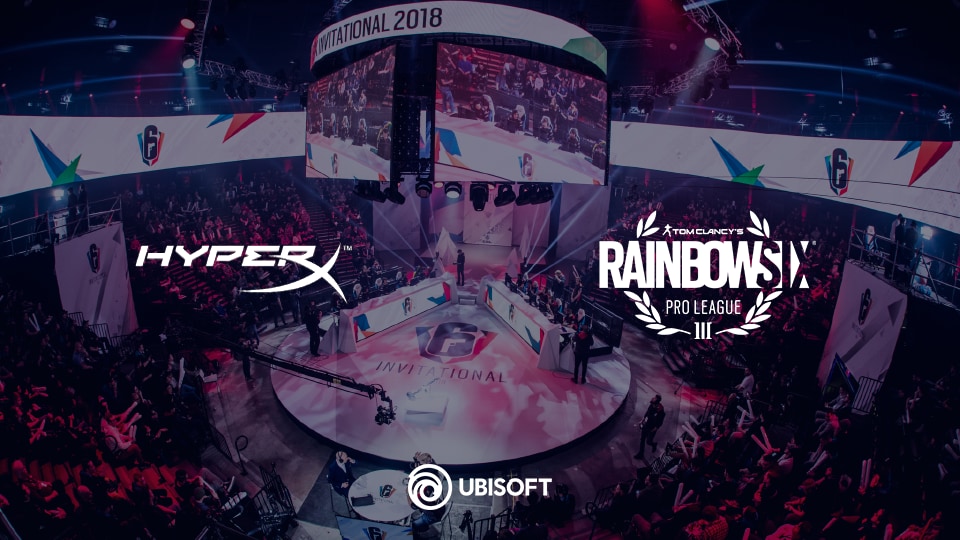 We’re proud to announce that the global partnership with HyperX, regarding sponsorship of the Tom Clancy’s Rainbow Six 2018 Majors is extended both in time and scope of activations. HyperX is the official and exclusive mice, keyboards and internals partner from November 2018 to August 2019 including the Pro League online seasons and Worldwide Finals as well as the two next Major events: Six Invitational 2018 next February and the second Six Major, this summer. The Rainbow Six esports scene is growing globally and we chose HyperX because of the quality of gaming headsets and for being a significant member of the gaming community for over ten years. The cooperation between Ubisoft and HyperX began in 2016, illustrating this mutual trust in the title’s maturing esports scene.

“We have been working with HyperX since the beginning of the Tom Clancy’s Rainbow Six esports scene”, said Geoffroy Sardin, vice president sales & marketing Ubisoft EMEA. “It’s only logical and with great pleasure that we extend our partnership to the year to come.”

For more information about Tom Clancy’s Rainbow Six Pro League, be sure to follow us on Twitter.