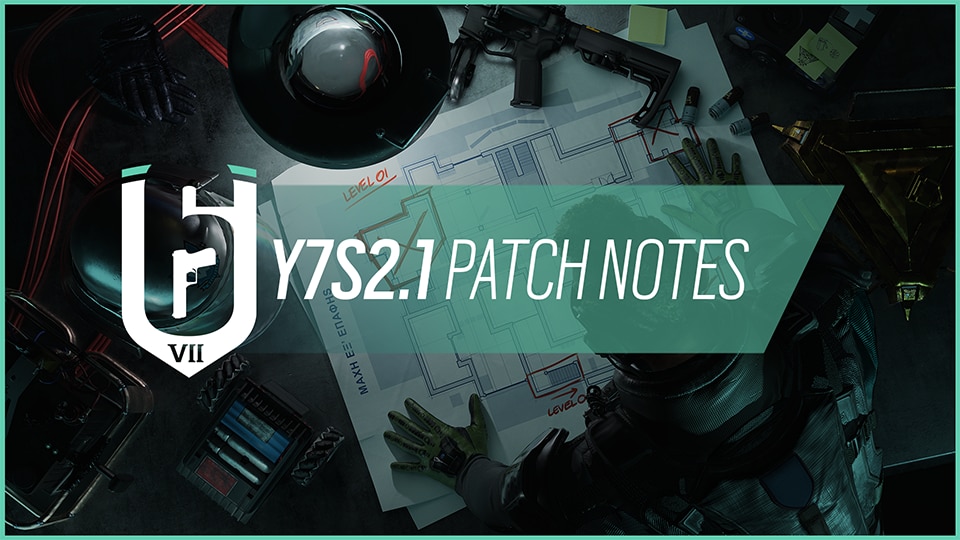 FIXED – Drones may not spawn in the chosen spawn location.

FIXED – Some sticky throwable devices may break windows that are behind barricades when thrown on the barricade.

FIXED – Attacker devices deployed on Castle's Armor Panel can be destroyed through the Armor Panel with a single melee hit.

FIXED – Devices clip through the metal frame of the display cases on Chalet map. FIXED – Wamai's Mag-Net systems don't destroy the plants on Emerald Plains map when deployed onto them and can't be picked up after.

FIXED – Explosive devices deployed on the surface of Mira's Black Mirror can eliminate opponents through it.

FIXED – Spectators can see Sens' R.O.U. Projector Screen on a floor that's one level below.

FIXED – Coughing bark is present for Smoke when he is affected by Toxic Gas.

FIXED – Bomb SFX are occasionally missing for some players after the defuser is dropped and then planted in the other site.

FIXED – Sometimes packs cannot be opened using the A Button on Xbox Controllers.

FIXED – Penalty banner does not appear and tiles do not lock after the user is banned.