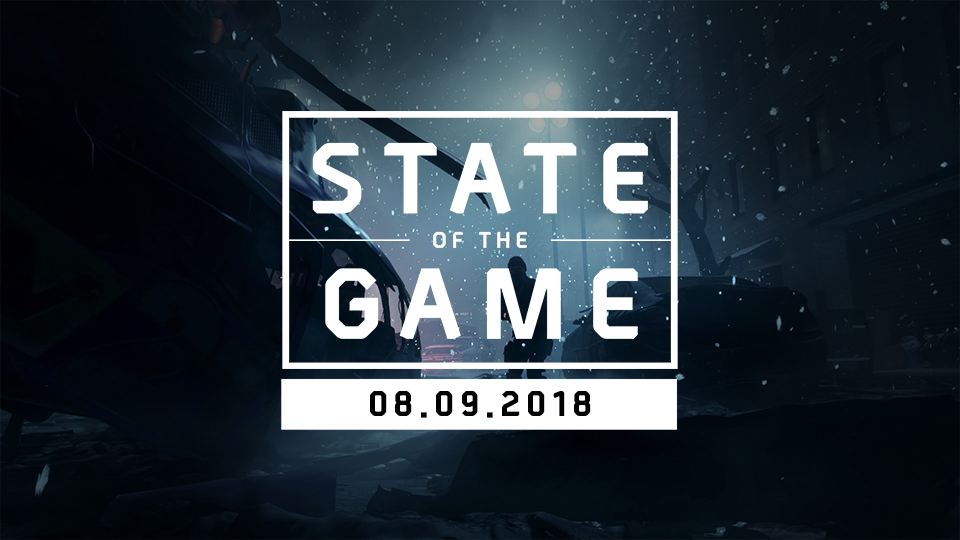 During the last State of the Game, Community Developers Yannick Banchereau and Hamish Bode announced the launch date for Global Event Assault and provided updates for the upcoming client patch.

This week, Community Developer Petter Mårtensson joins Yannick to discuss the launch date of the sixth Shield and a couple of details on the upcoming Update 1.8.3.

The next shield is Phoenix, and it releases next week—Thursday, August 16th! Players will have to extract 5 items, survive for 5 hours, and kill 5 Hunters in Survival to unlock the rewards. Note that this Shield is not retroactive. To coincide with the Shield launch, Survival will be free for all players from August 16th to August 22nd!

There is no date to announce for Update 1.8.3, but the "running-in-place" bug has been fixed and we are finalizing the changes to the Striker meta. There are a few other issues we are investigating for the patch as well:

We have one community creation to share today! @Keelan562 created a prototype Hive device featured in the E3 demo! The offensive variant, the "Wasp Hive," launches small drones to cause devastating effects to targets within an area.

There is a Double HVT Reward Event beginning tomorrow, 08:00 AM UTC until Monday, 08:00 AM UTC! Players will receive double rewards when completing High Value Targets during this period.

Remember that Global Event Strike is coming this month, and when we have a date to announce we will share it with everyone.