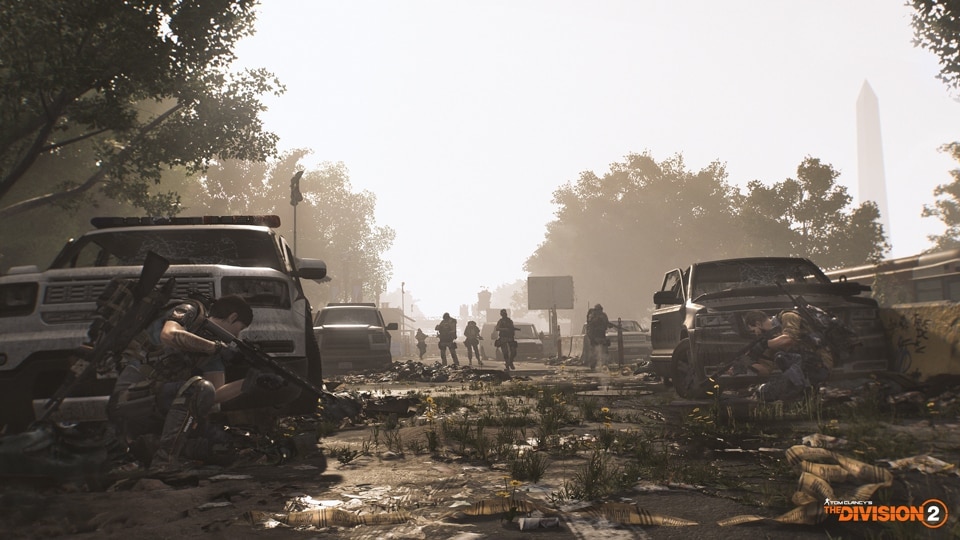 Welcome to our second Clan Spotlight article. Throughout this series, we will be interviewing prominent members of each featured Clan. We want to get to know the players who are behind these Clans, and to share that with the whole Division community. In this issue of Clan Spotlight, we interviewed Deity, the "Community Guy" of Clan AOD. As one of the oldest active PC clans, Clan AOD has a long and intriguing history that we wanted to highlight in this article, as well as having a peak into their operations within the Strategic Homeland Division.

FOR PEOPLE OUT THERE WHO DO NOT KNOW ANGELS OF DEATH

Absolutely, and thank you to Ubisoft for featuring Clan AOD in your Spotlight! I'm Deity, and I'm one of the Senior Administrators and a bit of a self-appointed Community Liaison for the Clan. I try to engage with as many communities, publishers and developers of the games we play as possible. Clan AOD is a PC multi-gaming community that focuses mainly in North America, although we've got several members from around the globe and multi-national affiliations in games that we can support.

We're a Honor Clan with a Code of Conduct that exists to keep our world of gaming free of as much of the drama, politics, and harassment as possible, while promoting good sportsmanship and fair play. We're about 3,000 members at current, across 18+ gaming titles, so that should give you a good indication of the type of community we exhibit.

CAN YOU SHARE THE STORY OF HOW ANGELS OF DEATH

It started with just two gamers. 20 years ago. Liquid_Smoke and Lividum started Angels of Death in a game called SWAT 3. Smoke was a fairly new PC gamer and it was their first real entrance into online gaming communities. They locked in a Code of Conduct to guide the members, and recruited like mad. 20 years, 3,000 members and roughly 60 gaming titles later, here we are! We've got a spot on our website that shares our timeline.

Tom Clancy titles have had a home in AOD since Ghost Recon. The prominence of the titles and their multiplayer components have always made a natural fit with our organization. As with titles like Rainbow Six: Siege and Wildlands, The Division (and now The Division 2) was another dose of good, fun, multiplayer experience for our members to enjoy. Because we support so many titles, our members can choose to play one exclusively or all of the titles we support.

WHAT MAKES YOUR CLAN DIFFERENT?

We'd like to think it's the awesome community! We know there are others out there, but we've got a bit of a bias! In reality though, we have strong leadership at every level, and a Code of Conduct that keeps us focused on gaming and camaraderie as opposed to the negativity and toxicity that can find its way into online gaming. Our titles are compartmentalized into their own respective "divisions" and managed by members that are focused almost entirely on that particular game (or similar groups of games, like our Tom Clancy's The Division). We always strive to have a strong daily presence in every game we play. It's very effective and lets us enjoy games with friends on a consistent basis and hold events that enhance esprit de corp.

HOW DO YOU ENVISION THE FUTURE OF YOUR CLAN? WHAT ARE YOUR GOALS AND ASPIRATIONS?

World domination, obviously. But apart from that daunting task, we just want to continue to grow and have a positive impact in online gaming throughout all of the gaming titles we support, now and in the future. We'd like to think that the more we share our values of good community gaming, the better the gaming environment will be for everyone. And of course, world domination. Can't forget that.

ARE THERE ANY CLAN MOMENTS IN THE DIVISION 2 THAT YOU WOULD LIKE TO SHARE WITH THE COMMUNITY AND US?

There are always moments! Here's a photo with AOD members in the Dark Zone, which might not seem like much to an outsider, but for us that was a memorable day. We just had loads of fun in the DZ!

IF SOMEONE WANTS TO JOIN AND EXPLORE D.C. WITH YOU, WHERE CAN THEY FIND YOU?

We are everywhere! Quite a few of our applicants apply saying something like "I just bump into some of you AOD guys everywhere. You're friendly and look to be having loads of fun!" We currently have 3 NA clans and 2 EU, and looking to develop more.

We'd like to see less toxicity out there – not just towards other players but also towards the developers. People should be a little bit more relaxed. We're all here to have fun and game with our friends. The developers are working hard, they LISTEN to the community and are always improving the game. Criticism doesn't have to be coated in negativity.

Here in AOD, we're a big family looking to help each other improve and achieve our individual or group targets! Don't trust this? Just say 'Hi' to any of our members and you'll see what happens!

IS THERE ANY SPECIFIC ACTIVITY YOU WOULD LIKE TO BE ABLE TO DO WITH YOUR CLAN?

Yes! Clan vs Clan in the Dark Zone! It would be an amazing opportunity to take the game to a more competitive level, introducing sportsmanship and competitiveness between various communities and who knows, maybe some tournaments? That would be awesome for the PvP scene in The Division 2.