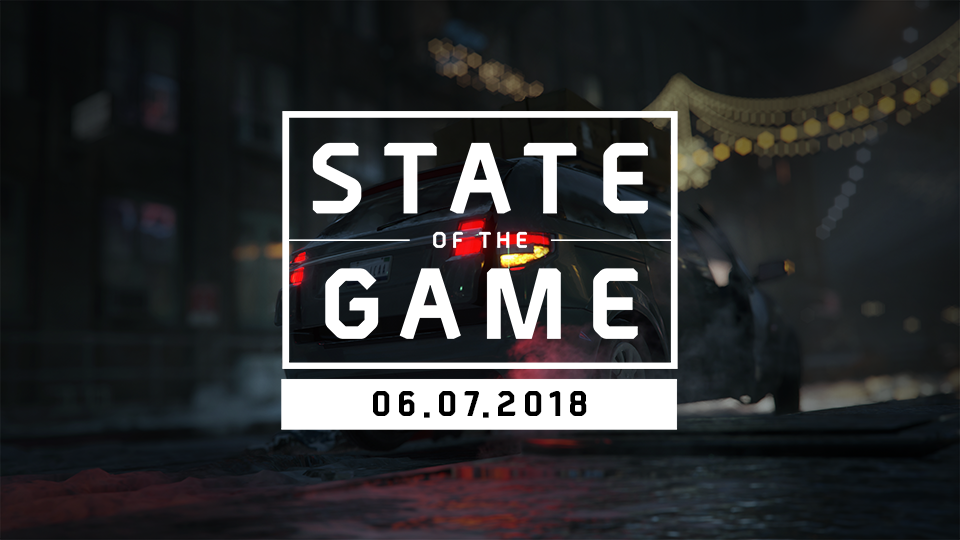 State of the Game: THE DIVISION UPDATE 1.8.2, AND MORE

Petter and Yannick are back this week to talk about Update 1.8.2: New legendary missions, balancing and bug fixes.

Welcome to Episode 100 of State of the Game! Firstly, we want to thank our community for being a part of the segment since launch. All of your love and support has made State of the Game the show it is today.

Today we announced that Update 1.8.2 is launching on June 14th. The update will include various bug fixes, balancing changes and new content, including:

Reactivation caches will be given out to all players, containing a wide array of 256 GS items including a currency pack, high-end gear, three 4-piece gear sets as well as a variety of weapons and mods. Enabling returning players to jump straight back into World Tier 5 with their friends without having to catch up.

A new Encrypted Cache Mark IV is releasing with 1.8.2, containing four new Collections and a final fifth Chase Collection set. We are removing the current stock of store items to replace them with non-collection items from Mark I, II, and III including Emotes. The Encrypted Caches will still be available for Cypher Keys as before.

More in-depth information on the changes are available in the VoD.

We have a couple community highlights to share with everyone today! @ElitessGaming shared a heartwarming postcard with us in preparation for E3. A big shout-out and thank you to them for being a part of our community!

@Agent_Mab cosplayed an Agent bringing us champagne to celebrate our 100th Episode of State of the Game! Thank you very much, Mab!

We are extremely excited to tell you more about The Division 2 at E3. We can't wait to show you what we have in store!

The 100th episode of State of the Game has been a real milestone for us and we wanted to thank everyone again making it possible. Onwards to many more!