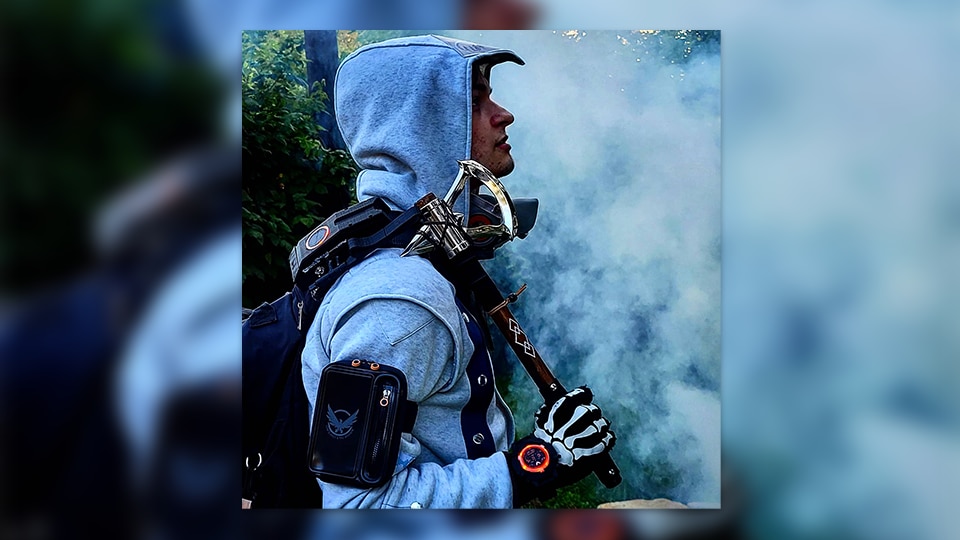 Agent Highlights: Across the horizon

Once again our community has proven to show us inspiring creations from The Division’s universe. We have also seen an amazing crossover cosplay. We are very excited to share all of this with you and look forward to your feedback and thoughts.

Let's start with Broxt0n with his Hunter Cosplay and a customized mask which is based on the economic graph from the Krach of 1929. We think this is a very interesting design choice! Keep up the great work, Broxt0n. The red accent of the watches makes this black and white drawing look really intimi-dating, and we think it complements with the composition very well! Faltelya shared some screenshots in Black and White, an aesthetic which looks beautiful, eerie, and haunting. We had to double check that these were not real-life photographs but indeed they were captured with the photo-mode feature within game. Next, Yosifumi_wada created a 3D Model of the Seeker Mine and Hive which look very authentic and as if they were grabbed straight from the game itself and placed on their desk. For this month’s Team Favourite, we just had to feature IceWolfCosplay and his Crossover Cosplay of The Division and Assassin’s Creed 3. We really love the idea of a modern Assassin being a Part of the SHD; to save what remains. That’s all for now, agents! Remember to tag your creations with #AgentHighlights for a chance to be featured in one of these articles.

Wishing you the best of luck in New York and D.C.

Signing off,
/The Division Community Team