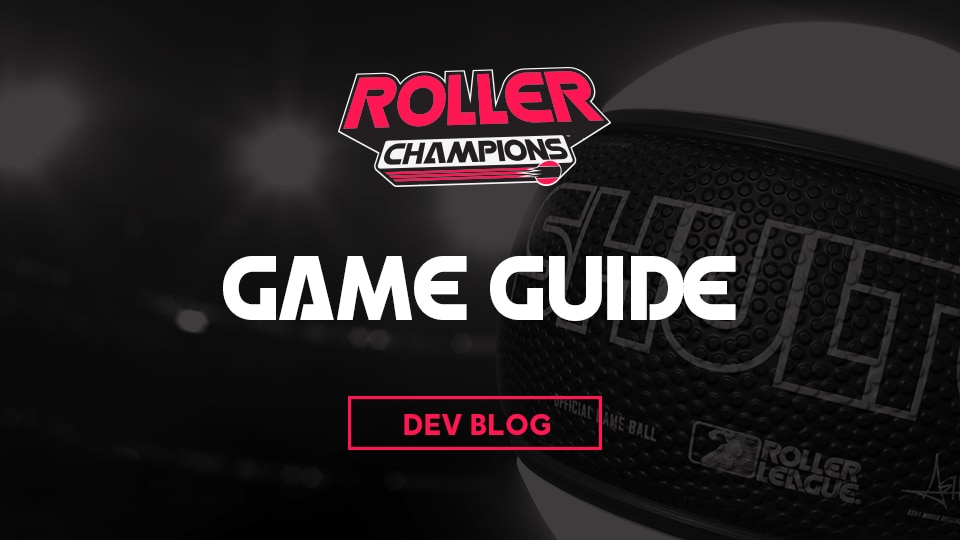 What is Roller Champions?

In one sentence, Roller Champions is a free-to-play team PvP sports game where players skate fast, pass, tackle, dodge and score in a fan-packed arena!

Two teams of three players are pitted against each other in arenas around the world, and players are cheered on by crowds of roaring fans as they get the ball, pass it to teammates, dodge and tackle opponents to score a goal in the illuminated hoop that appears in the rink.

To score, ride up and down the walls of the elliptical arena to gain speed, pivot, pass or race toward the goal to take a shot. Your teams must control the ball and make it ride the rink to activate all 4 checkpoints sectioning the rink; thus, opening the goal.

One successful lap of the arena will allow you to score 1 point for your team. Completing 2 laps gives a better reward, i.e. 3 points and, finally, completing 3 laps with the ball will score you 5 points which wins the match instantly.

A match of Roller Champions lasts 7 minutes with a 3 minute last chance overtime if the underdog team has the ball when the timer hits zero. If the score is tied after 7 minutes, you’ll enter regular overtime. During Overtime, an additional 3 minutes is added to the match.

First team who scores wins and if no points is scored once the 3 minutes of overtime are over, the match end as a draw.

Teamwork and communication are crucial on the road to becoming Roller Champions. The perfect Roller Champions player combines their individual skills with their team-based skills. One player, no matter how good, will never win against a good team that coordinates well and has the arena covered. Placement inside the arena, whether to be ready to throw a pass or tackle an opponent to protect your ball bearer, is essential in mastering Roller Champions’ challenges.

Your fans are your XP, and you gain fans for every meaningful action in the arena. These fans will appear in your section of the arena just like other players will see theirs.

As you progress, you will gain more and more fans – eventually filling up an entire arena! Once one arena is filled to the max, players will move to a bigger arena to fit their growing fan base. You will also collect currency as you complete matches and this currency will in turn allow you to purchase items to customize your character and make it look cooler than ever.