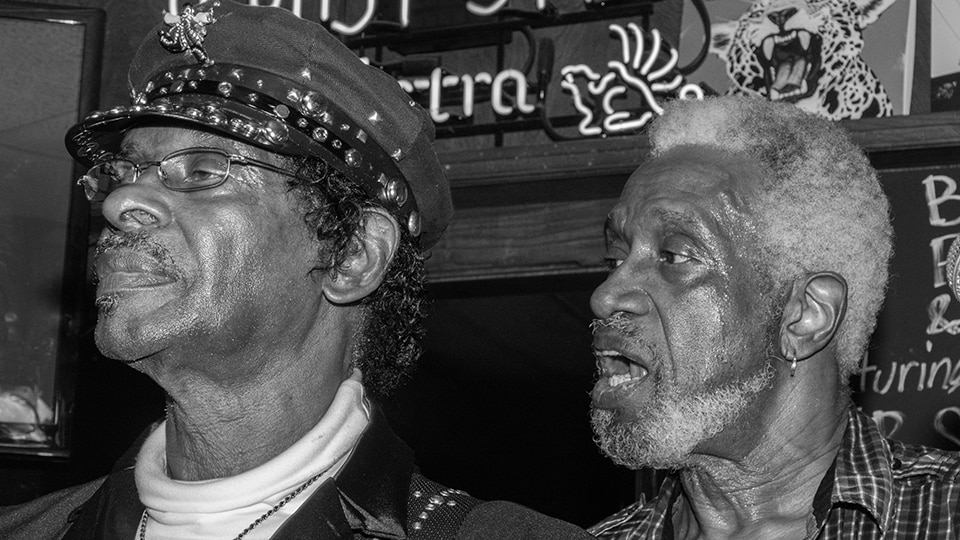 Time Traveling with The Chambers Brothers' "Time Has Come Today"

Featured in numerous films set in the late 60s, The Chambers Brothers' "Time Has Come Today" came to represent sonically the zeitgeist of 1967: the anti-war movement, the summer of love, and the emerging counterculture. The band manipulated time itself in the studio, using both their fierce energy and musicianship to change tempo of the song as well as new studio techniques to twist and distort the sense of time passing.

The Chambers Brothers spent the first half of 1967 touring extensively, playing "Time Has Come Today" at its full length of more than ten minutes, breaking into experimental jams in the middle of the song where they fluctuated the tempo in real time. Another key feature of the song was the use of two differently-pitched cowbells to create the "tick-tock" sound that permeates the song, speeding up and slowing down along with the special effects that they added in the studio when it came time to record later that year.

The track is a testament to both the musicianship of the band and the quality of the sound engineering. At the time, bleeding-edge effects like echo and reverb relied heavily on manipulating tape recordings in real-time -- running two tape recorders simultaneously, one for the main recording and one for the "echo." You can hear the echo most prominently on the "tick-tock" of the cowbell as the tempo winds down. Eventually these effects would become self-contained devices, but in the early days, studio producers had to manipulate the equipment by hand. To create additional effects with the original tape echo setup, engineers pushed on the tape with their fingertip as it was moving, causing a ragged, "fluttering" sound.

The equipment wasn't the only roadblock to the recording of "Time Has Come Today." Studio executives rejected the concept of the song -- as well as the Chambers Brothers as artists -- for the political messaging. However, their producer David Rubinson believed enough in the song enough to book a secretive hour-long recording session for the band before they recorded the rest of their album; they had just enough time for one or two takes, start to finish, with no overdubs or chances to correct mistakes. For the Chambers Brothers, this meant that they had to play along with the new surreal sounds as they heard them, adapting as sound and time stretched and distorted. As time and pitch fluctuated up and down, and the band was bombarded by unearthly sounds from the tape delay, they kept their composure and continued playing, finishing the song in one take.

Sadly, the single release of "Time Has Come Today" was pared down to a neat 3:05, and you'll find a slightly more generous 4:50 edit on some compilations – but these remove much of the improvisatory magic that make the 11-minute version the definitive version.

In modern studios, time manipulation effects are often added after the recording process itself is done. For the Chambers Brothers, every artistic choice required intense focus and adaptability on the parts of the musicians in the room – valuable skills for modern players, too.

The Iconic Chambers Brothers by Marc Cooper is licensed under CC BY-SA 2.0.