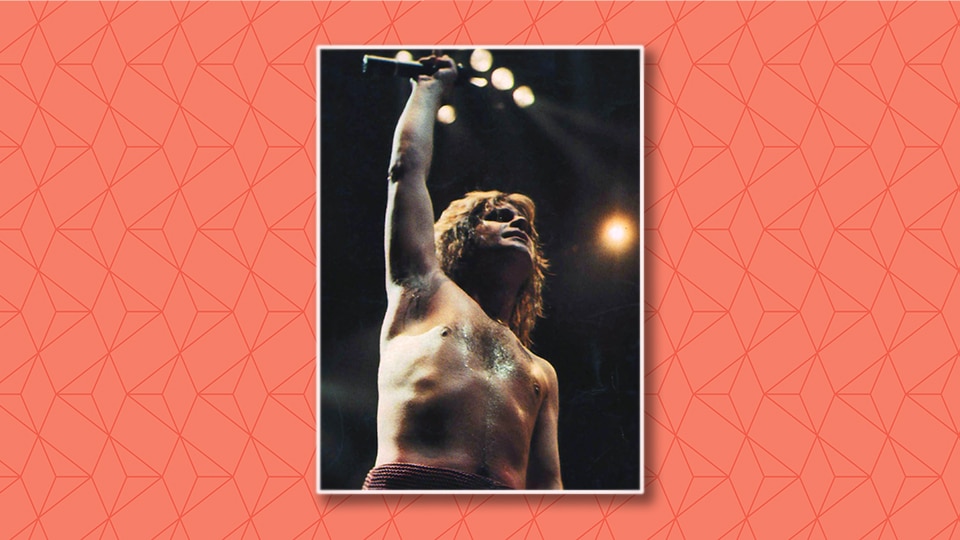 Most first music gigs are personal. Ozzy Osbourne's first vocal performance was for his parents and sisters in his family's living room when he was a child, singing "Living Doll," a Cliff Richards song he'd heard on the radio. From that moment on, the spark to be in a band began to grow. When The Beatles burst onto the scene, and he learned that Lennon and McCartney were just a few years older and also from a working-class English town, Ozzy finally felt like maybe the dream of being a musician was more attainable than he'd imagined. It would take a few years, a repaired PA system, and a chance encounter with a former schoolmate, but the path to forming Black Sabbath had begun.

After dropping out of school, spending a few months in prison for burglary, and having trouble keeping a job, Ozzy recalls in his memoir, "I Am Ozzy," that he was surprised when his father offered to help him buy a PA system. Ozzy, about 19 at the time, had told his father that he was trying to join a band as a singer. According to Ozzy "In those days you couldn't call yourself a singer without your own PA. You might as well have tried to get a gig as a drummer without a kit. Even my old man knew that." So, his father - who at the time could barely put food on the table for his family - took out a £250 loan to get Ozzy his own PA, a fifty-watt Vox system (£250 in 1966 equals about £2,070.60 today).Owning a PA made Ozzy popular among the local musicians, and before long he was invited to join a band called Music Machine, who allegedly never had learned to play their instruments or performed a single gig.

For these reasons, Music Machine never took off, and Ozzy took matters into his own hands - posting an ad to find fellow musicians at Ringway Music in Birmingham. The ad was short and sweet, reading: "OZZY ZIG NEEDS A GIG" in felt marker, underneath which was simply "Experienced front man, owns own PA system" and his home address. Ozzy doesn't remember where the "Zig" idea came from, but people had been calling him Ozzy (he presumes a nickname riffing on his last name) for as long as he could remember, only his family called him John, his proper name.

After waiting a few weeks and fantasizing about his ad eventually leading him to become the fifth Beatle, Osbourne heard a knock at the door of his family home at 14 Lodge Rd in Aston. Through the window, Ozzy saw a long-haired, mustached young man wearing velvet pants. Though this was the moment Ozzy was waiting for, he gave himself a few moments of composure before answering the door. The man in the velvet pants introduced himself to Ozzy as Terence Butler, Black Sabbath fans will know him by his nickname Geezer. "I saw your ad" he said to Ozzy, to which Ozzy replied "Right, so you got a gig for me?"

Geezer explained that his band, Rare Breed, had lost their singer and were looking for a replacement. When he asked if Ozzy had experience singing with other bands, Ozzy thought back to his short-lived run with Music Machine and said, "Course I ****** have." To that, Geezer responded, "Well, the job's yours then."

Ozzy played just one gig with Rare Breed at a fire station's Christmas party, and things did not go well. Having only the experience with Music Machine to guide him before the show, Ozzy discovered he had massive stage fright. The band also only got about 6 songs in before a speaker blew out in Ozzy's PA system, cutting the gig short. Ozzy ended up swapping the broken speaker with one from his dad's radiogram to repair it, but the damage was done. Both Ozzy and Geezer saw the writing on the wall: Rare Breed wasn't going to go much further than this.

Ozzy considered heading down to Ringway Music and asking them to take down the "OZZY ZIG NEEDS A GIG" ad. Maybe he wasn't meant to be in the music business after all. However, his fate was about to change. A few months after the end of Rare Breed, Ozzy heard another knock on his parent's door at 14 Lodge Rd. Now 20 years old, he had given up on his singing career and getting out of his hometown and was considering going back to work at a factory tuning car horns.

Standing at the door were two long haired, mustached young men waiting outside. Ozzy recognized the taller one as a former classmate. When Ozzy answered the door, Bill Ward, asked "Are you.Ozzy Zig?"

The taller one, Tony Iommi, recognized Ozzy from school. Ozzy remembered Tony as a year older, good-looking, and popular. He recalls that one day, Tony had brought his cherry-red electric guitar to school, and Ozzy thought it was the coolest thing in the world. Tony, on the other hand, did not remember Ozzy as fondly. Before Ozzy could answer Bill, Tony jumped in and said "Aw ****** hell, it's you." Tony then turned to Bill and said: "This is a waste of time, let's go."

After some convincing from Bill, Tony reconsidered. Ozzy doesn't remember exactly what he said to Tony that night, probably something having to do with him owning a PA system, but Tony eventually lightened up. They ended up sitting together in the back of Tony's van, smoking cigarettes and catching up on the last 5 years since they'd been together at school. The new blues band needed a bass player, and Ozzy suggested Geezer, his guitarist from Rare Breed, who would need some time to learn the instrument but would be able to do it.

Now, all they needed was a name. Ozzy's first idea: Polka Tulk Blues Band. Luckily, that name didn't stick, but the lineup of Ozzy, Bill, Tony, and Geezer did. One day, after seeing a long line outside a movie theater for a horror movie, Tony remarked to Ozzy: "Isn't it strange how people will pay money to frighten themselves? Maybe we should stop doing blues and write scary music instead." Geezer and Ozzy thought it was a great idea and wrote what they thought was a pretty sinister-sounding song. Geezer named the song "Black Sabbath" after a Boris Karloff film. It was a move in the right direction, and the rest is history.

"Ozzy during the Diary of a Madman Tour" [https://commons.wikimedia.org/wiki/File:Ozzy_Osbourne_1982.jpg] by Ted Van Pelt is licensed under CC BY-2.0.