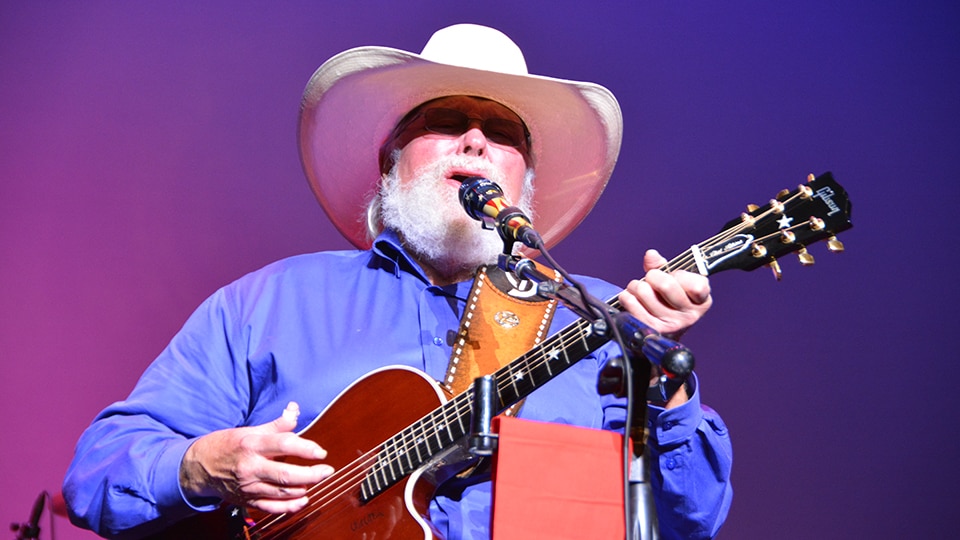 The Devil Went Down to Georgia – But How?

Near the end of the sessions for what would become the 1979 album Million Mile Reflections, Charlie Daniels and his band realized something was missing: a fiddle song. That's all the more surprising when you consider Daniels himself plays the fiddle! "I don't know why we didn't discover that," he admitted in an interview with Songfacts, "but we went out and we took a couple of days' break from the recording studio, went into a rehearsal studio, and I just had this idea: 'The Devil went down to Georgia.'"

Knowing salty language might keep the song off the airwaves, one key phrase was alternately recorded as "son of a gun" during the sessions. It was used in the radio edit, while the original lyric appears on the album.

The song itself spins a folk tale of hot-shot fiddler Johnny battling the Devil for a golden fiddle, each taking their turn to out-perform the other. On the track, Charlie played both parts – seven overdubs for the Devil, but just three for Johnny -- and the hero wins. Though some fans have said they prefer the Devil's flashy, chaotic performance, faithful Charlie waves it away as "nothing there." "If you dissect it and listen to it, that's the smoke and mirrors thing about the Devil," he told Songfacts. "I mean, there's nothing. There's no music involved."

Charlie Daniels took partial influence for Stephen Vincent Benet's 1925 poem "The Mountain Whippoorwill: How Hill-Billy Jim Won the Great Fiddler's Prize." Benet – perhaps better known in American literature for "John Brown's Body" and "The Devil and Daniel Webster" -- was himself inspired to write "The Mountain Whippoorwhill" by a real event from the year before, about fiddler Lowe Stokes winning the state championship against the veteran Fiddlin' John Carson. (Even more interesting, the same poem was turned into a track by the Nitty Gritty Dirt Band in 1974.) It's worth noting that the title of Stokes' winning song -- "Hell Broke Loose in Georgia," a classic often used in bluegrass competitions – was ultimately worked into Charlie Daniels' lyrics.

Lowe Stokes recorded "Hell Broke Loose in Georgia" as a member of the Skillet Lickers, one of Georgia's most influential bluegrass bands.

On the 40th anniversary of the song, Charlie Daniels offered nothing but fond memories of its creation in the studio. "The drummers found a rhythm, Charlie Hayward came up with a cooking bass part, Taz (keyboardist Joel DiGregorio) created that ominous line that sets up the fiddle solo, and Tommy Crain played a boiling rhythm part on his guitar." That tight, intense collaboration won The Charlie Daniels Band a Grammy in 1979.

Much later, the song was infamously used as the boss battle for the finale of Guitar Hero III, though Charlie despised it, since the Devil had the opportunity to win. "I did not grant these people my permission to pervert my song," he wrote in 2008, "and am disgusted with the result." But like all supernatural stories, perhaps the true measure of success is a sequel. In 1993, fellow fiddler Mark O'Connor recorded "The Devil Comes Back to Georgia," featuring country superstars Johnny Cash, Marty Stuart, and Travis Tritt in an epic rematch between Johnny and the Devil ten years later. Who wins? We'll leave you to discover that for yourself.

"The Charlie Daniels Band" by Carl Lender is licensed under CC BY 2.0.