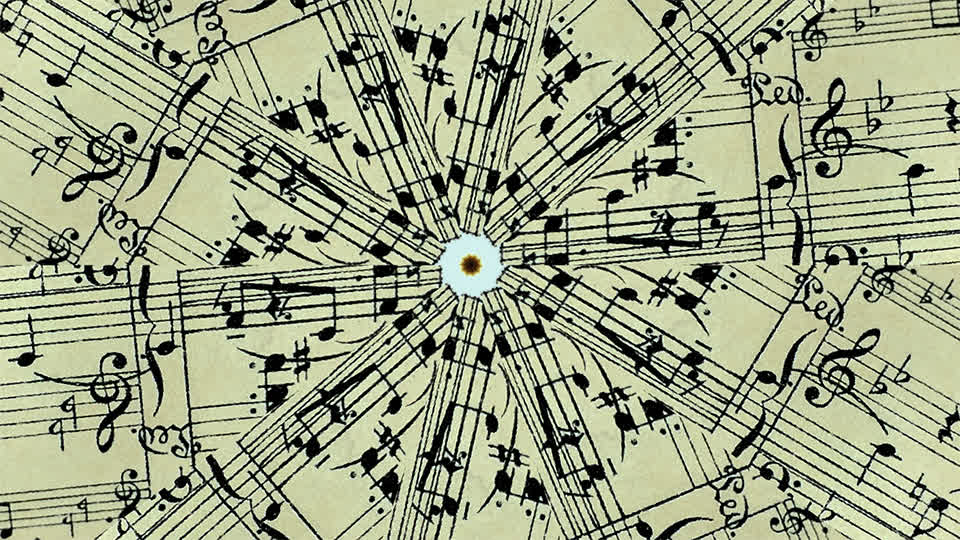 You may have learned guitar through the Rocksmith noteway or through tablature when you were getting started. As you advance as a musician, learning to read staff notation will open up opportunities to learn more music, write your musical ideas down, and communicate with other musicians. Learning to read sheet music takes time and patience, but understanding the fundamentals of what the dots and lines mean will set you up to succeed. And there might be more similarities than you expect!

Every notation system tells you what notes to play, and when to play them. Where tablature - and by extension, the RS+ noteway - departs from staff notation is that it tells you where to physically put your fingers, rather than the sounds you'll get when you play the notes. 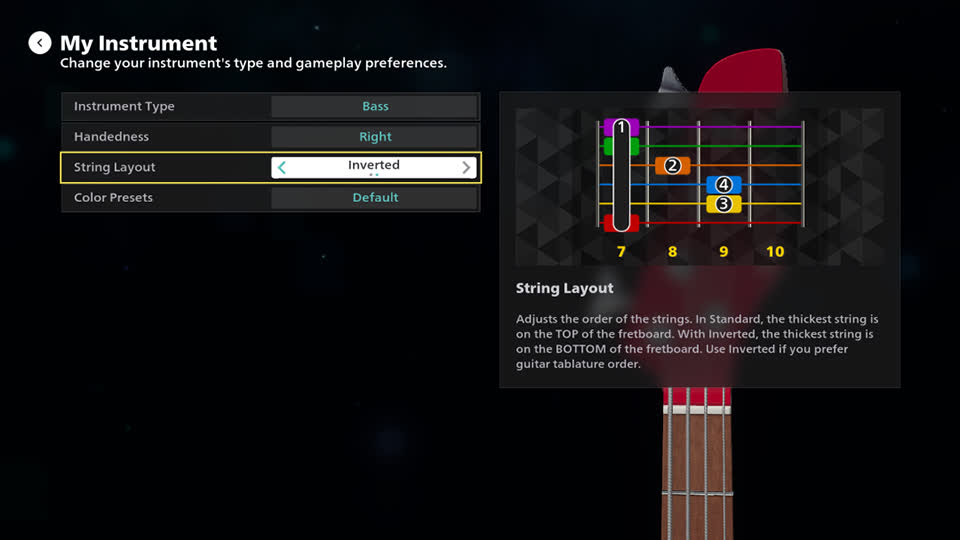 Remember that if you want the noteway to look more like tablature, you can invert your strings in the options menu. That way, the low E string appears at the bottom of your screen instead of the top.

That doesn't mean that any of these notation systems is incomplete; you can learn everything you need to know to play a song from any of them. In some respects, the ability for tablature is more effective because it can easily tackle alternate tuning systems, extended techniques like harmonics and vibrato, and repeating patterns across the neck. Conversely, staff notation is great for sharing musical ideas between disparate instruments, analyzing songs, and conversing with other musicians. Sometimes, you'll even see hybrid versions of the two: tablature with rhythmic markings above, or staff notations with fingerings written in.

In the noteway, the horizontal plane shows the frets you press down. Each line is a fret, and time is represented in a third dimension by the notes whizzing toward you. There's a lot of flexibility in this system; differently shaped notes tell you what kinds of notes (palm-muting, harmonics, etc.) to play. The sustain track shows you exactly how far to bend notes, how intense to make the vibrato on a note, or how many hammer-ons and pull-offs fit a certain note.

Rocksmith+ features a tablature mode, so you can see both the RS noteway and tab simultaneously while practicing.

Tablature is like a 2D version of the noteway. It shows almost as much information, but the time dimension is often omitted or represented by note duration markers above the staff. Compare the same riff across both systems in the screen above; the fret numbers and strings follow the same patterns. 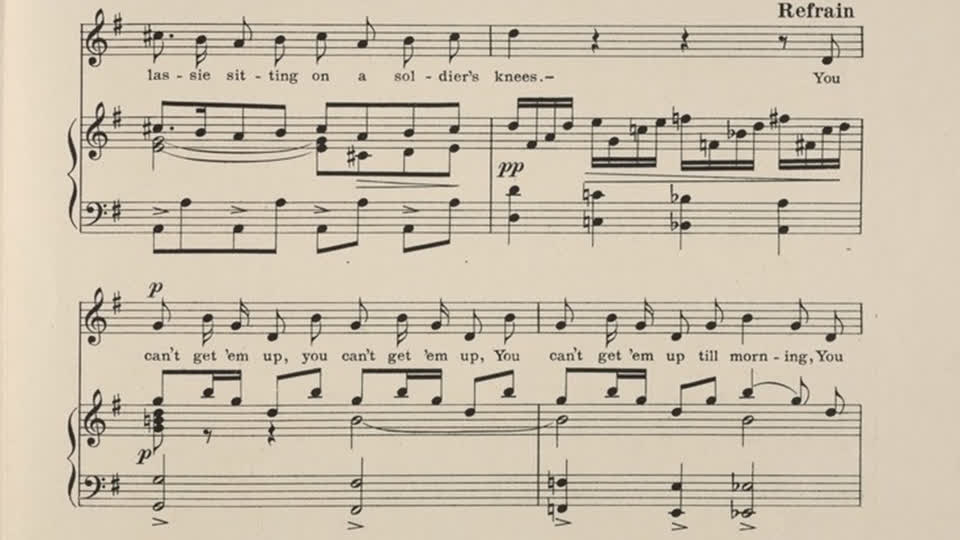 This sheet music for "The Reveille" from 1918 shows a few ledger lines in the final measure, at the lower right.

If there are notes to play that are higher or lower than what the staff lines represent, they'll appear above or below the staff on what are called ledger lines. Just think of these as a temporary add-on line to the staff and count each additional line and space until you find your note. You have to know where these notes are on the fretboard from memory in order to play them, since staff notation doesn't give you any information about which frets to play. However, the measures are shown in a similar manner in both staff notation and tablature.

All three systems are optimized for different uses, but they borrow heavily from each other. Ultimately, there's no right or wrong way to write music down; it just has to be readable in the end.

"Sheet Music Background" by Linnaea Mallette is licensed under CC0 1.0

"The Revellie" from the Library of Congress, Music Division, is in the public domain.

Learning a song is even easier with Rocksmith+, where you can take advantage of powerful practice tools, accurate note detection, and real-time feedback. Click here for more.