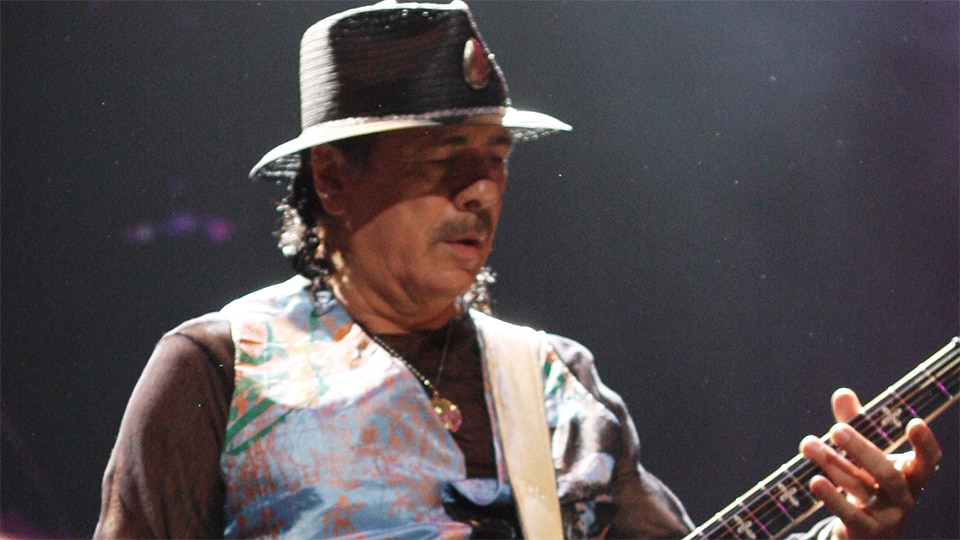 At his Rock & Roll Hall of Fame induction ceremony in 1998, Carlos Santana said six words that summed up his life as an artist: “May the music set you free.” It was a true milestone for a career that has spanned 50 years and counting, influencing generations throughout the world. Carlos has always been king when it comes to telling a story through improvisation and channeling expression through melody. His band's sound and lineup has evolved through the decades, achieving commercial and a crossover appeal, but it can all be traced back to the San Francisco Bay Area music scene of the late 60s, where Santana rose as one of the original jam bands. Carlos came from a musical family; his father, a professional mariachi musician in Tijuana, started his son on violin at the age of five. It wasn’t long before Carlos switched to guitar, as he fell in love with blues players like Muddy Waters and B.B. King. He honed his approach through his early years, gigging in dance halls and strip clubs in Tijuana as a young teenager, and it was here he built his trademark expressiveness. “When you get inside the note," Carlos once said, "you put your fingerprint on it.” It’s the ability to carry a melody and put your soul into it – to be able to communicate to an audience and tell a story through music – that defines Carlos' music.

When Carlos’s family immigrated to San Francisco in the mid-1960s, he soon found himself immersed in the local music scene. Sneaking into famous venues like the Fillmore Auditorium, he was blown away watching some of his idols like Jimi Hendrix, Miles Davis, and Eric Clapton up close in personal. Carlos turned heads with his own guitar playing at a legendary Fillmore all-star jam in 1966. The young gunslinger stood out with his fiery melodic style. Carlos soon had formed the “Santana Blues Band” with a line-up that included singer and keyboardist Greg Rolie (who helped found another Bay Area supergroup, Journey). 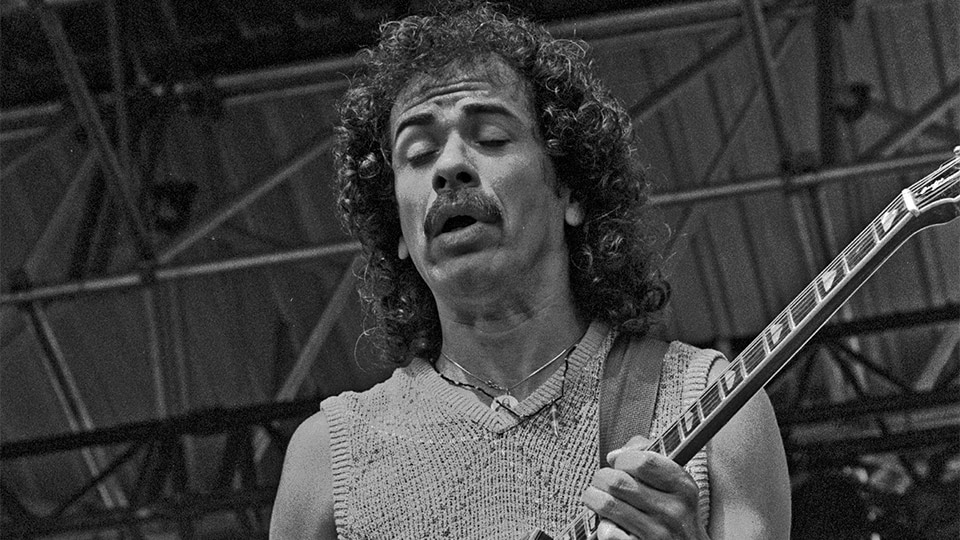 Legendary concert promoter Bill Graham took the young band under his wing, booking them as the opening act for headliners at the Fillmore. Audiences connected with the unique mix of blues jamming and Latin rhythms; the sound of congas, timbales, and other percussion laced with Gregg Rolie's organ and Carlos’s brilliant, searing, soulful leads set the band apart. They were soon at the top of a flourishing Bay Area music scene.

Santana's performance at the iconic Woodstock festival in 1969 cemented them into rock history. Bill Graham secured them a spot on the bill, but with Santana's first album not yet released, most of the roughly 400,000 audience members had never heard their music. The band delivered an unforgettable, inspired performance and become one of many festival highlights. This huge early success was a bridge from Santana's humble beginnings in the Bay Area and set the course for the career of a worldwide musical icon, five decades and counting.

Ry Kihn joined the Rocksmith team in 2016 as a transcriptionist. He studied guitar with Joe Satriani and attended Berklee College of Music. He received a BFA in Jazz Guitar Performance from California Institute of the arts. He is currently a working musician and guitar teacher in the San Francisco Bay Area.

“Carlos Santana Acer Arena” by Eva Rinaldi is licensed under CC BY 2.0