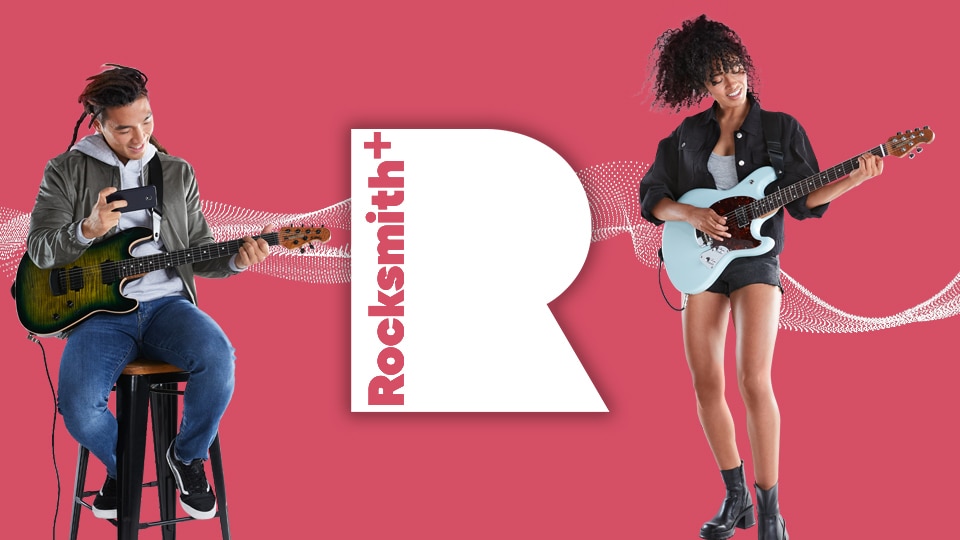 Do you like video games? I do! As an enthusiastic video game player, it was natural for me to say “Hey, we should show the real-life instrument skills in the next Rocksmith just like RPG stats” in the early stage of the project. We could easily imagine how cool it would be to see our guitar skills shown as a radar chart. So that was the concept we originally pitched to the team. Even though we already had a ‘Mastery System’ to measure your progression on each arrangement, for the next Rocksmith we needed a way to show your overall progression. That’s how the Skill Profile was created. It was a way to track a player’s musical journey through our ever-growing music library, while showing their complete growth as a musician.

We also sought to visualize the delta between your current skill level vs. the required skills in any given arrangement, display skill growth over time, and recommend arrangements or exercises to improve each skill. With that early vision we were approved to proceed to pre-production. Yay!

However, it did not take much time for us to realize it would not be so simple and easy to design.

Sometimes music can seem simple in practice but become complicated when it comes to evaluation and quantification. In the beginning, we found ourselves struggling to even organize the musical skills in categories. We had all the data we wanted, maybe even too much data, and it became difficult to visualize cleanly on the screen.

One day in the design process, we brought in one of our music specialists, Greg Studley, who has prior experience as a guitar teacher and music education writer. After some initial discussion, he provided us the structure we needed to categorize the skills tracked in Rocksmith+ and organize them by difficulty level.

With the “Skill Matrix,” we started to figure out the calculation for the skill levels. We eventually decided on the simplest option, which was to use the success rate for each skill. The goal was simple: You can see your skill progression as you can play more of those skills in the arrangement.

While we love RPGs, we made sure to stay away from a grindable system. You are NOT earning EXP to level up your Skill Profile just by the number of random hammer-ons encountered on the overworld map. Our system is a snapshot or reflection of how you are playing those techniques.

As you encounter a skill, the system starts evaluating your hit rate. You can start to see a faded bar in the graph. That represents a potential skill level you can reach by playing the skill consistently. After a certain amount of successful playing, the system gives the skill level as you can see by the solid bars in the graph. 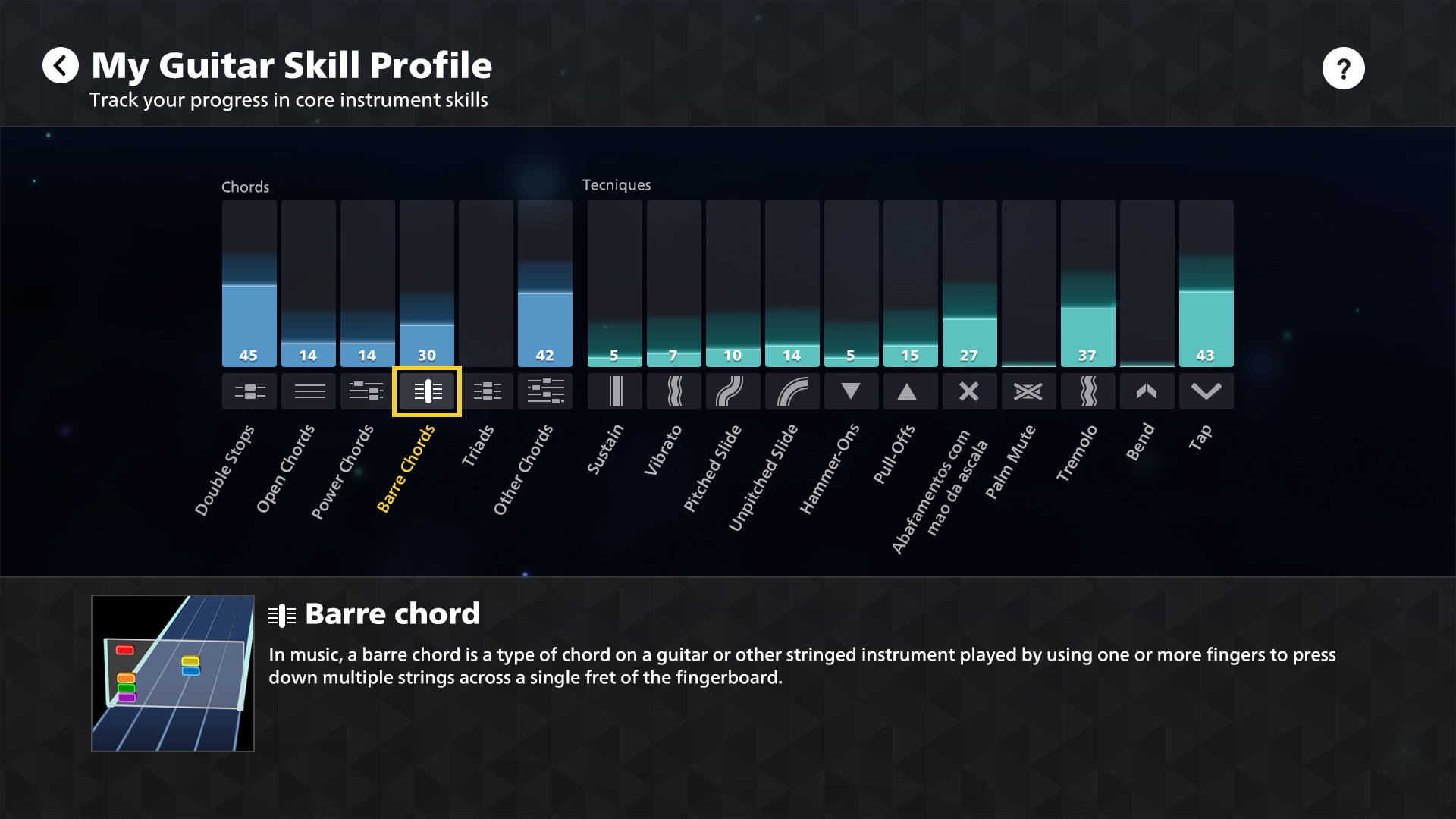 An overview of skills you’ve encountered and mastered

Taken together, this profile is able to show each player the skills they’re encountering the most in the songs they play and how well they’re mastering each technique.

It may look simple, but under the hood, we are tracking a huge amount of play data and calculating your progress accordingly. Since Rocksmith+ is a live subscription, we still have more ideas to improve and build on this feature even further in the future. But for now, I am thrilled to introduce this to you all and support your musical journey!

Asahiko Kikuchi is the lead game designer on Rocksmith+ at Ubisoft San Francisco. Asa loves to go to live- shows from local indie bands to “stadium-bands.” After the worst period of the pandemic, the recent concerts he attended were Green Day, Weezer, Japanese Breakfast, and Hail the Sun. The upcoming shows he already has tickets are The Lathums, Melt-Banana, Fontaines D.C., The Avalanches, Black Midi, and Lorde. You may see him at the venues!