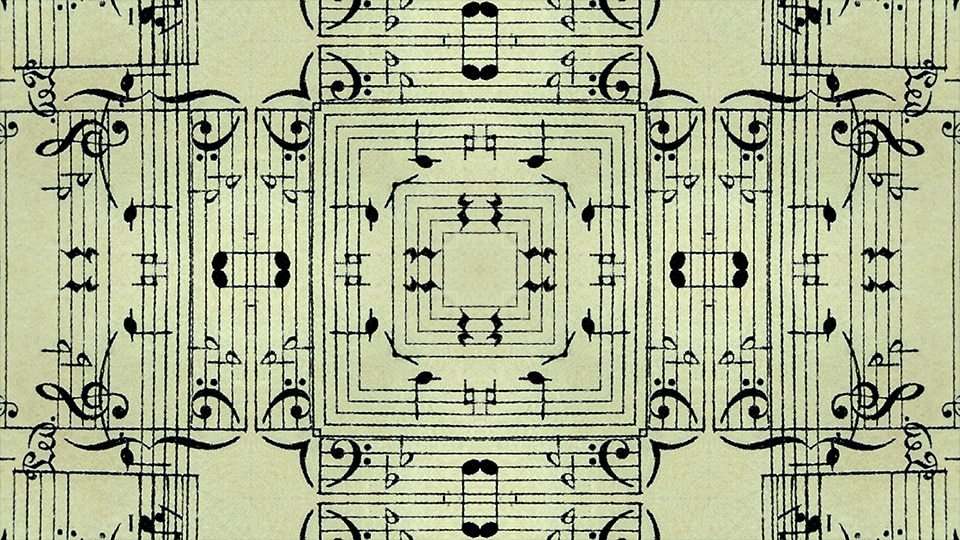 Rocksmith Reference: What is modulation?

Imagine playing along with a song when the familiar chord progression suddenly switches gears, sending the song into a new key. As you scramble to follow the new chords, you realize that few if any of them are the same as the chord progression you’d played moments before. This musical maneuver – switching from the chords of one key to the chords of another – is called modulation.

Modulation works by moving from one key to another one within the same song. More than simply borrowing a chord or two from another key, modulation is a change that lasts for a significant amount of musical time. It’s possible to modulate more than once in the same song, but each key change needs to last for at least a few measures.

While you can modulate from one key to the next in different ways, some are simpler than others. The simplest is a hard cut; one chord progression resolves in the old key; the next one picks up in the new key. Another straightforward way to modulate is to choose a chord that both keys have in common and pivot around that chord; doing so makes it possible to change keys in the middle of a phrase. 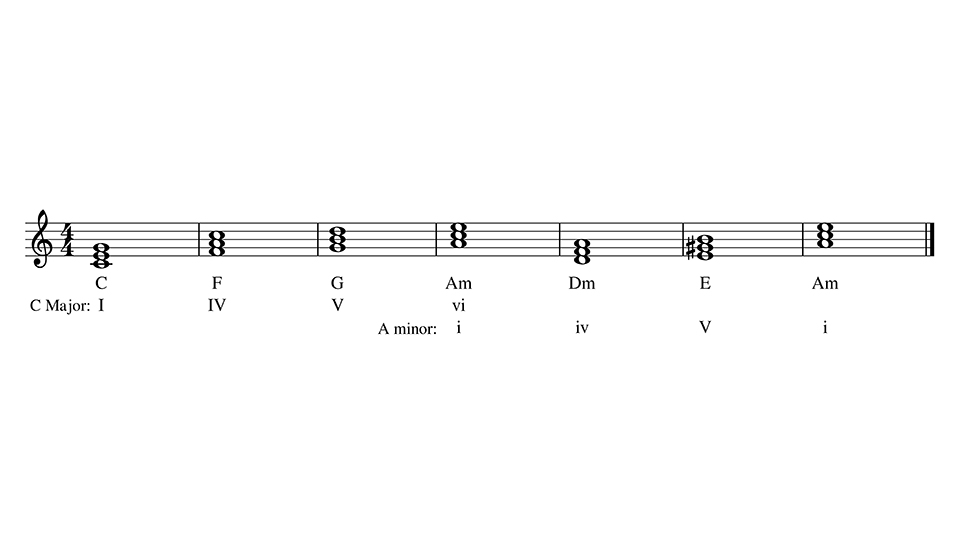 Pivot chords are a way to bridge between two related keys. Because a pivot chord has the same notes in two keys, it can be the chord that ends one chord progression while also being the chord that begins another. In the example above, A-minor is the pivot.

Modulation serves different functions in a song depending on context. It can differentiate between sections of a song like verse and chorus; it can add harmonic interest by presenting the same idea listeners heard earlier in a new key; it can heighten the emotional impact of a section by presenting it afresh. In pop music the final chorus often modulates upward by either a half step or a whole step; either modulation intensifies the excitement of the song. In Beyoncé’s “Love on Top,” modulating upward multiple times not only propels the repeated final chorus forward; it also makes the most of Beyoncé’s wide vocal range.

The ending of Beyoncé’s “Love on Top” modulates upwards four times. Not only do these modulations raise excitement in the song; modulating upwards also allows Beyoncé to feature the highest notes she can sing.

You may have also heard modulation in rock radio staples like Bon Jovi's "Livin' on a Prayer" and "Surrender" by Cheap Trick. In both songs, the modulation makes it feel like the music "kicks up a notch." You don’t need modulation to write a successful song but understanding how it works is a powerful addition to your musical toolkit. If you are playing through a song and you suddenly find yourself playing entirely different chords than what's come before, the song may have modulated. Being able to move seamlessly between two keys while you’re playing opens new opportunities to play more challenging music and serves as another way to add interest to songs that you write.

Sheet Music Background by Linnaea Mallette is licensed under CC0 1.0