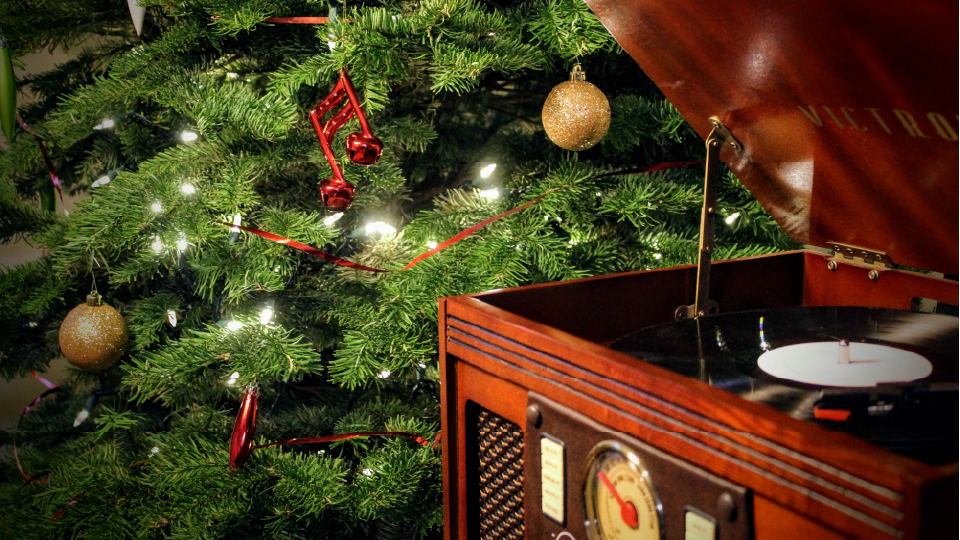 Five Essential Holiday Songs for your Listening and Learning Pleasure

We all know the music that plays at the mall while you're shopping during the holidays. The classics are the classics for a reason, and there's a lot to love and celebrate in the popular realm when it comes to holiday music. Keeping that in mind, there are so many artists over the years that have taken their own approach to writing music of this genre, and they have come up with some very compelling songs. Below are a few of our favorites that may not make it to the supermarket checkout line but well deserve to be freshening up your holiday playlists.

Dreamy indie pop band Low recorded an eight song Christmas album back in 1999, and it's as lush and gorgeous as it is melancholy. It features a few covers of songs we're familiar with; Blue Christmas, Silent Night, and Little Drummer Boy among others. However, it's the original compositions on this album that really stand out, like the slow and minimalistic Taking Down the Tree. The lyrics in which urge us to be careful and delicate while removing fragile Christmas ornaments, lamenting about "another broken reindeer" and naming other mundane tasks like "winding up the lights." The standout original, though, is the soft drum-driven opener to the album, Just Like Christmas. It's an upbeat song that kicks off the album on a high note, with lyrics about travelling (possibly touring) during a snowstorm in Scandinavia (Oslo and Stockholm are both mentioned.) There aren't many lyrics, but they set a vibrant scene. The song reminisces about being young and getting lost out in the world, highlighting how that feeling is so specific, and wondering what makes something feel like Christmas; the snow itself or the excitement and innocence of youth? Maybe a little of both.

I love a song that finds the longing and emptiness in what is otherwise deemed a mostly joyful time of year. That seems more representative of real life and the human experience, nothing is ever 100% joyful, there is always a balance. Can we all recognize that there's a loneliness that sinks in around the holidays? Anyhow, look no further than Anthony Hamilton's Christmas ballad that wonders what all the lonely folks are doing for Christmas. "What Do the Lonely Do at Christmas" was written by Carl Hampton and Homer banks, and originally recorded by the group the Emotions on the Stax Record label back in the 1970's, but Hamilton's version breathes new life into the R&B track with his powerful soul vocal performance that punches up the sadness of the lyrics. The narrator approaches the holiday season having just lost a lover, and wonders what he has left and how he is supposed to celebrate with them being absent. The guitar part is rich with minor 7 chords that help to set the somber tone and allow you to lean into your gloomier feelings around this time of the year.

Let's lighten it up a notch with this funky deep cut about the mail system running slower than usual around the holidays because everyone mails their Christmas cards last minute. Musically, it pokes fun at the classics, opening with a horn section performing a messy and drunken-sounding intro of The First Noel. What follows is a muddy electric guitar riff and feisty vocals that fit in with the dirty garage rock sound that Paul Revere & the Raiders is known for. The chorus repeats "Rain, sleet or snow, mail goes through" in a lazy, subdued singing style that's reminiscent of moody 1960's psychedelic rock like Jefferson Airplane. The song stands on its own as a great rock'n'roll tune, and the festive lyrics provide a bonus excuse to play it more often in the wintertime.

"Winter Love" is a festive song that doesn't really mention a specific holiday, but still feels joyful and hopeful, even though it's set in the cold winter months. The style is a little bit doo-wop, a little bit crooner balled with a sprinkle of classic 1950's Elvis rock'n'roll influence. It's a simple tune to learn on guitar, and the lyrics include classic love song tropes, complete with rhyming words like "fire" with "desire" and exclaiming that even a little "ice and snow" can't stop the narrator's romance from making his "heart aglow." It's love ballad songwriting 101, but it works perfectly here. The song's refrain is so catchy, it's well worth adding to your playlist during the holidays, especially you're feeling romantic.

No Holiday playlist can be complete without a festive hip-hop song. I know what you're thinking, Run-DMC's Christmas in Hollis is the default go-to in that category. I don't disagree with you (and you can also learn that song in Rocksmith!) but I have another strong candidate that deserves a listen. Hip-hop artist Sweet Tee's delightful 1980's song called Let the Jingle Bells Rock opens with the line "What, you didn't know Christmas went hip-hop? Check the clock, and let the jingle bells rock." The verses further set the scene with festive language, brilliantly rhyming things like "Chestnuts roasting, champagne toasting, kids on the corner with their new toys, boasting." She utilizes classic imagery (like the chestnuts) while also bringing in some unique modernized details like "Santa on the corner getting cash for the poor." The guitar accompaniment is extremely beginner-friendly, and it's a great way to practice strumming patterns on the A chord. The simple guitar arrangement allows you to focus on nailing the complex vocal part if you choose to accept the challenge. What, you didn't know Christmas went hip-hop?

This fun and easy rock'n'roll Christmas song doesn't get nearly the attention it should for how simple yet effective it is. The narrator doesn't want to go out drinking with his buddies or receive any gifts this holiday, he just wants to rock'n'roll with his baby. That's it, nothing fancy. The guitar part is straight forward, a very simple jaunt strumming through familiar chords. The chorus is catchy and easy to sing along to. A fresh and upbeat add to your holiday playlist.

Whether you're figuring out what songs to add to your band's holiday set, or you're just looking for new music to brighten up the holiday season, we hope this list of songs has been helpful! Learn them in the Rocksmith+ app to impress your friends and family with something they haven't heard a million times this holiday season. There are plenty more songs to learn in the Rocksmith+ app that align with the holidays, from the classics to the more obscure, we've got you covered! Happy Holidays!

"Christmas Record Player" is the author's own.