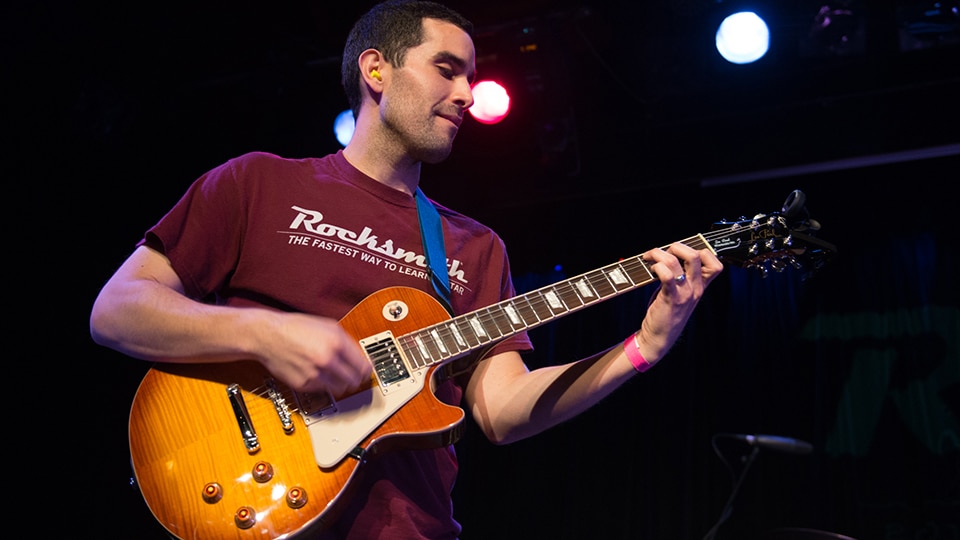 The Making – and Re-Making – of Bachsmith’s “Ode to Joy”

In our romantic notions, a song emerges fully formed directly from the soul of its creator. In reality, the path from inspiration to final recording takes many twists and turns, diving down blind alleys and backtracking again and again before it gets where it needs to be.

The Rocksmith team experienced this first-hand when we set out to create a new arrangement of Beethoven’s “Ode to Joy” for our second Bachsmith pack. We had the advantage of working with outstanding source material, but in spite of that — or maybe because of it! — we found ourselves working on something that wasn’t conveying the full spirit of the original masterpiece.

The challenge of arranging “Ode to Joy” from Beethoven’s 9th Symphony fell to veteran notetracker and guitarist Anthony Martinez. Anthony's primary goal was to make something approachable and instructional — something that could be not only learned but mastered by an intermediate guitarist, or even an ambitious beginner. Here’s a taste of what his first arrangement sounded like.

Here, Anthony presents the basic melody over a simple rhythmic accompaniment. There is real variation here, but it’s kept in check. There are no alternate melodies presented, and no solo, but there’s really nothing wrong with it -- this demo could have been the basis for a perfectly acceptable Bachsmith arrangement. But after discussing it with the rest of the team, we knew we could make it better.

Our goal with Bachsmith has always been to make things satisfying for the fingers and the ears—not just exercises, but fully realized musical experiences. With the “Ode to Joy,” there were just so many places we could go. There were other themes in Beethoven’s original that we could incorporate; there were sections that could be extended, re-harmonized, and re-arranged. There was scope to include more of Anthony’s own musical identity in the performance. In short, there was much more Joy to be had.

After some team discussion, including input from project coordinator Brian McCune, Anthony went back to the drawing board and came back with this:

Now we have incorporated contrasting sections, added a solo, and ramped up the energy level across the board to something more joyously in-your-face. The consensus was that this was a good direction, and so the real work of finessing, polishing, and sweetening the arrangement began.

Humbly, we think it was worth it. We’ve been thrilled to see how the players have connected with these versions. Bachsmith is very special to us here at the studio, and we want to sincerely thank all the musicians, engineers, and support staff who helped us make this happen. Most of all, we want to thank everyone in the Rocksmith community for their support as we try new ideas in the larger context of Rocksmith.

Here’s the final track, played by Anthony and Brian, on our weekly Twitch stream during the launch week of Bachsmith II.

Jarred McAdams joined the Rocksmith team in 2011. He studied composition at the Oberlin Conservatory of Music and holds a Masters degree in composition from Mills College. Jarred has served as a composer, performer, writer, and video producer for a wide variety of artistic and commercial projects and has worked on a number of music game franchises since 2008.