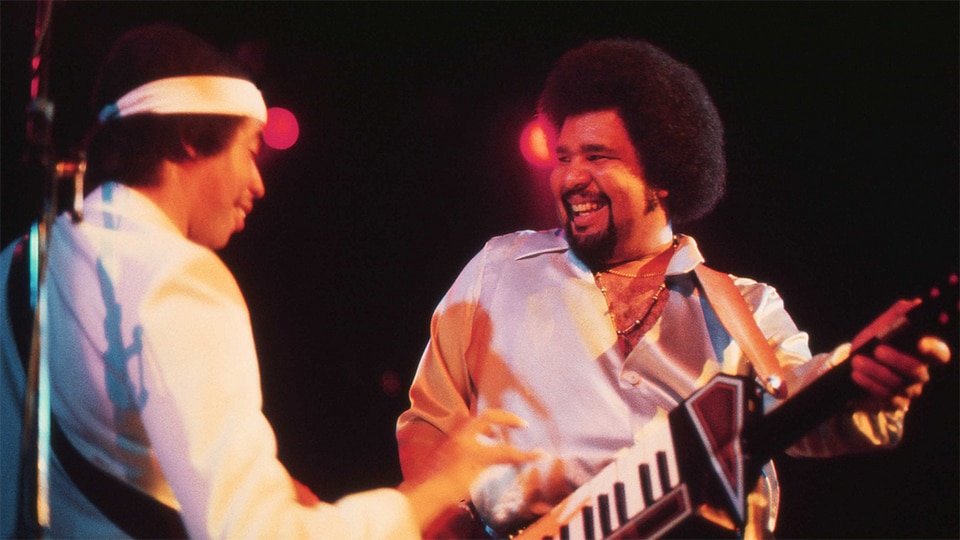 What is the key of George Duke’s “Reach Out"?

George Duke was on a roll when he released Guardian of the Light in 1983. He'd already played with The Mothers of Invention in the 1970s and produced albums for artists like Gladys Knight, The Pointer Sisters, and Smokey Robinson in the 80s; now he was ready to tackle an ambitious solo project: a soundtrack to an imagined Afrofuturist action film akin to Star Wars. Fueled by Thriller bassist Louis Johnson’s driving bass lines, “Reach Out” crackles with infectious energy. George used several techniques to maintain the song’s momentum…and create a little confusion.

The Dm groove at the beginning of “Reach Out” establishes the key after the intro moves stepwise from Dm (i) down through C (VII) and Bb (VI), eventually ending the phrase back on C (VII). In terms of functional harmony, VII is an odd choice as an ending; there is no leading tone and it doesn’t resolve back to Dm easily. 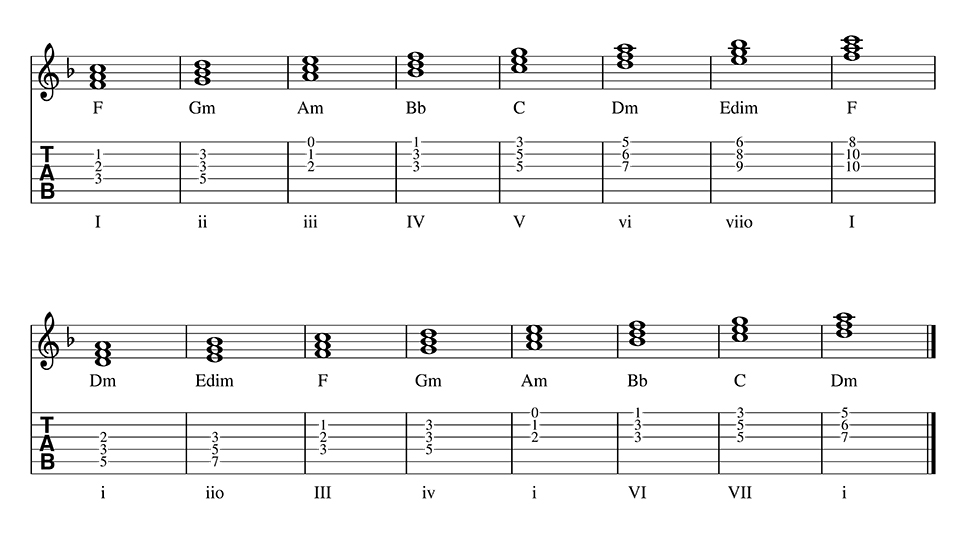 Bb, C, and Dm could easily be the IV, V, and vi chords of F major, shown above; they also double as the VI, VII, and i chords of D (natural) minor, shown below.

The verse progression moves downward to a Bb again but Louis continues to play a C beneath it, called a pedal point. A pedal point is like a drone – a bass sustaining the same note beneath several consecutive chords. The progression oscillates back and forth over Louis’s pedal point, sounding more and more like a V chord in F major. The melody also sits on scale degrees 1, 2, and 3 of F major (quite literally do-re-mi, to put it in The Sound of Music's famous context), driving home the sound of a major key, setting up the expectation for a V-I cadence in F major…which never happens. Instead, the chorus returns to a D-minor chord progression without any clear moment of repose (or tonic resolution).

Clearly, the harmony you might learn in Music Theory 101 doesn’t explain what’s going on here very well. The harmony here is more like what ethnomusicologist Peter Manuel calls dual tonicity. Dual tonicity allows more than one chord to sound like a tonic where functional harmony only allows for one, cycling between them rather than moving toward a single harmonic “goal.” This theory makes for a more satisfying explanation of repetitive chord progressions in popular music; “breaking the rules” of functional harmony is a feature rather than a bug.

So, is “Reach Out” in D minor or F major? Well, both and neither. It would be tempting to say that the whole song was in F major since all the chords belong to that key, but there is no tonic and the melody implies both F major and D minor. Moving between two overlapping key areas allowed George to dial the emotional content of the song up and down without needing to also change the chord progression dramatically. If you find yourself struggling to figure out what key a song is in, consider the possibility that it may be in more than one, and possibly multiple keys at the same time.

This is just one song in the growing Rocksmith+ song library that you can learn to play. Take the next step on your musical journey.