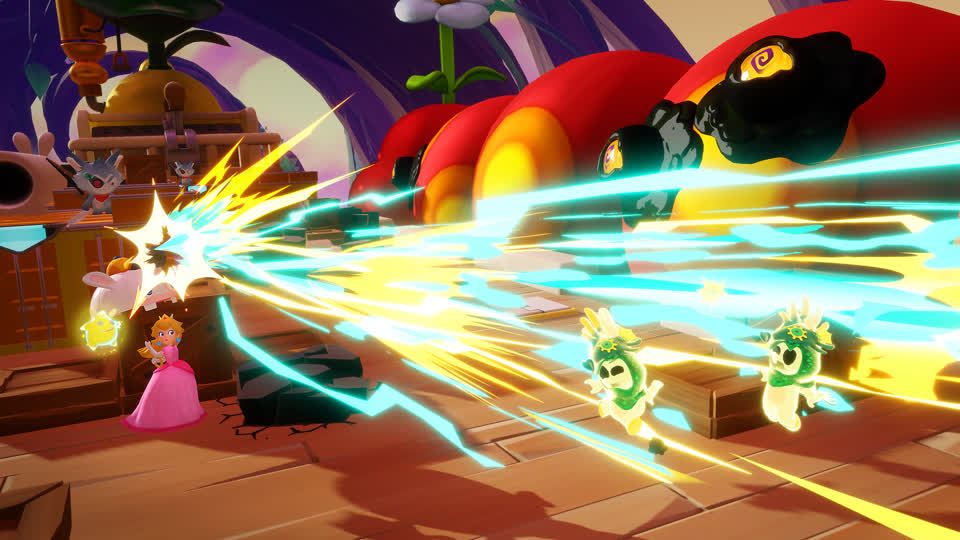 Mario and his friends face off against the well-known Wiggler in this exclusive battle sequence! Dive in and learn more about the new gameplay mechanics of Mario + Rabbids Sparks of Hope.

In your quest to save the galaxy, you will travel to Terra Flora, a once vibrant planet that has fallen under the rule of Cursa. To save Terra Flora, you will have to take down mischievous Rabbids enemies and face off in a boss battle against a massive Wiggler, who is enraged and infected by Cursa’s dark influence through Darmess eyes.

Be ready for the battle: select your dream team trio and pair them with Sparks, to benefit from the wild possibilities that they can provide during combat. Optimise, strategise, and remember to get help from the Sparks!

The Wiggler Fight is only one of the epic quests and wild tactical battles that awaits you in Mario + Rabbids Sparks of Hope! 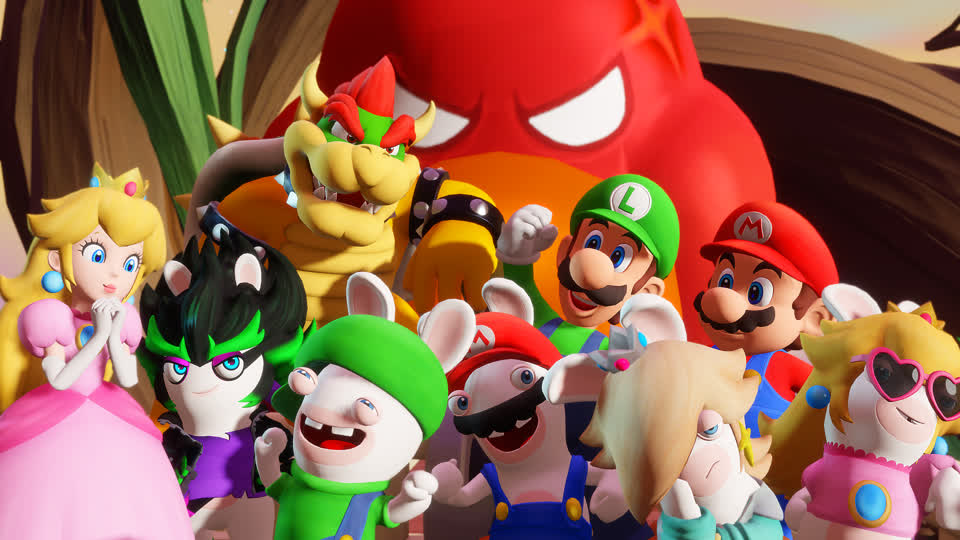 Rayman as a playable character in DLC3!

Revealed at the end of the Ubisoft Forward segment, Rayman will reunite with the Rabbids and star in the game's third DLC expansion. You will be able to play as him alongside Rabbid Peach and Rabbid Mario in an exciting new adventure available in the DLC 3. 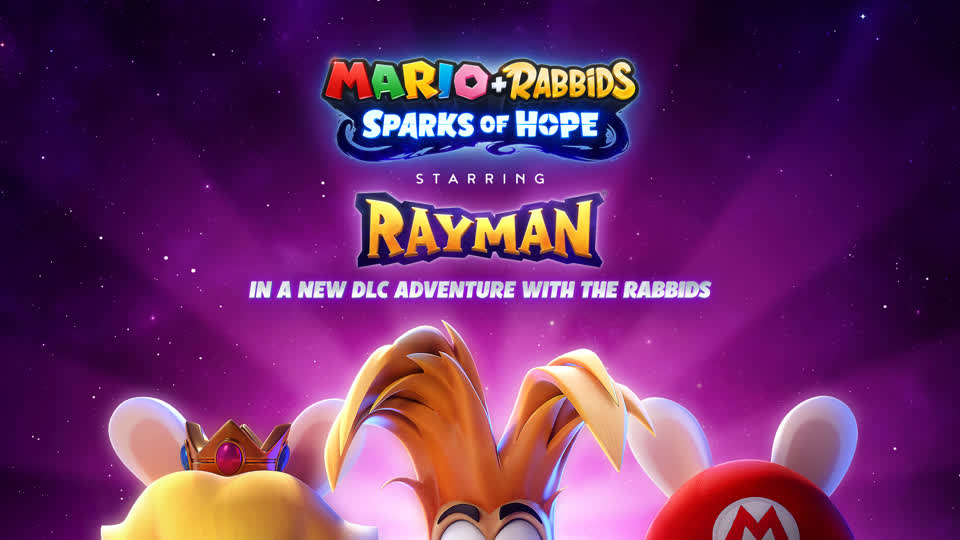 The DLC featuring Rayman will be available for standalone purchase or as part of the Season Pass, which can also be purchased as a part of the Gold Edition.
Jump into a galactic journey on October 20th by getting your own copy of the game. Pre-orders are available on the Ubisoft Store.

Pre-ordering Mario + Rabbids Sparks of Hope will allow you to enjoy the Megabug Collection on 9 weapon skins, to play ever more so in style! 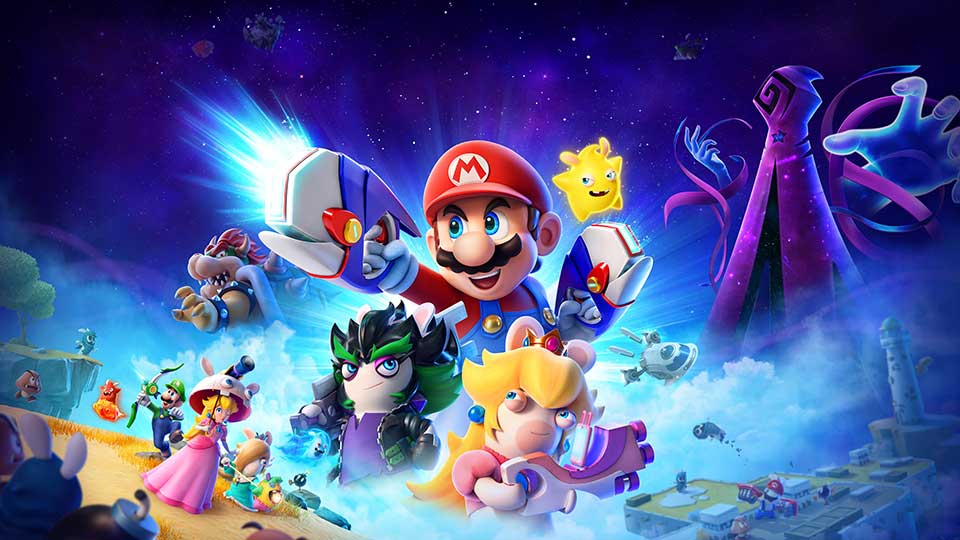 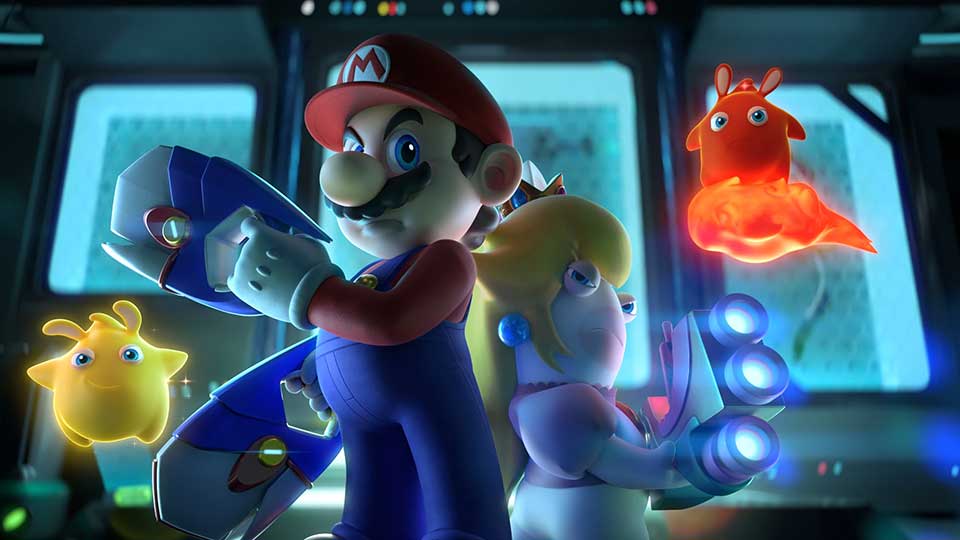