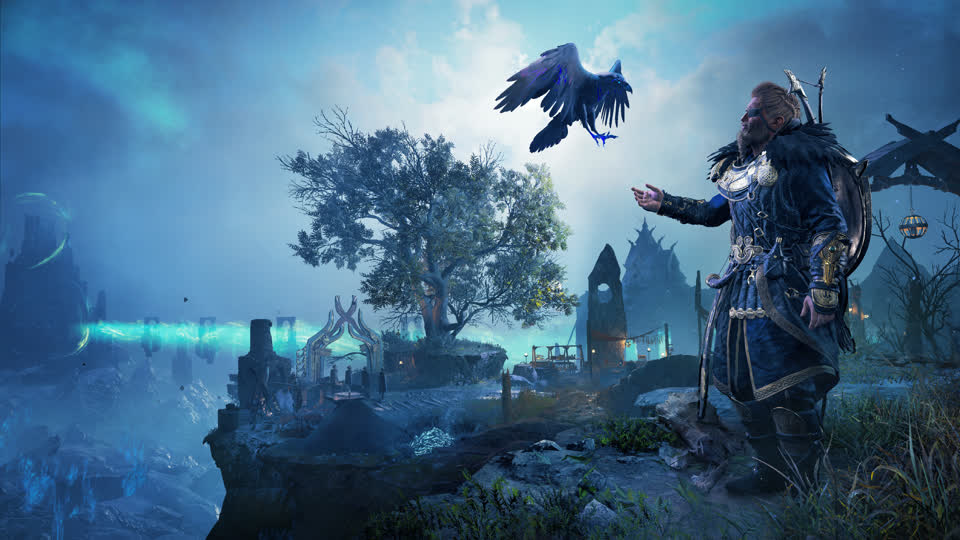 Baldr, the Norse god of light and purity, is lost to Niflheim. Odin, mad with grief, refuses to accept that his son lies in the misty realm of the dead. Defying fate, the All-Father plunges into the depths of Niflheim to push through the hostile lands, but Niflheim is a realm of the dead, and the living are not welcome.

This free game mode is inspired by the rogue-lite genre and presents players with a new challenge as enemies are relentless and every choice counts. 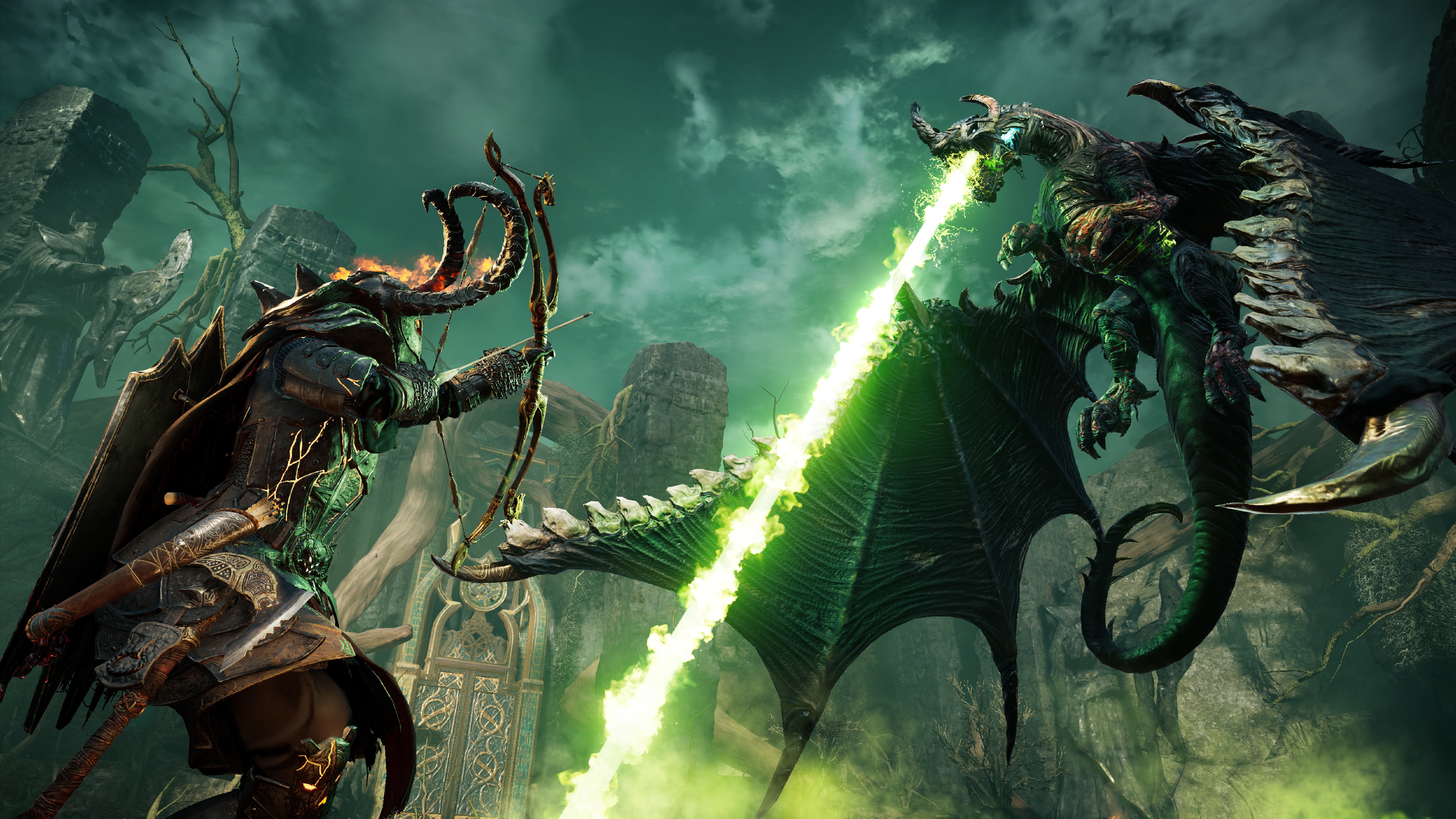 As with other rogue-lite experiences, Forgotten Saga pushes players to their limits with difficult enemies and a hostile world. Players progress through the world in a single run to try to conquer the depths of Niflheim, but death is natural part of the experience and will be a frequent part of your adventures. With each death, you will return to the start with opportunities to upgrade Odin and grow in strength for your next attempt with further insights on how to overcome the challenges ahead. 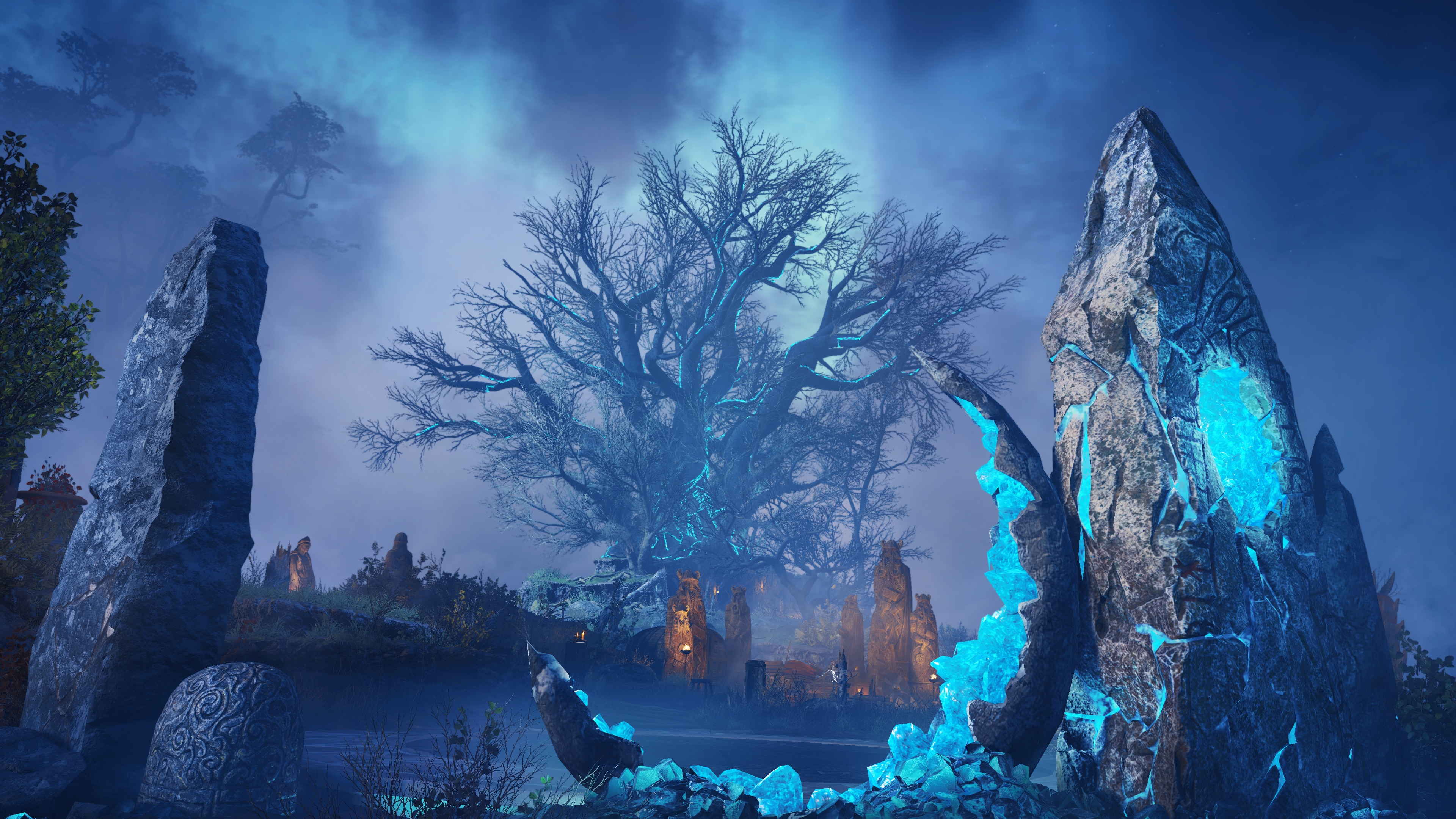 The lands of Niflheim are harsh and unforgiving. You will journey through various regions such as the ice-cold Kaldstad and the poisonous swamps of Nidheim, all the way to Hel’s Castle. Moving through these lands is no easy feat as Hel’s minions patrol the area, ready to attack any intruder on site. Before you can push into the next zone, you must contend with a champion of the goddess. Each zone has its unique adversary that you can only battle in the Forgotten Saga expansion.

Your exploration of the world will be awarded with advantageous perks, gear, and abilities to tackle challenging enemy groups, as well as secret areas for our eagle-eyed players. While exploring the world, Odin will encounter other NPCs offering optional side quests that cannot all be completed in one run. 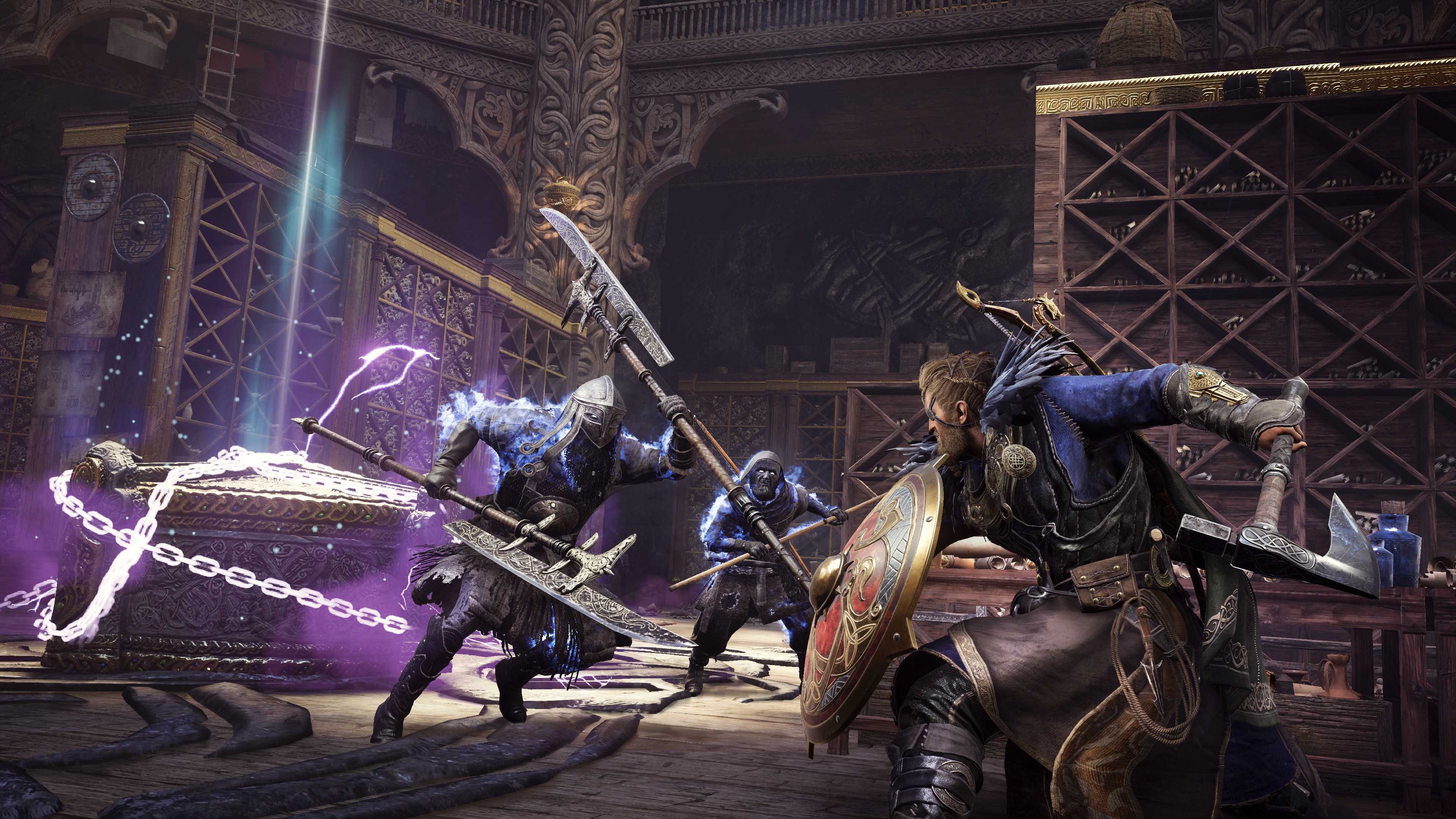 Gear has been completely re-imagined for Forgotten Saga. Upon entering Niflheim, Odin will have none of the gear they brought with them and will instead be forced to face the threats of Hel’s domain with an entirely randomized loadout.

As you progress through multiple runs, your loadout will be impacted by your own strategic choices. You will be able to improve your chances of survival by defeating enemies, earning new weapons, outfits, and runes through world events, or by spending hard-earned coins at the merchant's store. While Odin can use several runes to gain power, only one weapon can be equipped to a slot at any given time. Every decision you make will need to be carefully considered, because if Hel’s legion gets the better of you, you will be stripped of your powerful gear and sent back to the start.

Death will come for you, but you need not fear it. Each time Odin is expelled from Niflheim, you will be given ability points to upgrade an all-new skill tree, increasing your strength and improving the odds of receiving powerful weaponry and runes. 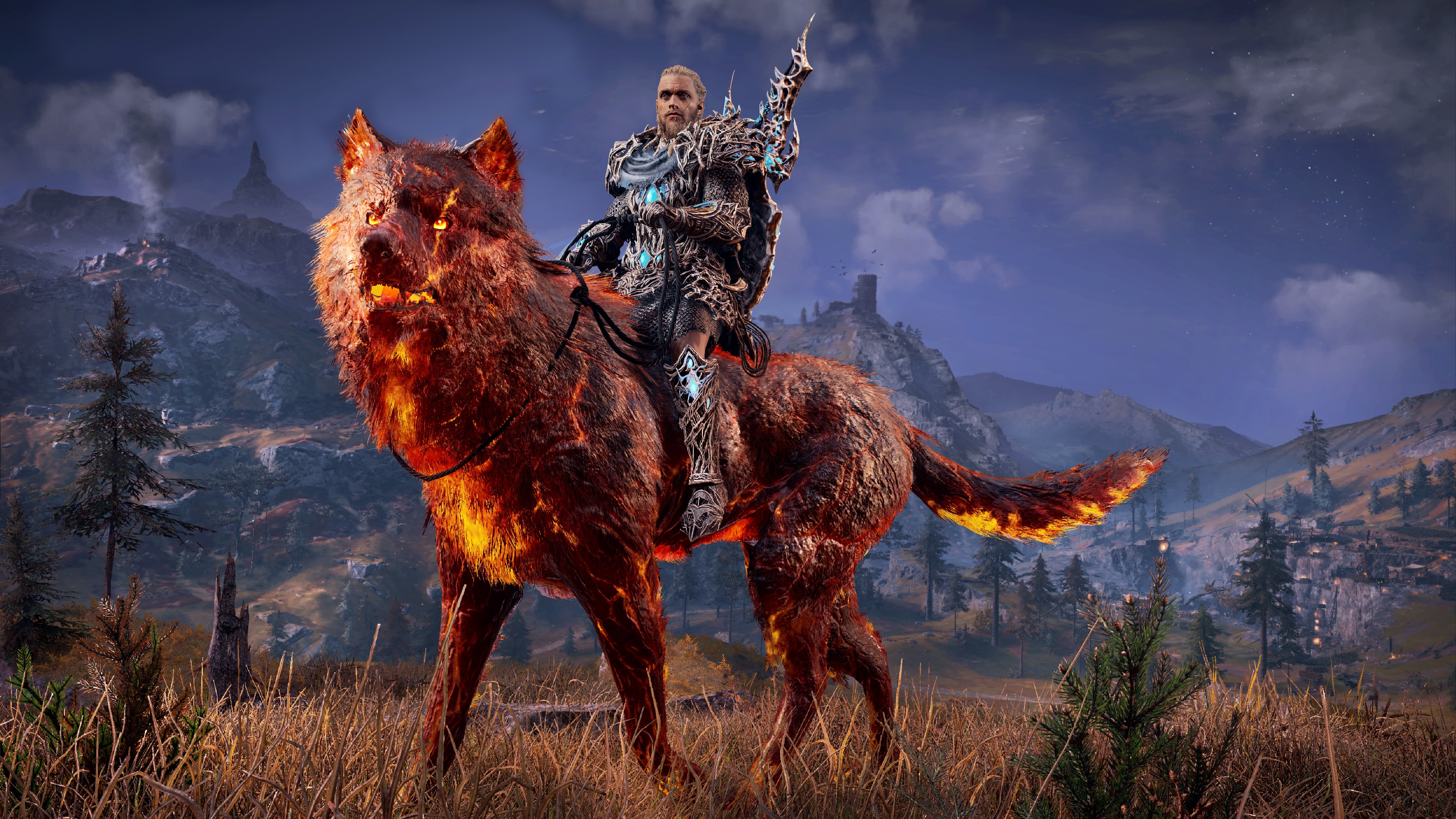 With each run through Niflheim, you will earn currency to upgrade Odin and purchase new perks and abilities to become stronger. New tattoos, mounts, and raven skins are available in Ravensthorpe for you to buy with currency from your playtime. For those ready to face the ultimate challenge and defeat Hel’s forces and best the goddess herself, a unique gear set will be rewarded for the Wolf-Kissed to be used while traversing the regions of England. 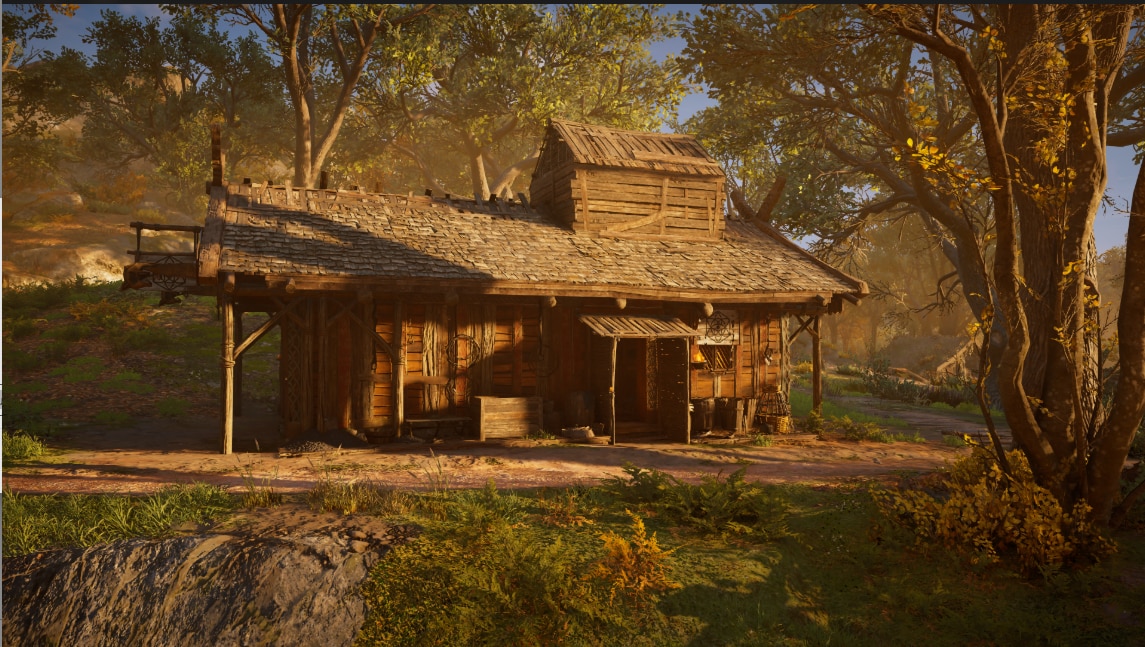 Forgotten Saga can be accessed via the new Everold’s Hut in Ravensthorpe, which can be built once you have travelled to Asgard for the first time. Once the hut is built, you are free to enter Niflheim at any point, as there are no power level restrictions.

So, grab your axe and prepare to defy death!