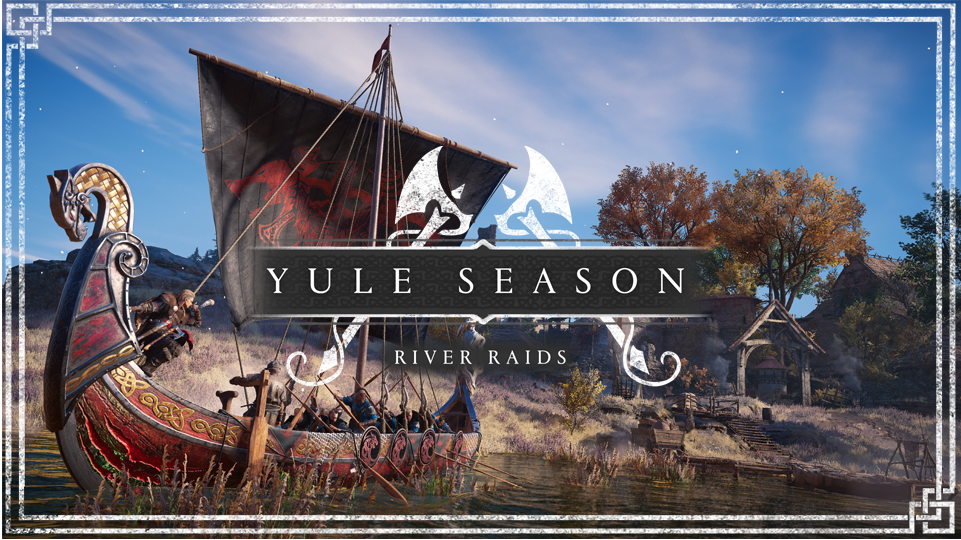 Not everything can be mapped. Vagn and his crew arrive in Ravensthorpe on February 16 and are eager to reveal new routes of England’s coasts in exchange for mere friendship, an offer you can’t refuse! Create your own formidable Jomsviking crew to raid settlements and military camps for supplies, rations, and more. Beware! As you sail downriver, so will the news of your raids, which will alert targets and give them time to prepare. Luckily, you can be prepared as soon as Vagn docks. Synin scouted ahead and shares news of the River Raids below.

BEFORE YOU SET SAIL

Every successful raid needs a starting point. In Ravensthorpe, head to the docks in your expanded settlement to meet Vagn and to construct new docks and barracks. The all-new longship is exclusive to River Raids and is fully customizable with all owned cosmetics.

Complete the River Raid tutorial and build the Jomsviking Hall to attract other Jomsvikings interested in joining your lucrative raids. 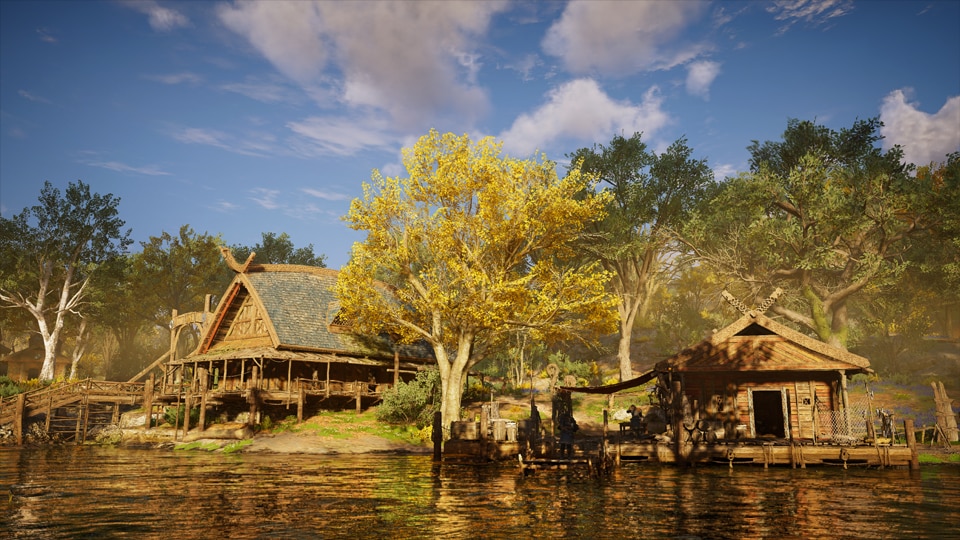 You’ll also find a new array of passive and active skills available, with nodes that can bolster your longship and crew. These new skills will help you on your journey along the river, both on and off the water. Be sure to grab them quickly. The River Raids and skill nodes are now a permanent part of the Assassin’s Creed® Valhalla experience, not a timed event. So, gather a bit of silver and some additional power, and you’re all set! 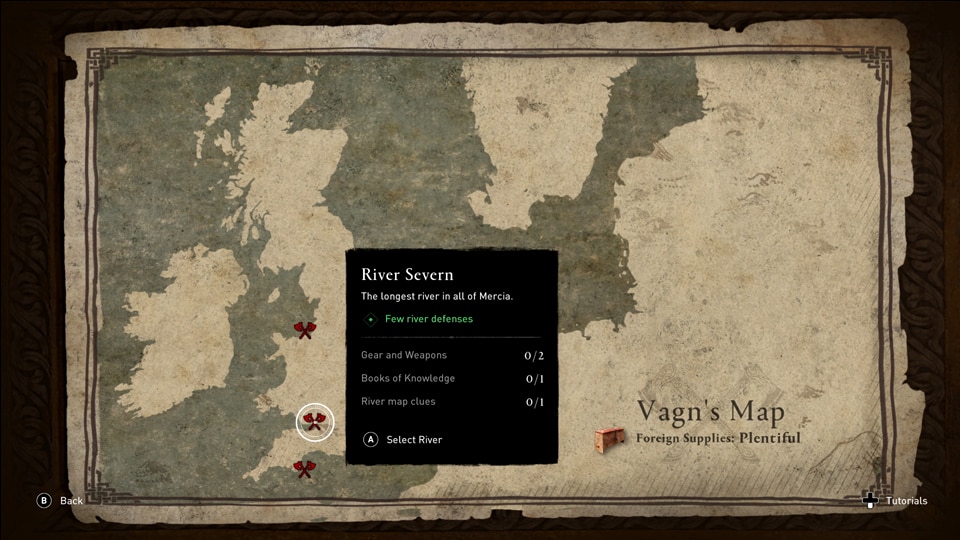 You’re now ready for River Raids, and Vagn and the crew await! Choose a replayable route on Vagn’s Map, which varies in difficulty and loot. More routes can be discovered in the future. Eivor’s alliances will remain intact, and they will be unaffected by the chosen coast. The longship contains a unique crew of Jomsvikings customized by interacting with Vagn. Select your most seasoned Jomsviking, who will then earn a special loyalty bonus for joining the raid. Loyal Jomsvikings obtain a combat boost with each new level and the ability to carry more rations, which will prolong your raid time. More time means more loot! 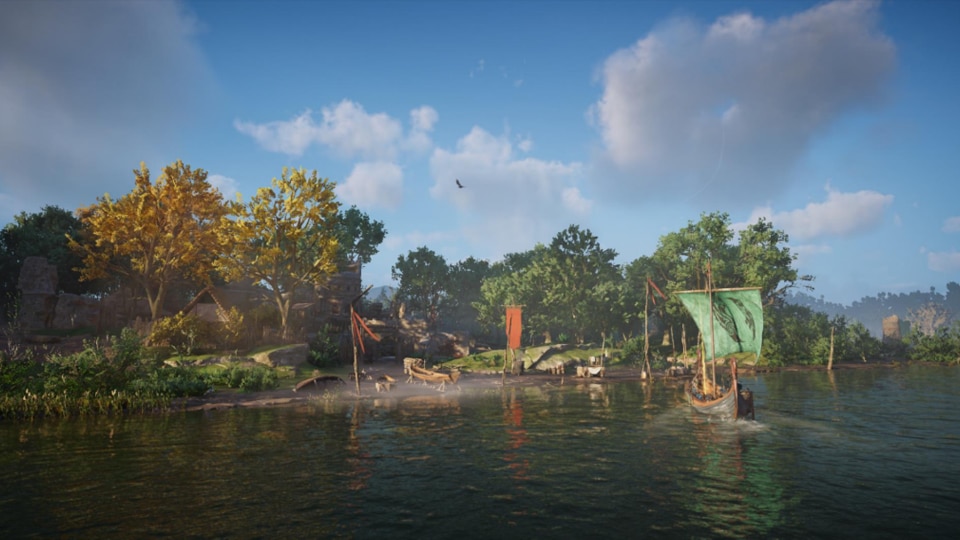 Follow the river and use your horn to pillage settlements, monasteries, and military camps along the way. Fights get tougher as enemies rally to hold you off, so the increasing danger is real, and there’s no coming back! If you die, all your hard-fought raid progress and rewards are lost to Hel. But don’t worry, should your Jomsviking fall, they will return once you’re back at Ravensthorpe, ready for the next raid!

It’s all about the loot! Along with the trail of fire and blood, breakables are littered throughout each location containing rations and resources. For the big payoff, call on your Jomsvikings to open doors and chests for runes, supplies, Books of Knowledge, and more across enemy camps, forts, and monasteries.

Learn new abilities that can only be acquired through River Raids, like the insidious Berserker Trap, the bloodthirsty Battle Cry, and a Drengr’s best friend: Shoulder Bash. These are all tools that will make pillaging more ruthless and efficient. Once you’re done raiding and have safely returned with your loot, use the newly captured foreign cargo to upgrade your Jomsviking Hall and attract higher level Jomsvikings. Players can also upgrade the River Raid Longship, or they can trade with Vagn for cosmetic schemes, such as Saint George’s Legendary Armor. 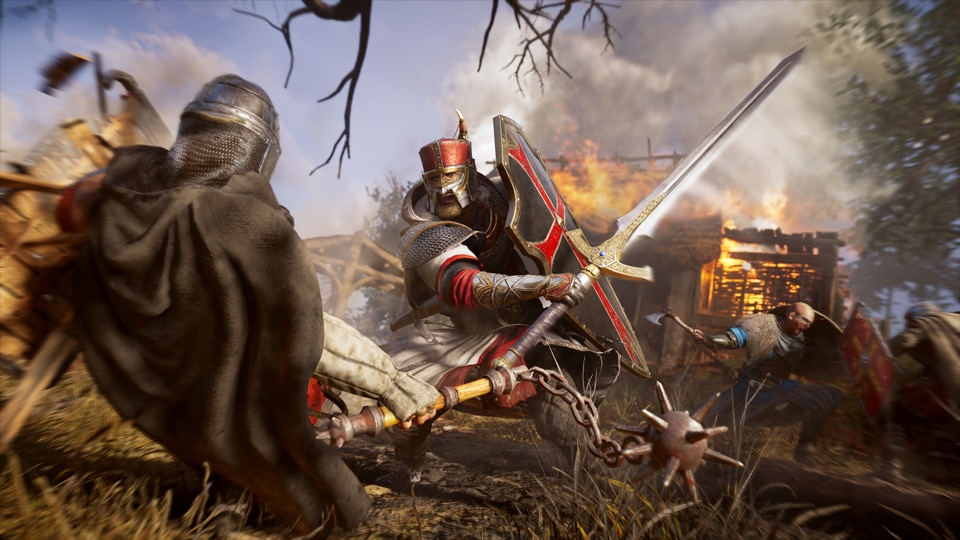 Sound the horn, drive fear into hearts, and use the rivers to raid great treasures! Keep a beady eye on further things to come this season with the latest update, Title Update 1.1.2.